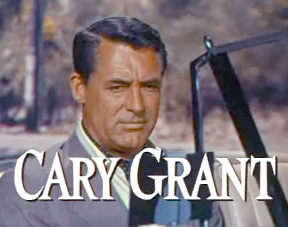 Archibald Alec Leach was born in , , in 1904 to Elsie Kingdom and Elias Leach. [cite web | url = http://www.geneall.net/U/per_page.php?id=987018 | title = Elsie Kingdom | accessdate = 2008-07-12] [cite news | url = http://www.carygrant.net/articles/epitome.htm | title = Movies' Epitome of Elegance Dies of a Stroke | author = Eric Pace | work = | date = | accessdate = 2008-07-12] An only child, he had a confused and unhappy childhood, attending Bishop Road Primary School. His father placed his mother in a when he was ten and his mother never overcame her depression after the death of a previous child. His father had told him that she had gone away on a "long holiday" and it was not until he was in his thirties that Leach discovered her still alive, living in an institutionalized care facility.

He was expelled from the in in 1918. He subsequently joined the "Bob Pender stage troupe" and travelled with the group to the as a stilt walker in 1920, on a two-year tour of the country. When the troupe returned to , he decided to stay in the US and continue his stage career.

After some success in light Broadway comedies, he went to in 1931, where he acquired the name Cary Lockwood. He chose the name Lockwood after the surname of his character in a recent play called "Nikki". He signed with , but while studio bosses were impressed with him, they were less than impressed with his adopted stage name. They decided that the name Cary was OK, but Lockwood had to go due to a similarity with another actor's name. It was after browsing through a list of the studio's preferred surnames, that Cary Grant was born. Grant chose the name because the initials C and G had already proved lucky for and , two of Hollywood's then-biggest movie stars.

Having already appeared as leading man opposite in "", his stardom was given a further boost by when she chose him for her leading man in two of her most successful films, "" and "" (both 1933). [Encyclopedia Britannica, Cary Grant biography ] "I'm No Angel" was a tremendous financial success and, along with "She Done Him Wrong", which was nominated for an , saved Paramount from bankruptcy. Paramount put Grant in a series of indifferent films until 1936, when he signed with Columbia Pictures. His first major comedy hit was when he loaned to 's studio for the 1937 Topper (which was distributed by ).Grant starred in some of the classic screwball comedies, including "" with , "" with , "Arsenic and Old Lace" with Priscilla Lane, and "Monkey Business" with . His role in "" with was the pivotal film in the establishment of Grant's screen persona. These performances solidified his appeal, and "", with Hepburn and James Stewart, showcased his best-known screen persona: the charming if sometimes unreliable man, formerly married to an intelligent and strong-willed woman who first divorced him, then realized that he was&mdash;with all his faults&mdash;irresistible.

Grant was one of Hollywood's top box-office attractions for several decades. He was a versatile actor, who did demanding physical comedy in movies like "Gunga Din" with the skills he had learned on the stage. said that Grant was "so far the best that there isn't anybody to be compared to him". [Interview of Howard Hawks with Joseph McBride, in Hawks, Howard and Gerald Mast, "Bringing Up Baby", p. 260. New Brunswick, NJ: Rutgers University Press, 1988.]

Grant was a favorite actor of , notorious for disliking actors, who said that Grant was "the only actor I ever loved in my whole life".

Grant was considered a maverick by virtue of the fact that he was the first actor to "go independent," effectively bucking the old studio system, which almost completely controlled what an actor could or could not do. In this way, Grant was able to control every aspect of his career. He decided which movies he was going to appear in, he had personal choice of the directors and his co-stars and at times, even negotiated a share of the gross, something unheard of at the time, but now common among A-list stars.

Grant was nominated for two in the 1940s. He was denied the Oscar throughout his active career because he was one of the first actors to be independent of the major studios. Grant received a special Academy Award for Lifetime Achievement in 1970. In 1981, he was accorded the .

Although Grant had retired from the screen, he remained active in other areas. In the late 1960s, he accepted a position on the board of directors at . By all accounts this position was not honorary as some had assumed, as Grant was regularly attending meetings and his mere appearance at a product launch would almost certainly guarantee its success.

In the last few years of his life, Grant undertook tours of the United States in a one man show. It was called "A Conversation with Cary Grant", in which he would show clips from his films and answer audience questions. Grant was preparing for a performance at the in on the afternoon of , when he suffered a massive . He had suffered a minor stroke in October 1984. He died later that night at St. Luke's Hospital at age 82.

Grant's personal life was complicated, involving five marriages. His first wife, , divorced him on , following charges that Grant had hit her. They had wed on , .

Grant married the ultra-wealthy socialite and became a father figure and lifelong influence on her son, , who died in a plane crash. The couple were derisively nicknamed "Cash and Cary," although in an extensive prenuptial agreement Grant refused any financial settlement in the event of a divorce. After divorcing in 1945, they remained lifelong friends. Grant always bristled at the accusation that he married for money. He said with his typical wit, "I may not have married for very sound reasons, but money was never one of them."

Grant married his third wife, the actress , on , . He appeared with her in two films. This would prove to be his longest marriage, ending on , . Drake introduced Grant to , and in the early 60s he related how treatment with the hallucinogenic drug—legal at the time—at a prestigious clinic had finally brought him inner peace after , , and had proved ineffective.

His fourth marriage, to actress , who was thirty-three years his junior, took place on in Las Vegas. The marriage was followed by the premature birth of his only child, , on , when Grant was sixty-two. He frequently called her his "best production", and regretted that he hadn't had children sooner. The marriage was troubled from the beginning and Cannon left him in December 1966, claiming that Grant flew into frequent rages and spanked her when she "disobeyed" him. The divorce, finalized in 1968, was bitter and public, and custody fights over their daughter went on for around ten years.

On , Grant married his long-time companion, British hotel PR agent Barbara Harris, who was forty-seven years his junior. Harris was by his side when he died.

Grant became a naturalized U.S. citizen in 1942 in order to defuse the scandal resulting from his failure to return to Britain to serve in the military. He had, in fact, volunteered for service in the as early as 1940, but at 36 was past the then-maximum enlistment age. This prompted Grant to declare that he wanted to go back to do his bit, even if it meant being a "fireman". However, certain portions of the British Government thought Grant would be more use to the war effort if he remained in Hollywood. During the war years, Grant donated entire salaries of several movies to British war charities, and it is even rumored that Grant was working for British Intelligence, monitoring suspected Nazi sympathizers among the Hollywood elite. This, however, has never been substantiated as records on the subject remain classified to this day. In 1947, King George VI awarded Grant the for his services to Britain during hostilities.

Throughout his time in Hollywood, Grant was rumored to be either or . Early in his career he was a roommate of the openly gay silent star . [Eliot, Marc, "Cary Grant: A Biography" (2004).] In 1932, he met fellow actor on the set of "". The two shared a rented beach house, known as "Bachelor Hall", on and off for twelve years. In 1944, Grant and Scott stopped living together but remained close friends throughout their lives. Rumors ran rampant at the time that Grant and Scott were lovers. In 1957, Grant's English chauffeur claimed to have been in a sexual relationship with Grant. Grant immediately filed a lawsuit against him. The driver attempted suicide. [Eliot, Marc, "Cary Grant: A Biography" (2004).]

In their biographies of Grant, Marc Eliot, Charles Higham and contend that Grant was bisexual. Higham and Moseley claim that Grant and Scott were seen kissing in a public car park outside a social function both attended in the 1960s. It has even been suggested that Grant and Scott were married in a secret ceremony in Mexico. [Eliot, Marc "Cary Grant: Grant's Sixth Marriage " (2005)] Randolph Scott's son Christopher refuted these rumors. Following the death of his father in 1987, Christopher wrote a book, "Whatever Happened to Randolph Scott?", in which he denied that his father was homosexual. According to 's biography, "Brando Unzipped," Grant also had an affair with in the early 1950s. [Porter, Darwin "Brando Unzipped" (2006)]

Homosexual screenwriter indicated that Grant was bisexual. In his memoir, he says, Grant, "told me he threw pebbles at my window one night but was luckless—I wasn't home. ... his eyes and his smile implied that ... he would have liked doing what we would have done had I been home.

Others, however, deny the rumors. In a 2004 interview, Grant's fifth wife, Barbara, says of the rumored Grant-Scott relationship, "It wasn't the case at all. In fact, the house that they had down on the beach was known to have women going in and out like running water."

In a 2004 interview for the production, "Cary Grant: A Class Apart", Grant's third wife, , commented, "Why would I believe that Cary was homosexual when we were busy fucking? Maybe he was bisexual. He lived 43 years before he met me. I don't know what he did." [Drake, Betsy and Robert Trachtenberg. [http://www.tcm.com/thismonth/article/?cid=76185 "Cary Grant: A Class Apart"] . Burbank, California: (TCM) and . 2004.]

Grant was a Republican, but did not think movie stars should publicly make political declarations.

In 2001 a statue of Grant was erected in Millennium Square, a regenerated area next to the harbour in his city of birth, , .

stated that he partially had Cary Grant in mind when he created his suave super-spy, . was selected for the first James Bond movie because of his likeness to Grant. Likewise, the later Bond, , was also selected for sharing Grant's wry sense of humor.