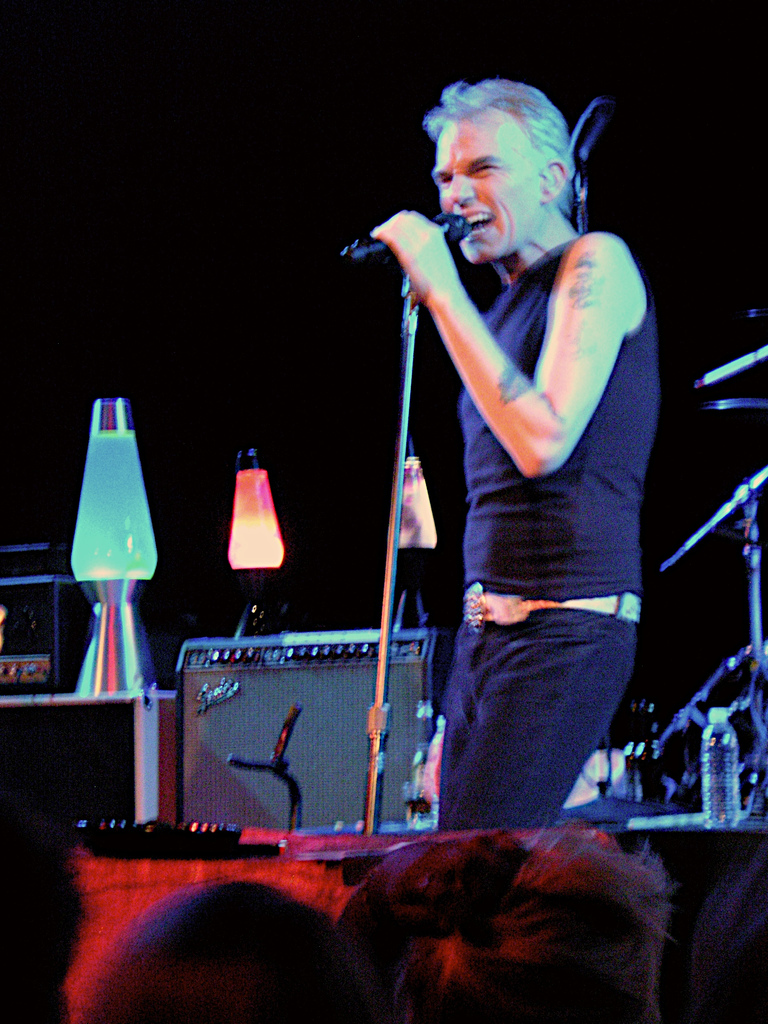 Thornton was born in , the son of Virginia Roberta (née Faulkner), an alleged , and William Raymond (Billy Ray) Thornton, a high-school history teacher and coach.

Thornton was raised a . [ [http://www.beliefnet.com/story/212/story_21242.html beliefnet: Billy Bob Thornton, Astronaut Farmer, Celebrities, Celebrity Interview ] ] A good high school player, he tried out for the , but was let go after an injury. [ [http://driving.timesonline.co.uk/tol/life_and_style/driving/article2503490.ece On the Move: Billy Bob Thornton] The Times - 23 September, 2007] After a short period laying for the Arkansas State Transportation Department, he attended , in , to pursue studies in , but dropped out after two semesters.

In the late 1980s, Thornton settled in Los Angeles, to pursue his career as an actor, with future writing partner Tom Epperson. Thornton initially had a difficult time succeeding as an actor, and worked in , offshore ing [http://www.timesonline.co.uk/tol/driving/article2503490.ece] , and fast-food management between auditioning for acting jobs. He also played drums and sang with n rock band Jack Hammer. While Thornton worked as a waiter for an industry event, he served film director and struck up a conversation with Wilder, who advised Thornton to consider a career as a screenwriter.

Thornton first came to semi-prominence as a cast member on the sitcom "" with and . His role as the villain in 1992's "", which he also cowrote, brought him to the attention of critics. He also had small roles in the early 1990s films "", "", "", "Grey Knight", and "Tombstone". Thornton put Wilder's advice to good use, and went on to write, direct and star in the , which was released in 1996. The film, an expansion of a short film titled "", introduced the story of Karl Childers, a mentally handicapped man imprisoned for a gruesome and seemingly inexplicable murder. "Sling Blade" garnered international acclaim. Thornton's screenplay earned him an for Best Adapted Screenplay, a , and an , while his performance received Oscar and nominations for Best Actor. In 1998, he portrayed the James-Carville-like Richard Jemmons in "". Thornton adapted the book "" into a 2000 film with the same name, starring and . The negative experience (he was forced to cut more than an hour) led to his decision to never direct another film (a subsequent release, "Daddy and Them", had been filmed earlier). Also in 2000, an early script which he and Tom Epperson wrote together was made into "The Gift" which starred , , , and . During the late 1990s, Thornton, who has had a life-long love for music, began a career as a . He released a album entitled "Private Radio" in 2001, and two more albums, "The Edge of the World" (2003) and "Hobo" (2005). Thornton was the singer of a blues rock band named "Tres Hombres". Guitarist referred to the band as "The best little in ", and Thornton bears a tattoo with the band's name on it.

On , it was reported on the website that Thornton is rumored to be portraying Freddy Krueger in the up and coming remake. This claim has yet to be verified by .

Thornton has repeatedly stated that he has . He and rock singer became close friends after sharing their common experiences with the disorder. Various idiosyncratic behaviors have been well-documented in interviews with the actor; among these is a of antique furniture — a disorder shared by the character in the Thornton-penned "Sling Blade", and by Thornton's own character in the 2001 film "Bandits". Additionally, he has stated that he has a fear of certain types of flatware, a trait assumed by his character, Hank Grotowski, in 2001's "Monster's Ball", in which Grotowski insists on a plastic spoon for his daily bowl of chocolate . In a 2004 interview with "", Thornton explained: "It's just that I won't use real silver. You know, like the big, old, heavy-ass forks and knives, I can't do that. It's the same thing as the antique furniture. I just don't like old stuff. I'm creeped out by it, and I have no explanation why...I don't have a phobia about American antiques, it's mostly French — you know, like the big, old, gold-carved chairs with the cushions. The type. That's what creeps me out. I can spot the imitation antiques a mile off. They have a different vibe. Not as much dust." In addition to his aversion to silver cutlery, velvet, and "creepy, castle-y stuff," Thornton confesses that "pieces from 1700 and 1800 France and England really freak me out, especially s." [ [http://www.officer.com/article/article.jsp?siteSection=21&id=32979 Obsessive Compulsive Disorder: On the Street at Officer.com ] ]

Thornton lives in . He has been married five times, most notably to actress . The pair were known for their eccentric behavior, which reportedly included wearing vials of each others' blood around their necks; Thornton later clarified that the "vials" were, instead, two small lockets, each containing only a single drop of blood. [ [http://men.msn.com/articlees.aspx?cp-documentid=760901&GT1=9212 What I've Learned: Billy Bob Thornton - MSN Lifestyle: Men ] ]

Thornton and Jolie adopted a child from whom they named Maddox. Jolie's divorce petition defined the child as both her and Thornton's, and requested the Court grant her custody and Thornton reasonable parenting-time.

Thornton is the biological father of four children: (with his first wife, Melissa Gatlin) Amanda Spence, born June 30, 1979, (with his fourth wife, Pietra Cherniak) William Langston, born June 27, 1993, and Harry James, born June 19, 1994, and (with current girlfriend, Connie Angland) Bella, born September 22, 2004. Thornton has also stated that he will likely not marry again; he has specified that he believes marriage "doesn't work" for him.