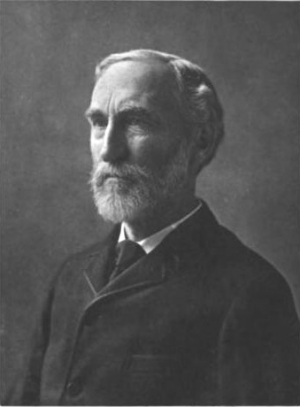 footnotes = He is the son of the theologian

Josiah Willard Gibbs (, &ndash; , ) was an American theoretical , , and . One of the greatest American scientists of all time, he devised much of the theoretical foundation for as well as . As a mathematician, he invented vector analysis (independently of ). It is in good part thanks to Gibbs that much of physical and chemical theory has since been exposited using vector analysis. awarded Gibbs the first American in in 1863, and he spent his entire career at Yale. [cite book | last = Wheeler | first = Lynde, Phelps | title = Josiah Willard Gibbs - the History of a Great Mind | publisher = Ox Bow Press | year = 1951 | id = ISBN 1-881987-11-6] His thesis was entitled: "On the Form of the Teeth of Wheels in Spur Gearing."

In 1901, Gibbs was awarded the highest possible honor granted by the international scientific community of his day, granted to only one scientist each year: the of the , for being "the first to apply the to the exhaustive discussion of the relation between chemical, electrical, and thermal energy and capacity for external work." [ [http://www.1911encyclopedia.org/Josiah_Willard_Gibbs Josiah Willard Gibbs] - Britannica 1911] This is considered Gibbs's greatest scientific contribution.

Gibbs was the seventh in a long line of American academics stretching back to the 17th century. His father, a professor of sacred literature at the , is now most remembered for his involvement in the "Amistad" trial. Although the father was also named Josiah Willard, the son is never referred to as "Jr." Five other members of Gibbs's extended family were named Josiah Willard Gibbs. His mother was the daughter of a Yale graduate in literature.

After attending the , Gibbs matriculated at Yale College at the age of 15. He graduated in 1858 near the top of his class, and was awarded prizes in and .

In 1863, Gibbs was awarded the first Ph.D. degree in in the USA from the at Yale. He then tutored at Yale, two years in Latin and one year in what was then called , now comparable to the natural sciences, particularly physics. In 1866 he went to to study, spending a year each at , , and , where he was influenced by Kirchhoff and Helmholtz. At the time, German academics were the leading authorities in , , and theoretical natural science in general. These three years account for nearly all of his life spent outside New Haven.

In 1869, he returned to Yale and was appointed Professor of in 1871, the first such professorship in the United States and a position he held for the rest of his life. The appointment was unpaid at first, a situation common in Germany and otherwise not unusual at the time, because Gibbs had yet to publish anything. Between 1876 and 1878 Gibbs wrote a series of papers on the graphical analysis of multi-phase chemical systems. These were eventually published together in a monograph titled "On the Equilibrium of Heterogeneous Substances", his most renowned work. It is now deemed one of the greatest scientific achievements of the 19th century, and one of the foundations of . In these papers Gibbs applied to interpret physicochemical phenomena, successfully explaining and interrelating what had previously been a mass of isolated facts.

"It is universally recognised that its publication was an event of the first importance in the history of . ... Nevertheless it was a number of years before its value was generally known, this delay was due largely to the fact that its mathematical form and rigorous deductive processes make it difficult reading for anyone, and especially so for students of al chemistry whom it most concerns... " (J J O'Connor and E F Robertson, " [http://www.shsu.edu/~icc_cmf/bio/gibbs.html J. Willard Gibbs] ")

Some important topics covered in his other papers on heterogeneous equilibria include:
* The concepts of and free energy (available energy);
* A Gibbsian ensemble ideal, a foundation of ;
* The .Gibbs also wrote on theoretical . In 1873, he published a paper on the geometric representation of thermodynamic quantities. This paper inspired Maxwell to make (with his own hands) a plaster cast illustrating Gibbs's construct which he then sent to Gibbs. Yale proudly owns it to this day.

In 1880, the new in offered Gibbs a position paying $3000. Yale responded by raising his salary to $2000, and he did not leave New Haven. From 1880 to 1884, Gibbs combined the ideas of two mathematicians, the of and the of to obtain (independently formulated by the British mathematical and ). Gibbs designed vector analysis to clarify and advance .

From 1882 to 1889, Gibbs refined his vector analysis, wrote on , and developed a new electrical theory of light. He deliberately avoided theorizing about the structure of matter, a wise decision in view of the revolutionary developments in s and that began around the time of his death. His chemical thermodynamics was a theory of greater generality than any other theory of matter extant in his day.

After 1889, he worked on , laying a foundation and "providing a mathematical framework for quantum theory and for Maxwell's theories" [J. J. O'Connor and E. F. Robertson, " [http://www.shsu.edu/~icc_cmf/bio/gibbs.html J. Willard Gibbs] ".] He wrote classic textbooks on , which Yale published in 1902. Gibbs also contributed to and applied his vector methods to the determination of ary and s.

Not much is known about the names and careers of Gibbs's students.

Gibbs never married, living all his life in his childhood home with a sister and his brother-in-law, the Yale librarian. His focus on science was such that he was generally unavailable personally. His E.B. Wilson explains: "Except in the classroom I saw very little of Gibbs. He had a way, toward the end of the afternoon, of taking a stroll about the streets between his study in the old Sloane Laboratory and his home -- a little exercise between work and dinner -- and one might occasionally come across him at that time." Gibbs died in New Haven and is buried in .

Recognition was slow in coming, in part because Gibbs published mainly in the "Transactions of the Connecticut Academy of Sciences", a journal edited by his librarian brother-in-law, little read in the USA and even less so in . At first, only a few European theoretical physicists and chemists, such as the Scot , paid any attention to his work. Only when Gibbs's papers were translated into German (then the leading language for chemistry) by in 1892, and into French by in 1899, did his ideas receive wide currency in Europe. His theory of the phase rule was experimentally validated by the works of H. W. Bakhuis Roozeboom, who showed how to apply it in a variety of situations, thereby assuring it of widespread use.

During his lifetime, American colleges and secondary schools emphasized classics rather than science, and students took little interest in his Yale lectures. (That scientific teaching and research are a fundamental part of the modern university emerged in Germany during the 19th century and only gradually spread from there to the USA.) Gibbs's position at Yale and in American science generally has been described as follows:

"In his later years he was a tall, dignified gentleman, with a healthy stride and ruddy complexion, performing his share of household chores, approachable and kind (if unintelligible) to students. Gibbs was highly esteemed by his friends, but American science was too preoccupied with practical questions to make much use of his profound theoretical work during his lifetime. He lived out his quiet life at Yale, deeply admired by a few able students but making no immediate impress on American science commensurate with his genius." (Crowther 1969: nnn)

This is not to say that Gibbs was unknown in his day. For example, the mathematician , while casually browsing the mathematical stacks of , stumbled on a handwritten mailing list attached to some of Gibbs's course notes. It listed over two hundred notable scientists of his day, including Poincaré, , , and . One can conclude that Gibbs's work was better known among the scientific elite of his day than published material suggests.

Gibbs' contributions, however, were not fully recognized until some time after the 1923 publication of and 's "Thermodynamics and the Free Energy of Chemical Substances", which introduced Gibbs's methods to chemists worldwide. These methods also became much of the foundation for .

In 1945, Yale University created the , held until 1973 by , who won the 1968 Nobel Prize in chemistry. This appointment was a very fitting one, as Onsager, like Gibbs, was primarily involved in the application of new mathematical ideas to problems in physical chemistry, especially statistical mechanics. Yale's J. W. Gibbs Laboratory and J. Willard Gibbs Assistant Professorship in Mathematics are also named in his honor. On February 28, 2003, Yale held a symposium on the centennial of his death. [ [http://www.hssonline.org/profession/profession_frame.html?http://www.hssonline.org/action.lasso?-database=Guide_Events&-layout=web&nID=100749&-Search&-response=profession/meetings/detail.lasso J. Willard Gibbs and his Legacy: A Double Centennial] - Yale University (2003).]

On , , the issued the "American Scientists" commemorative series, depicting Gibbs, , and .

Nobelists influenced by the work of Gibbs

The following individuals won a Nobel Prize in whole or in part by building on Gibbs's work:

*Johann van der Waals of the won the 1910 . In his Nobel Lecture, he acknowledged the influence on his work of Gibbs's .

* of Germany won the 1918 for his work in , particularly his 1900 quantum theory paper. This work is largely based on the thermodynamics of , Gibbs, and . Nevertheless, Planck said about Gibbs: "…whose name not only in America but in the whole world will ever be reckoned among the most renowned theoretical physicists of all times…".

*At the turn of the 20th century, and used and extended Gibbs's work on , published their results in the 1923 textbook "Thermodynamics and the Free Energy of Chemical Substances", one of the two founding books in chemical thermodynamics. In the 1910s, entered the College of Chemistry at Berkeley, where he received a bachelor of science degree in chemistry, with honors, in 1920. At first he wanted to become a , but soon developed an interest in chemical research under Lewis's influence. In 1934, Giauque became a full Professor of Chemistry at Berkeley. In 1949, he won the for his studies in the properties of matter at temperatures close to absolute zero, studies guided by the .

* Gibbs strongly influenced the education of the economist , who was awarded a Yale Ph.D. in economics in 1896. One of Gibbs's protegés was , who in turn passed his Gibbsian knowledge to the American . In 1947, Samuelson published "", based on his doctoral dissertation. Samuelson explicitly acknowledged the influence of the classical thermodynamic methods of Gibbs. [Liossatos, Panagis, S. (2004). " [http://www.fiu.edu/orgs/economics/wp2004/04-14.pdf Statistical Entropy in General Equilibrium Theory,] " (pg. 3). Department of Economics, Florida International University.] Samuelson was the sole recipient of the Nobel Prize in Economics in 1970, the second year of the Prize. [ [http://nobelprize.org/nobel_prizes/economics/laureates/1970/samuelson-lecture.html "Maximum Principles in Analytical Economics"] , Nobel Prize Lecture] In 2003, Samuelson described Gibbs as "'s great physicist".

quote|The intellectual scientific forefather of the concepts of | leader of the and later [ [http://www.technocracy.org/Archives/History%20&%20Purpose-r.htm History and Purpose of Technocracy by Howard Scott] ] [ [http://www.technocracy.org/origins-1.htm The Origins of Technocracy. From the Technocracy Movement website - Scott's statement is on the video] ] Gibbs work provided the basis for the concepts of . [http://telstar.ote.cmu.edu/environ/m3/s3/05account.shtml Environmental Decision making, Science and Technology concepts of energy accounting]

*"Mathematics "is" a language." (reportedly spoken by Gibbs at a Yale faculty meeting)
*"A mathematician may say anything he pleases, but a physicist must be at least partially sane."
*"It has been said that 'the human mind has never invented a labor-saving machine equal to algebra.' If this be true, it is but natural and proper that an age like our own, characterized by the multiplication of labor-saving machinery, should be distinguished by the unexampled development of this most refined and most beautiful of machines." (1887, quoted in Meinke and Tucker 1992: 190)