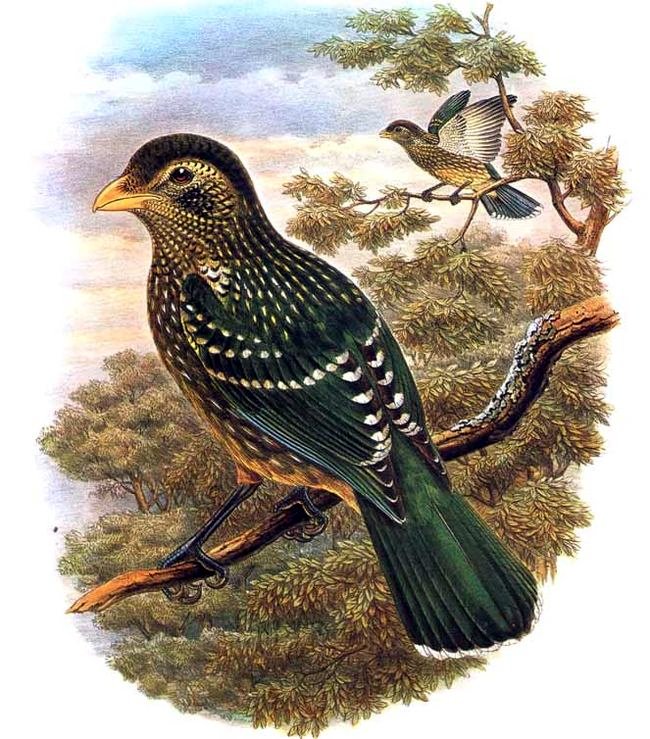 The Green Catbird, "Ailuroedus crassirostris" is a species of found on subtropical forests along the east coast of , from southeastern to southern . Its coloring is emerald green, with faint black markings on the face and white streaks on the neck.

Green Catbird feeds mainly on , and other plants. They have been reported to feed their young with small s or .

The breeding season is from September to January. Green Catbirds pair monogamously, and the nests are noted for having an unusual layer of wet, soft wood beneath the lining of fine twigs and leaves giving it a large size.

The Green Catbird is extremely similar to the , and are considered the same species by some.

Widespread and common throughout its habitat range, the Green Catbird is listed as Least Concern on of Threatened Species.

The name "Green cat bird", aside from the colouration, is due to the odd sound it makes similar to that of a cat; though some may jokingly say it is more like a strangled cat bird.