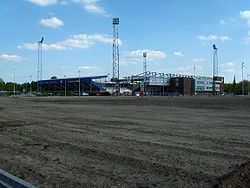 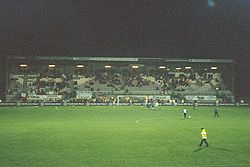 The Univé Stadion (previously known as the Meerdijk Stadion) is a multi-use stadium. It is located at the Business Park Meerdijk in Emmen, Netherlands. It is currently used mostly for football matches and is the home stadium of FC Emmen. The stadium is able to hold 8,600 people and was built in 1979. It was completely renovated in 2001.

In 2005, the stadium was one of the host stadiums for the Football World Youth Championships.

In 2011, the stadium is one of the host stadiums for the 2011 CPISRA Football 7-a-side World Championships.