Character information and the supporting cast

Dirk Eric Pitt is a renowned adventurer. He's described as tall, 6 ft 3 in (190.5 cm) with craggy looks, dark wavy hair, and possessing a rangy build. His most striking feature is his opaline green eyes, which can be both alluring or intimidating, as need be. Pitt has a commanding presence which, combined with a quick, sly wit, often infuriates those opposed to him. His comical banter with his sidekick Al Giordino during stressful situations leaves the reader with little doubt that both are confident of their abilities. While Dirk may be considered the hero of the two, Al Giordino is the man behind him.

Dirk is the son of Senator George Pitt of California. With a woman named Summer Moran, he has twin children: a son, Dirk Pitt, Jr., and a daughter, Summer Pitt. Summer is often described as Pitt's first real love. The daughter of deranged scientist Frederick Moran, she was believed dead by Pitt when she was lost during an attempt to rescue her father as his underwater lair collapsed. As revealed by twenty-three-year-old Dirk Pitt Jr when the two meet in the concluding chapters of the novel Valhalla Rising, Summer in fact survived, badly maimed by the incident, and refused to seek him out because she wanted Pitt to remember her as he knew her. She gave birth to the twins shortly thereafter and raised them, naming them after their parents. Pitt also had a long-term relationship with Congresswoman Loren Smith, whom he eventually marries. He graduated from the United States Air Force Academy, and attained the rank of Major (this was changed to the U.S. Naval Academy in the film version of Sahara) with lifelong best friend, Al Giordino. In the novel Flood Tide, it is mentioned that he was promoted to Lieutenant Colonel. In the novel Pacific Vortex! it is revealed that Pitt has been awarded the Distinguished Flying Cross with two clusters, a Silver Star, a Purple Heart and many other commendations.[1] Dirk is an accomplished pilot who is qualified to fly both fixed wing and rotary aircraft. His weapon of choice is a .45 Colt M1911 that he received from his father. His drink of choice is blue agave Tequila with salt and lime. He's often seen wearing an orange faced Doxa dive watch.

Dirk Pitt received a commendation for shooting down Admiral Sandecker's plane during the Vietnam War. The plane was carrying the Admiral and his staff to a remote base north of Da Nang. Unknown to them the base was overrun by the North Vietnamese and their radio was malfunctioning so they were unable to receive a warning. Pitt was flying nearby returning to his base from a bombing mission and was ordered to intercept and alert the Admiral by whatever means available. When efforts to communicate with the Admiral's plane were unsuccessful Pitt expertly shot out both engines on the transport forcing them to ditch in the sea instead of landing at the captured base. Dirk then flew cover strafing any boats that left the shore until everyone was taken aboard a Navy patrol vessel.[2]

Pitt is actually named after Dirk Cussler, son of the author, who incidentally is also co-writer of the newest Pitt adventures with his father.

When Dirk Pitt is not traveling, which he is doing most of the time, he lives in his unique home - a remodeled and refurbished hangar on the grounds of Washington National Airport, near Washington, D.C.. A cast-iron stairway leads into a cluttered apartment with maps of the sea and models of ships scattered all about. The hangar houses his classic car/antique car collection, as well as a Messerschmitt Me 262 aircraft, a Ford trimotor aircraft, a Pullman railroad dining car, and a totem pole. The hangar also contains items collected from prior adventures, such as a cast-iron bathtub with an outboard motor fixed to one end, and is protected by a state-of-the-art security system. Pitt occasionally adds classic cars to his collection purloined from a variety of antagonists over the course of his adventures.

In the course of his work as a marine engineer of the National Underwater and Marine Agency (NUMA), an oceanographic research organization headed by Admiral James Sandecker with Rudi Gunn as second in command, Dirk Pitt has made numerous important shipwreck discoveries, as well as thwarted a large number of plans by villains intent on global catastrophe or world domination. Dirk Pitt went on, in the more recent novels, to become the head of NUMA when Admiral James Sandecker was appointed as Vice President of the United States by President Ward after the Vice President unexpectedly died in office. Despite this appointment, Pitt is uncomfortable with his desk job, and still personally heads projects in the field, becoming entangled in villainous plots just as easily as before his promotion.

The books are written in the style of fast-paced action, and follow a simple and predictable storyline (see below). Most of the creative effort is devoted to highly detailed descriptions of events and technology that are not necessarily mandatory to get the story across. Determination, perseverance and the tendency to overcome hopeless odds are trademarks of the main characters, who, in difficult situations, use humor to further antagonize their opponents or to lift their own spirits. Often, the activities of the main characters are described over action packed consecutive days as they become more determined and more exhausted.

In the later novels Dirk Pitt meets an odd, eccentric individual, sometimes explicitly identified as Clive Cussler, sometimes hinted at ("C.C." or something similar). This cameo appearance by the author is relatively unusual in modern novels. Dragon (1990) is the first novel in which a character identified as Clive Cussler appears. However, in Night Probe! (1981) the character of Prof. Preston Beatty bears a striking resemblance to Cussler. The characters usually cannot remember who the character of Cussler is between his appearances, though they do find him familiar.

The most obvious theme of the novels are respect for, and the mystery of, the sea. It is clear that Cussler has gleaned such an appreciation from his personal life, and this is expressed continuously throughout each novel. It is not difficult to arrive at the conclusion[original research?] that Cussler wishes a governmental organization such as "Fictional" NUMA (as described in the novels) existed to protect and explore the oceans, managed by a "can-do" person such as Sandecker. It is noted that Cussler formed an organization, called NUMA, which has a slightly different purpose. The Cussler "NUMA" is a non-profit company devoted to shipwreck exploration.

Another primary theme of the Dirk Pitt novels is that the merger and combination of the modern and the ancient are of value. Compare the ultra modern computer lab run by Hiram Yeager to the unorganized book collection of St. Julien Perlmutter, both are used to the advantage of Dirk Pitt even within the same novel. The technologically advanced NUMA scientific equipment is supplemented by classic cars and aircraft. The deep interest of Dirk Pitt in seeking out shipwrecks and solving old puzzles often leads to discoveries useful in the modern world. Characters in the novels explore and preserve history.

The books stress the sanctity of human life; the characters will spare no expense or personal sacrifice to save a single life, though the plots usually involve a range of events that affect thousands to the entire human population on Earth. 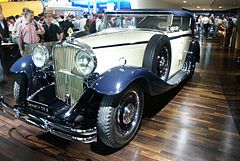 A 1936 Maybach Zeppelin was featured in The Mediterranean Caper

There is also a Dirk Pitt reference book:

Pitt has twice appeared on the big screen, in movie adaptations of Raise the Titanic! in 1980, and Sahara in 2005. In the former he was portrayed by Richard Jordan, and in the latter by Matthew McConaughey. Cussler was unhappy with the film adaptation of Raise The Titanic! and for almost 25 years refused to sell the movie rights for any of his novels unless he had both casting and script approval. Eventually, he sold the rights to Sahara with those two provisions in place along with the clause that reduces those rights to consultant only upon the hiring of a director. So, after many rejected drafts and endless offers by the production company to get Cussler to actually consult as per his contract, the production decided on one and began filming without Cussler's consent, leading him to pursue legal action for violating their agreement. That being the case, Cussler lost the decision and was ordered to pay $5 million for breach of contract.

On 10 March 2009, Judge John P. Shook ordered Clive Cussler to pay $13.9 million in legal fees to the production company that turned his novel "Sahara" into a motion picture. In his ruling, Judge Shook agreed with lawyers for Crusader Entertainment that an original contract between the two parties called for an award of legal fees if either side breached. "The issue boils down to whether the fees requested are reasonable and necessary," Shook said. He concluded that they were. Cussler sued Crusader in 2004, claiming the company reneged on a contract that gave him approval rights over the film's screenplay, when, in fact, he only had those rights until a director was hired. Crusader, which is owned by billionaire Philip Anschutz, countersued, accusing Cussler of duping it into adapting his book into a film based on an inflated number of novels sold. Jurors ruled in May 2007 in favor of the production company. On July 27, 2009, Cussler issued a final check to Crusader which totals the payback to $20 million to the wronged production company. A March 2010 decision by the California Court of Appeals has since overturned the earlier awardings of both the $5 million in damages and nearly $14 million in legal fees to Crusader.[3]