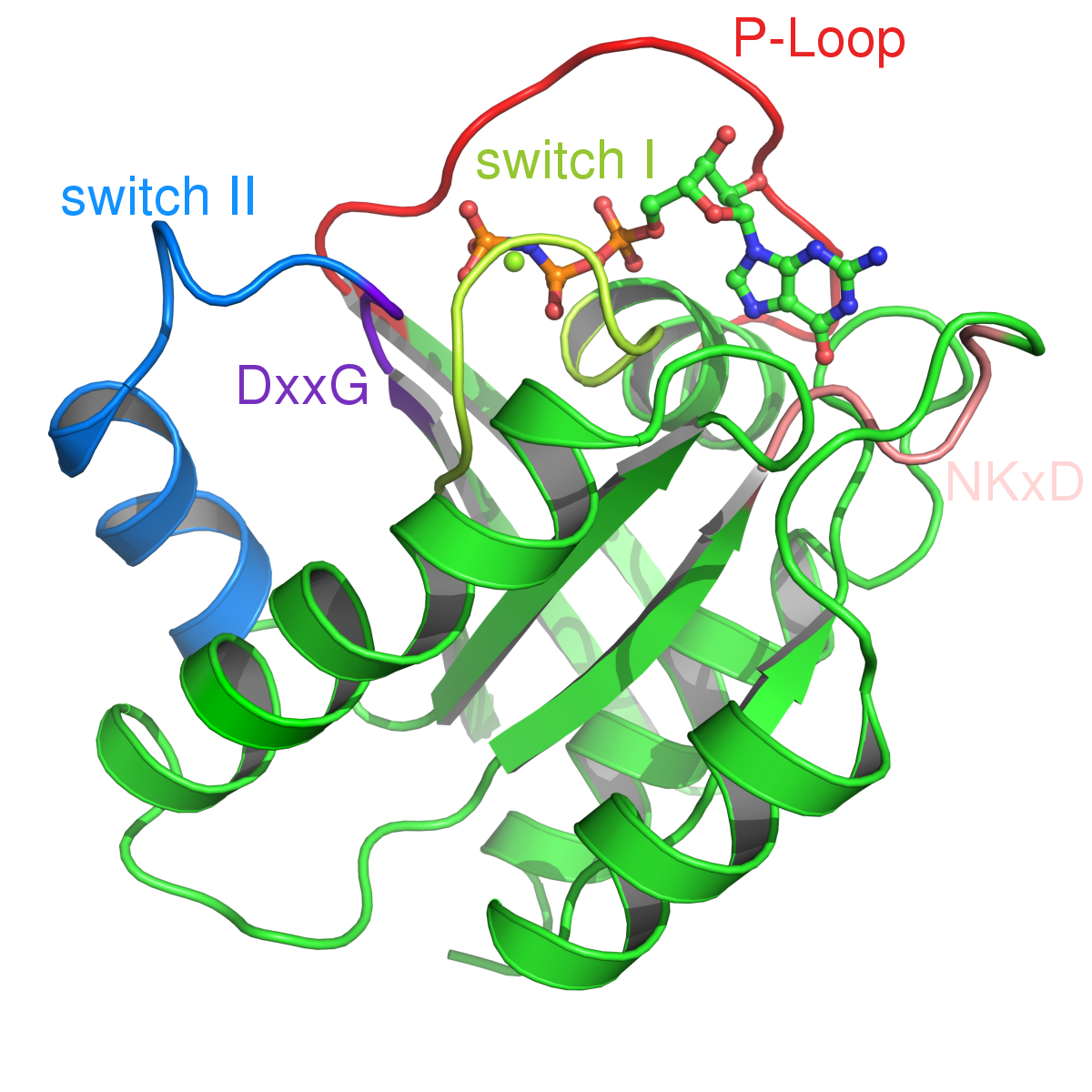 In , "Ras" is the name of a , the that encodes it, and the family and superfamily ("see ") of proteins to which it belongs. The ras oncogene is a signal transduction protein, which means that it communicates signals from outside the cell to the nucleus. Sometimes a DNA mutation turns the signal permanently on, which leads to unlimited cell growth and cancer. [ [http://theoncologist.alphamedpress.org/cgi/content/full/4/3/263 David S. Goodsell, Physician Education: The Molecular Perspective: The ras Oncogene, The Oncologist, Vol. 4, No. 3, 263-264, June 1999] Introductory article on molecular biology of ras oncogene for physicians. Illustrated. Full text free.] The Ras superfamily of small s includes the Ras, Rho, Arf, Rab, and Ran families.

The "RAS" genes were first identified as the transforming , responsible for the cancer-causing activities of the Harvey (the "HRAS" oncogene) and Kirsten ("KRAS") sarcoma viruses, by Edward M. Scolnick and colleagues at the National Institutes of Health (NIH). These viruses were discovered originally in rats during the 1960's by Jennifer Harvey and Werner Kirsten, respectively. In 1982, activated and transforming human "RAS" genes were discovered in human cancer cells by Geoffrey M. Cooper at Harvard, Mariano Barbacid and Stuart A. Aaronson at the NIH and by Robert A. Weinberg of . Subsequent studies identified a third human "RAS" gene, designated "NRAS", for its initial identification in human neuroblastoma cells.

Ras and ras-related proteins are often deregulated in cancers, leading to increased invasion and , and decreased apoptosis.

Ras activates a number of pathways but an especially important one seems to be the mitogen-activated protein (MAP) kinases, which themselves transmit signals downstream to other protein kinases and gene regulatory proteins.

Ras is a (specifically a ): a regulatory GTP hydrolase that cycles between two conformations &ndash; an activated or inactivated form, respectively RAS-GTP and RAS-GDP.

It is "activated" by (GEFs, eg. , and , in ), which are themselves activated by mitogenic signals and through feedback from Ras itself. A GEF usually heightens the dissociation rate of the nucleotide &ndash; while not changing the association rate (effectively lower the affinity of the nucleotide) &ndash; thereby promoting its exchange. The cellular concentration of GTP is much higher than that of GDP so the exchange is usually GDP vs. GTP.

It is "inactivated" by (GAPs, the most frequently cited one being ), which increase the rate of GTP hydrolysis, returning RAS to its GDP-bound form, simultaneously releasing an .

Ras is attached to the by , and in health is a key component in many pathways which couple growth factor receptors to downstream mitogenic effectors involved in cell proliferation or differentiation.

Inappropriate activation of the gene

Inappropriate activation of the gene has been shown to play a key role in signal transduction, proliferation and malignant transformation.

Mutations in a number of different genes as well as RAS itself can have this effect. s such as p210BCR-ABL or the growth receptor erbB are upstream of Ras, so if they are constitutively activated their signals will transduce through Ras.

The encodes a Ras-GAP &ndash; its mutation in will mean that Ras is less likely to be inactivated. Ras can also be amplified, although this only occurs occasionally in tumours.

Finally, Ras oncogenes can be activated by point mutations so that its GTPase reaction can no longer be stimulated by GAP &ndash; this increases the half life of active Ras-GTP mutants.

"Constitutively active Ras" ("RasD") is one which contains mutations that prevent GTP hydrolysis, thus locking Ras in a permanently 'On' state.

The most common mutations are found at residue G12 in the and the catalytic residue Q61.

* The glycine to valine mutation at "residue 12" renders the GTPase domain of Ras insensitive to inactivation by GAP and thus stuck in the "on state". Ras requires a GAP for inactivation as it is a relatively poor catalyst on its own, as opposed to other G-domain-containing proteins such as the alpha subunit of heterotrimeric G proteins.

See also "dominant negative" mutants such as S17N and D119N.