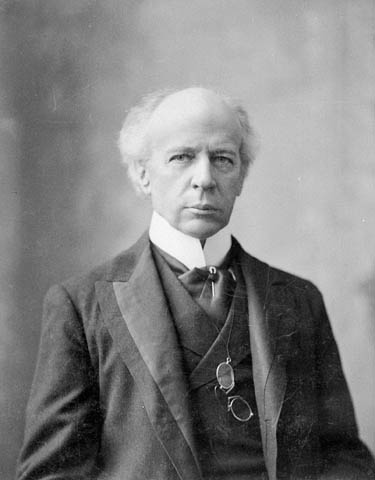 Canada's first , Laurier is often considered one of the country's greatest . He is well known for his of , expanding Confederation, and compromise between French and English . His vision for Canada was a land of individual liberty and decentralised federalism. He also argued for an English-French partnership in Canada. "I have had before me as a pillar of ," he said, "a policy of true Canadianism, of , of ." And he passionately defended individual liberty, "Canada is free and freedom is its nationality," and "Nothing will prevent me from continuing my task of preserving at all cost our civil liberty." Laurier was also well regarded for his efforts to establish Canada as an autonomous country within the . His efforts were continued by his successor as Prime Minister, .

Laurier is the fourth-longest serving Prime Minister of Canada, behind , , and . A historical ranking of the Prime Ministers placed Laurier third behind King (first) and Macdonald [http://www.ggower.com/dief/text/maclean2.shtml] . Laurier also holds the record for the most "consecutive" federal elections won (4), and his 15 year tenure remains the longest unbroken term of office among Prime Ministers. In addition, his nearly 45 years (1874-1919) of service in the House of Commons is an all-time record in , unmatched by any other politician. [http://www.parl.gc.ca/information/about/people/key/service_parl.asp?lang=E&Hist=Y&cham=H&begin=14610&end=16435&Service=Z&s_t=G&nm=] Finally, at 31 years, 8 months, Laurier was the longest-serving leader of a major Canadian political party, surpassing King by over two years. Laurier's portrait is displayed on the .

The second child of Carolus Laurier and Marcelle Martineau,Wilfrid Laurier was born in Saint-Lin, (today called ) on , . Laurier was the 7th generation of his family in Canada. His ancestor , dit Champlaurier came to from Saint-Claud, France. He grew up in a family where politics was a staple of talk and debate. His father, an educated man having liberal ideas, enjoyed a certain degree of prestige about town. In addition to being a and surveyor, he also occupied such sought-after positions as , , militia lieutenant and member. At the age of 11, Wilfrid left home to study in , a neighbouring town largely inhabited by from . Over the next two years, he had the opportunity of familiarizing himself with the mentality, language and culture of British people.

In 1864, Laurier earned a at McGill University's Faculty of Law in . He graduated .

Before the Liberals, Laurier was a member of the radical "Rouge" wing of Quebec politics. He became disenchanted with extremism and ideology, and was a key player in uniting "" of Quebec with the and Reformers of into what is now the . Laurier was first elected to the in the 1874 election, serving briefly in the Cabinet of Prime Minister as Minister of Inland Revenue.

Chosen as leader of the Liberal Party in 1887, he gradually built up his party's strength with his personal following in Quebec and elsewhere in Canada. He led the Liberal Party to victory in the 1896 election, and remained prime minister until the party's defeat in the 1911 election.

Laurier was able to build the Liberal Party a base in Quebec, which had been a Conservative stronghold for decades due to the province's social conservatism and the influence of the which distrusted the Liberal's . He was aided by the growing alienation of from the Conservatives due to the national Tory party's links with anti-FrenchFact|date=February 2007, anti-Catholic Orangemen in English Canada. These factors combined with the collapse of the gave Laurier an opportunity to build a stronghold in French Canada and among Catholics across Canada.

Because Laurier believed in a , bishops in Quebec repeatedly warned their parishioners never to vote for the man. Renowned and wrote in his 1996 biography of Laurier: " were made to kneel and beg God that their parents not be damned should they have the temerity to vote for the Liberal candidate. When electors asked directly whom they should vote for, the cagey priests contented themselves with informing them that 'le est bleu, l'enfer est rouge' – heaven is , is ."

Personal Views on Religion:Academics in the field of Canadian history have suggested [. History Professor at the University of Toronto. 2004 Lecture. ] that Wilfrid Laurier may in fact be the first atheist Prime Minister in Canadian history. There is scant evidence to suggest this beyond interpreting his method of politicking, which placed any religious considerations behind more practical and 'earthly' concerns. Considering the climate of the day, he would have been unable to express this personal point of view.

Laurier led Canada during a period of rapid growth, , and . His long career straddles a period of major political and economic change. As Prime Minister he was instrumental in ushering into the 20th century and in gaining greater autonomy from Britain for his country.

One of Laurier's first acts as Prime Minister was to implement a solution to the , which had helped to bring down the Conservative government of earlier in 1896. The Manitoba legislature had passed a law eliminating public funding for Catholic schooling. The Catholic minority asked the federal Government for support, and eventually the Conservatives proposed remedial legislation to override Manitoba's legislation. Laurier opposed the remedial legislation on the basis of provincial rights, and succeeded in blocking its passage by Parliament. Once elected, Laurier proposed a compromise stating that in could have a Catholic education if there were enough students to warrant it, on a school-by-school basis. This was seen by many as the best possible solution in the circumstances, making both the French and English equally satisfied.

In 1899, the expected support from Canada, as part of the , in the . Laurier was caught between demands for support for military action from English Canada, and a strong opposition from French Canada, which saw the Boer War as an "English" war. was an especially vocal opponent. Laurier eventually decided to send a volunteer force, rather than the expected by Britain, but Bourassa continued to oppose any form of military involvement.

In 1905, Laurier oversaw and 's entry into Confederation, the last two provinces to be created out of the .

The naval competition between the and the escalated in the early years of the 20th century. The British asked Canada for more money and resources for ship construction, precipitating a heated political division in Canada. The British supporters wished to send as much as possible, whereas those against wished to send nothing.

Aiming for compromise, Laurier advanced the of 1910 which created the . The navy would initially consist of five s and six s; in times of crisis, it could be made subordinate the proper. The idea was lauded at the in , but it proved unpopular across the political spectrum in Canada, especially in Quebec as ex-Liberal Henri Bourassa organized an anti-Laurier force.

Some historiansFact|date=February 2008 criticize Laurier, saying his compromises that keep both parties happy were short-term solutions, and ignored the long-term consequences. In essence, his compromises kept people happy, but Laurier avoided the root of the conflicts.

Another controversy arose regarding Laurier's support of trade reciprocity with the . This had the strong support of agricultural interests, but it alienated many businessmen who formed a significant part of the Liberals' support base. The Conservatives denounced the deal as a sell-out, even playing upon fears that Canada would be assimilated as the next US state.

Despite the Liberal government's mandate not expiring, Laurier called an election to settle the issue of reciprocity. The Conservatives were victorious and succeeded Laurier as Prime Minister.

Laurier led the opposition during . He led the filibuster to the Conservatives' own Naval Bill which would have sent contributions directly to the ; the bill was later blocked by the Liberal-controlled Senate. He was an influential opponent of , which led to the and the formation of a Union government, which Laurier refused to join for fear of having Quebec fall in the hands of nationalist Henri Bourassa. However, many Liberals, particularly in English Canada, joined Borden as s and the "" were reduced to a mostly French-Canadian rump as a result of the 1917 election.

However, Laurier's last policies and efforts had not been in vain. As a result of Laurier's opposition of conscription in 1917, Quebec and its French-Canadian voters voted overwhelmingly to support the Liberal party starting in 1917. Despite one notable exception in 1958, the Liberal party continued to dominate federal politics in Quebec until 1984. His protege and successor as party leader led the Liberals to a landslide victory over the Conservatives in the 1921 election.

Laurier died on , and was buried in , . The Sir Wilfrid Laurier National Historic Site of Canada is in Saint-Lin-Laurentides, a town 60 km north of . His wife died in 1921. Another site is , his residence in at the corner of what is now Laurier Street and Chapel Street. In their will, the Lauriers left the house to Mackenzie King, who in turn donated it to Canada upon his death.

Many sites and landmarks were named to honor Wilfrid Laurier. They include:
* Avenue Laurier, located in , ;
* Avenue Laurier, located in , ;
* The Laurier Heights neighbourhood, including Laurier Drive, in , ;
* Laurier Drive, located in , ;
* The provincial electoral district of (an honor shared with Canadian politician ).
* The federal electoral district of .
* On , Waterloo Lutheran University, one of Ontario's publicly funded universities, was renamed . Many high schools in Canada are named after him.
* A station,
* Laurier is depicted on the . .
*

* Laurier is also the personal hero of former Prime Minister who saw in Laurier's abilities at conciliation and at winning s an ideal model to follow.Fact|date=August 2007