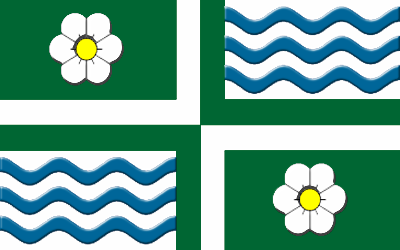 The Township of Langley is a east of Surrey, located south of the in southern . It is not to be confused with the City of Langley.

From time immemorial, the area that is now Langley was inhabited by various nations, including the and , who continue to live in the area and fish along the .

The [http://www.tol.bc.ca Township] is home to the birthplace of British Columbia, the historic post of Fort Langley.

The first Europeans to stay in the area permanently were the traders of the (HBC). In 1827, Fort Langley was built on the banks of the Fraser River, in the area now known as Derby Reach. It was one of a string of trading posts built up and down the Pacific Coast to compete with American fur traders for the rich pelts available in the region.

The first fort, built with two bastions, a wooden stockade and several buildings, proved to have been built too close to a fast-moving part of the river, in an area prone to flooding. It was rebuilt in 1839 farther upstream. As the HBC's network of forts in the interior grew, Fort Langley became a hub for farming, smithing and for shipping furs back to Europe.

In 1858, gold was discovered in the Fraser River in what is now the interior of British Columbia. With thousands of gold prospectors streaming into the province, the British government created British Columbia as a colony. James Douglas was sworn in as the new colony's first governor in Fort Langley, which was briefly the capital of the new region. The fort also became important as a supply station for the miners heading up the river toward the gold fields.

When the capital was moved to New Westminster, Fort Langley's importance began to decline. The Hudson's Bay Company subdivided and sold its farm on Langley Prairie. Logging and farming replaced fur trading as the dominant local industries.

In February 2006 the Township of Langley moved its Municipal Hall from the "core area" of the Township to the growing Willowbrook area. The new facility also includes a new library, fitness room (which incorporates a special type of hardwood floor room) and a new community policing station.

Since the 1980s, Langley City and surrounding lands administered by the Municipality have been subject to extensive development. The old town core remains pleasant to walk through, however many core businesses (including the civil courts and several banks) have moved to the malls, fostering an automobile-dominated community. In addition to this, the community allowed extensive strip development along the Langley Bypass, which has become the new sprawled business area of the city.

Construction of the has started.

The Township of Langley is largely a suburban community, but, while the center is increasingly urban, the periphery (particularly in the South and Southeast) maintains its agricultural nature. The neighbourhoods of Willoughby and Walnut Grove are quite suburban, and feature large numbers of s, the , and the Colossus Theatre Complex. Other areas of the city feature , the Twilight Drive-in, the , numerous parks, beaches, and horse farms (which garner Langley the title of "Horse Capital of British Columbia."Fact|date=August 2008) The is a major commercial and agricultural centre for the community of .

Langley is also home to the and many sports clubs. There are several ice-rinks in town, including the George Preston Centre in Brookswood, the Sportsplex in Walnut Grove, and the Aldergrove arena.

Langley Township is served by the . It also contains one francophone elementary school, which is part of the province-wide CSF (conseil scolaire francophone), School District 93.

Langley is home to , a private university, and the Langley satellite campus of , a public undergraduate university.

The Township of Langley is composed of an eight-member council and a mayor. All members of council are elected to three-year terms in elections that take place in late November.