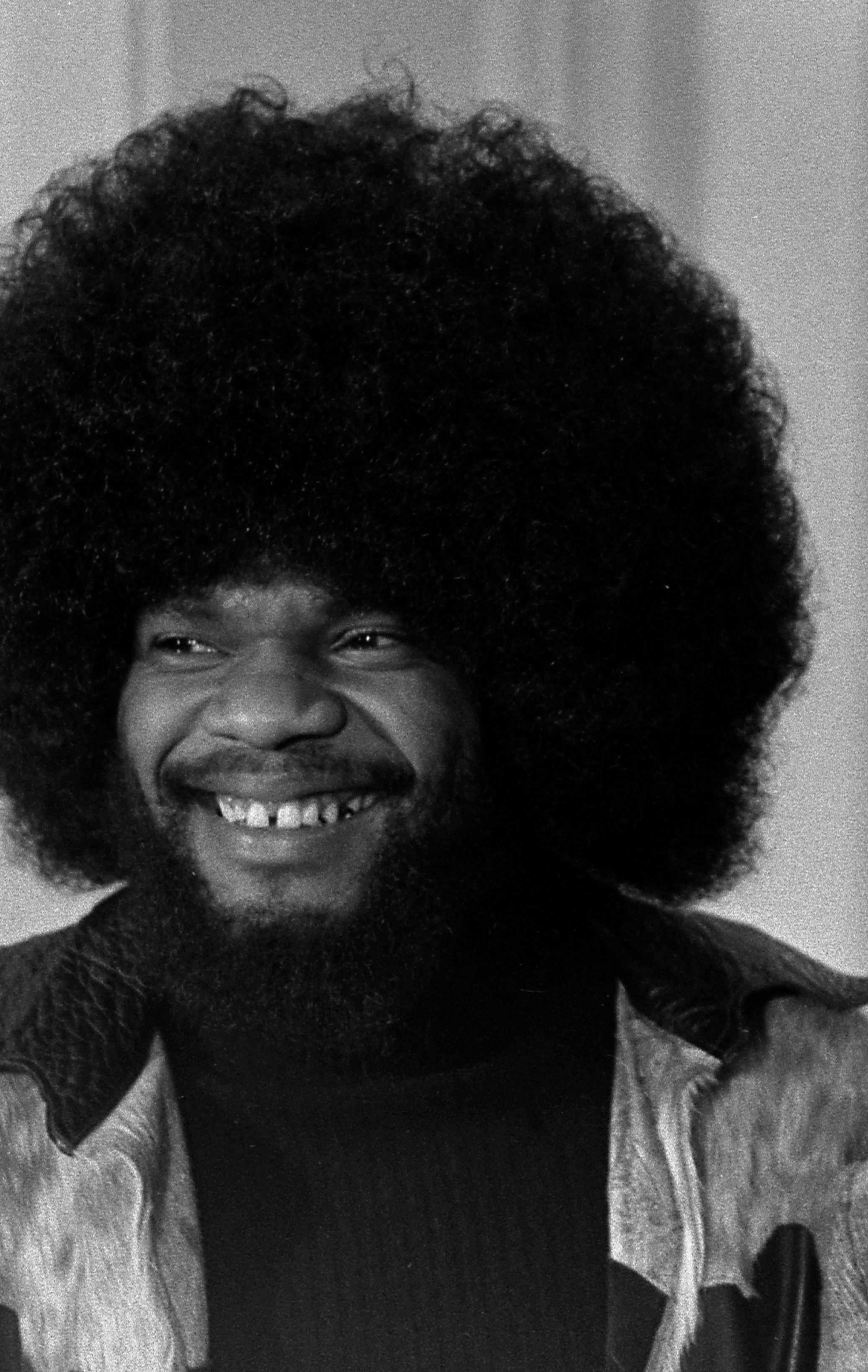 Preston is the only non-Beatle to receiving billing as an artist alongside the Beatles (as distinct from receiving credit as a session musician on album packaging) on an official Beatles record release. The label of the "Get Back" single credits the artists on the record as "The Beatles with Billy Preston".

Preston began playing while sitting on his mother's lap at age three, and he was considered something of a prodigy on piano and organ. By the age of 10 he was performing in the bands of gospel singers and . At age 12 he appeared in the 1958 film "St. Louis Blues", portraying blues composer as a young man. In the 1960s he performed with and . He also began a recording career as a solo artist with the 1965 album "". He was also a regular on the mid-1960s ABC-TV musical variety series "" as a member of the show's house band.

Relationship with the Beatles

Preston is one of several people sometimes referred to by outsiders as "the "- though he was never described as such by any of the four Beatles. Preston first met the Beatles in 1962 as part of Little Richard's touring band when their manager organized a Liverpool show, for which the Beatles opened. The "" explained their subsequent meeting:

Preston played with the Beatles for several of the , some of the material from which would latter be culled to make the film Let it Be and its companion album, during which he joined the band for its rooftop concert, its final public appearance.

Signed to the Beatles' Apple label, in 1969, Preston released the album "" and a single of the same name (produced by ). His relationship with Harrison continued after the breakup of The Beatles; he was the first artist to record "", in his album "" (Harrison's own version of the single hit number one in the U.S. and the UK and was the first number one by a former Beatle after they disbanded) and he was on several of Harrison's 1970s solo albums. Preston also made notable contributions to , the Harrison-organized charity concert, toured with Harrison on his 1974 tour of and, after Harrison's death, . Preston also worked on solo recordings by two other ex-Beatles, and .

His solo career also peaked at this time, beginning with 1972's "", an instrumental track that further popularized the sound of the in music. The song reached #2 in the U.S. and won the award for Best Pop Instrumental Performance.

Over the next two years, he followed up with the #1 hits "Will It Go Round In Circles" and "Nothing From Nothing", and the #4 hit "Space Race". "" host and executive producer enjoyed "Space Race" to the extent that he used the instrumental for the mid-show break for virtually the remainder of its run.

After the Beatles, Preston played keyboards for , alongside pianist . Preston appears on the Stones' albums "", "", "", "" and "". He toured as a support act on their 1973 European Tour and recorded his live album "" in Munich with on guitar. In 1974 he composed one of 's biggest hits, "". On , , he was a musical guest on "Saturday Night Live"'s series premiere episode (along with ). Also in that year, and in 1976, he again toured with the Stones. This time he played two of his own songs, backed by the Stones, in the middle of every concert. The Stones and Preston parted company in 1977, mainly due to a row over money. He continued to play on solo records by Stones members and made appearances again on the Stones' 1981 "" and 1997 "" albums.

He had a hit single in 1980 with with the ballad "With You I'm Born Again" that reached number four on the charts. A few years later, however, he was arrested and convicted for after setting fire to his own house in Los Angeles, [ [http://www.iht.com/articles/2006/06/07/news/web.0607preston.php Obituary: Billy Preston, 59, reknowned keyboardist - International Herald Tribune ] ] and he was treated for and addictions. In 1991, Preston was arrested in Los Angeles after physically attacking a teenage after he discovered that the prostitute's real age and sex. After going over a drug test, he tested positive for . That year, he entered no-contest pleas to the cocaine and charges. He was sentenced to nine months at a drug rehabilitation center and three months of .

Preston overcame his problems in the early 1990s, toured with , and recorded with a wide range of artists. He also toured with and appeared on the 1990 live album "". He was also invited to become a member of in 1991, after the death of their piano player, . He completed a tour, but his above-mentioned legal problems put an end to the collaboration before they had a chance to record together in the studio.

While touring and fighting his own health issues, Preston received the news that on , , his longtime bandmate, friend and guitarist of the 1960s, had died after a long battle with . Preston, among many of Harrison's longtime friends, performed in the 2002 in , to play a tribute song.

Preston participated in the concert at the , and his performance of "" has received critical acclaim. Preston played the Hammond Organ for the show and sang "" and "My Sweet Lord" plus backing vocals to most of the songs. Ringo Starr called him one of the greatest Hammond players of all time (in the theatrical version of the concert).

He toured with The and in Europe in early 2004 and then with his friend in Europe and North America. It has been claimed that his big contribution to the Beatles' sound was made clear with the release of the "" album.

Preston played on the song "Warlocks" for the album "" released in 2006. Although very ill by this point, he jumped out of his bed after hearing a tape of the song given to him by the band, recorded his part, and went back to bed. [ [http://www.contactmusic.com/new/xmlfeed.nsf/mndwebpages/peppers%20get%20sick%20preston%20out%20of%20bed_14_03_2006 Red Hot Chili Peppers - Peppers Get Sick Preston Out Of Bed ] ] Preston's final contributions were the gospel-tinged organ on the album "12 Songs", and his keyboard work on "" by and .

In March 2005, Preston appeared on the "American Idol"'s fourth season finale. Playing piano, he performed "With You I'm Born Again" with , who finished in third place.

Preston made his last public appearance in late 2005 at the Los Angeles press junket for the re-release of the Concert for Bangladesh movie. He was in good spirits and talked to many in the press. Afterwards he played a three song set of "Give Me Love", "My Sweet Lord" and "Isn't It a Pity", featuring on guitar and Ringo Starr on drums for the final song only.

Preston had battled in his later years, brought on by his hypertension. He received a kidney transplant in 2002, but his health continued to deteriorate. He died on , in , of complications of that resulted in kidney failure and other complications. He had voluntarily entered a drug rehabilitation clinic in Malibu, Calif., and suffered pericarditis there, leading to respiratory failure that left him in a coma since , .