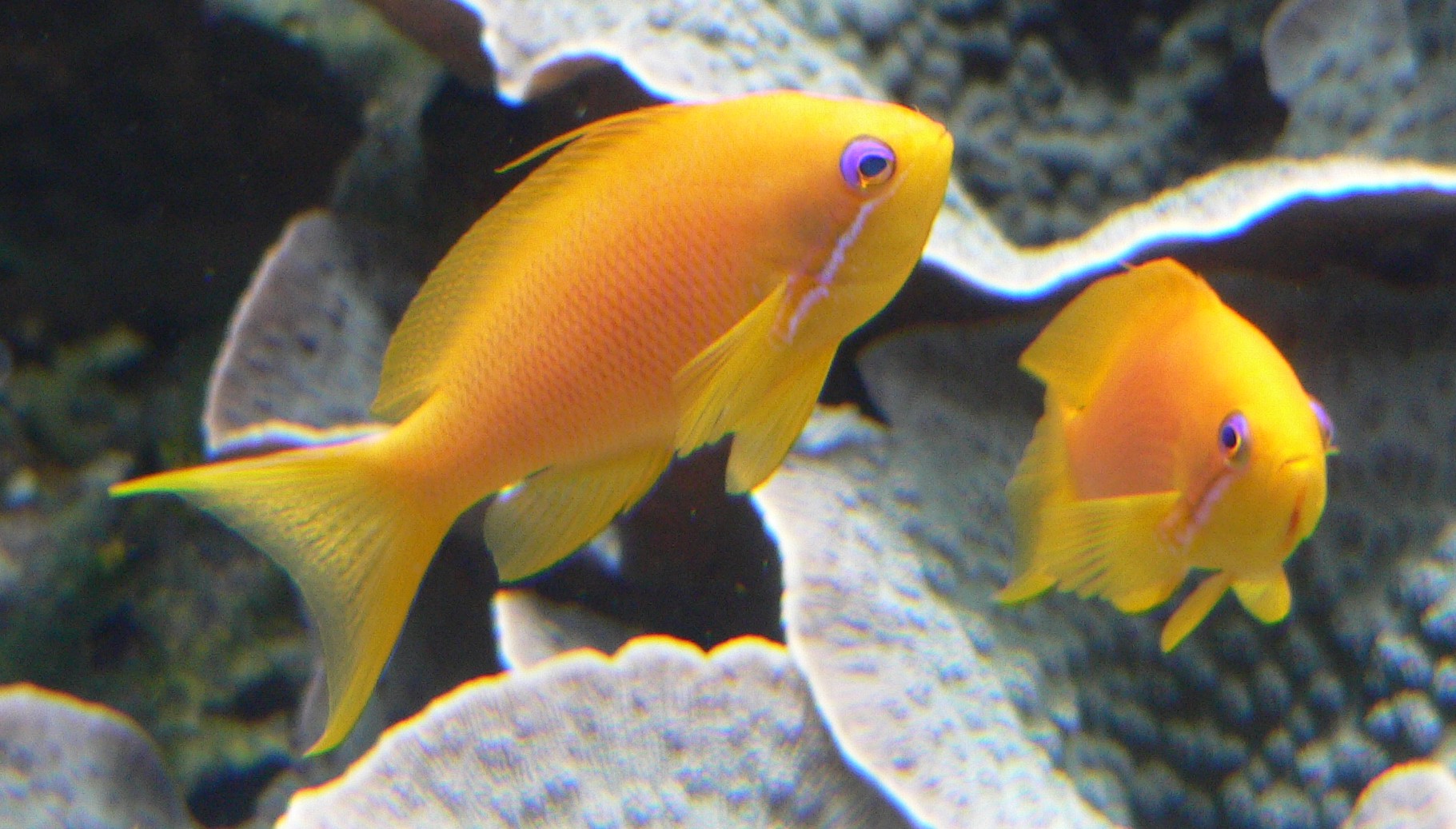 Perhaps the quintessential "reef fish," anthias make up a sizeable portion of the population of pink, orange and yellow es seen swarming in most photography and film. The anthias are members of the family (basses, s, s) and make up the subfamily Anthiinae.

Anthias are mostly small, peaceful, and beautiful; and are thus quite popular within the ornamental fish trade. They form complex social structures based on the number of males and females and also their position on the reef itself, and are mainly feeders. They occur in all s and s of the world. The first species recognized in this group was described in the and northeast and was given name "Anthias anthias" by in 1758.

Anthias can by the thousands. Anthias do school in these large groups, though they tend toward more intimate subdivisions within the school, appropriately called "harems". These consist of one dominant, colorful male, anywhere from 2-12 females — who have their own hierarchy among them — and up to 2 'subdominant' males, often less brightly colored and non-territorial. Within the swarm of females, territorial males perform acrobatic U-swim displays and vigorously defend an area of the reef and its associated harem.

Anthias are protogynous s. All anthias are born female; if a dominant male perishes, the largest female of the group will often change into a male to take its place. This may lead to squabbling between the next largest male, who sees an opportunity to advance, and the largest female, whose hormones are surging with testosterone. This can turn quite vicious in the limited confines of captivity.

Seven genera of anthias are known to occur in the coral reef ecosystems: "", "", "", "", "", "" and "". Members of all these genera make it into the trade, although "Pseudanthias" is by far the most encountered in the hobby.