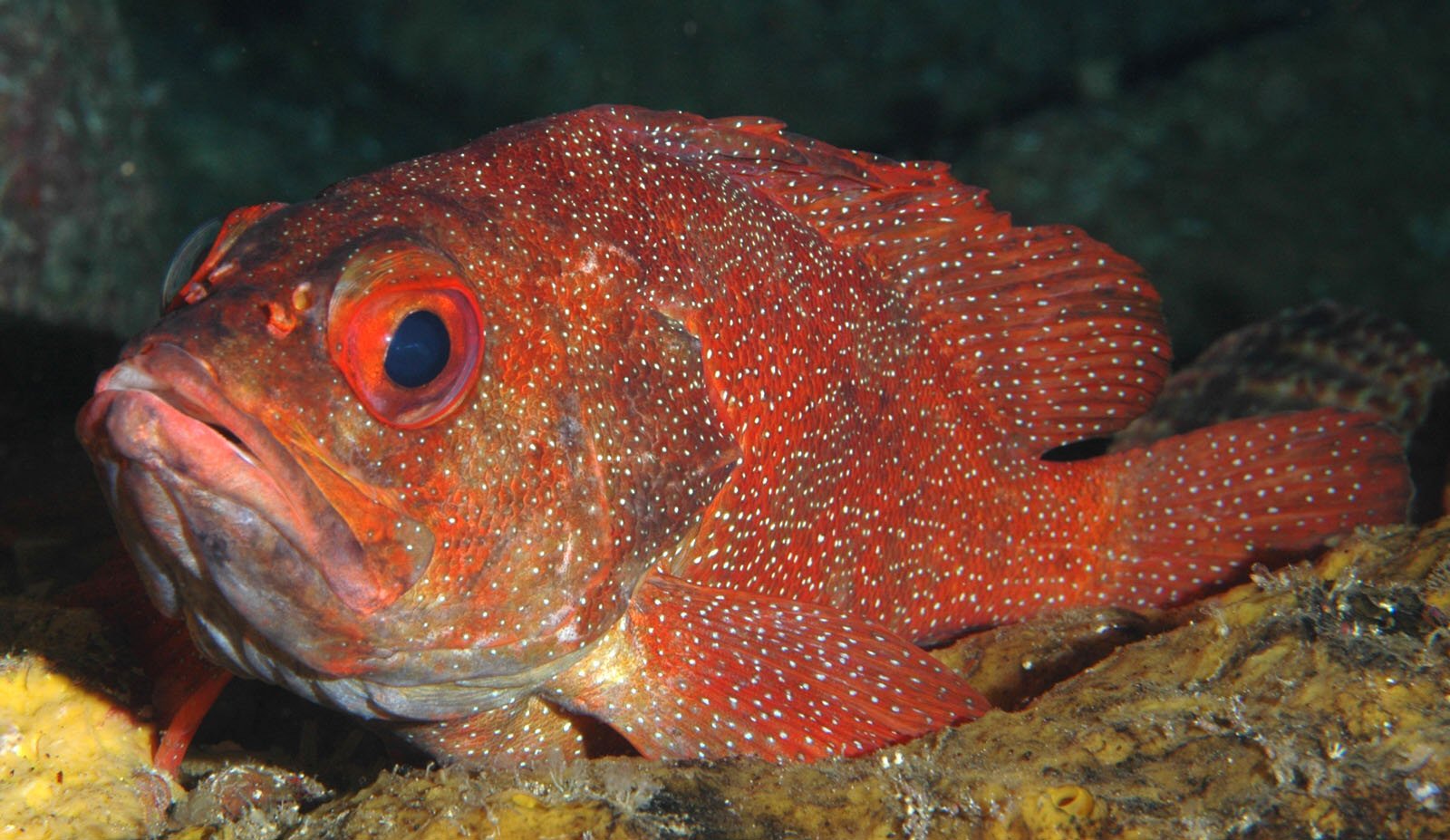 The toadstool groper is a solid-bodied species, with no gap between the two s the first of which is long and low and the second high and rounded. The tail is slightly . The operculum has a distinct point.

Colouration is orange-red with some paler patches and is uniformly covered on both body and fins with close-set white dots, resembling a toadstool.

It lives in crevices and caves of rocky reef areas during the day, moving out to feed during the hours of darkness.