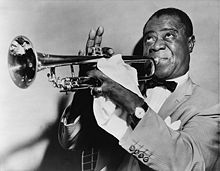 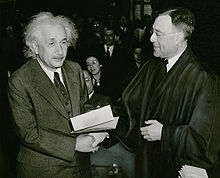 The World-Telegram was formed in 1931, following the sale of the New York World by the heirs of Joseph Pulitzer to Scripps Howard, owners of the Evening Telegram since 1927. (The Telegram was originally founded in 1867 by James Gordon Bennett, Jr., publisher of the morning New York Herald.[1]) More than 2,000 employees of the morning, evening and Sunday editions of the World lost their jobs in the merger, although some star writers, like Heywood Broun and Westbrook Pegler, were kept on the new paper.

The World-Telegram enjoyed a reputation as a liberal paper for some years after the merger, based on memories of the Pulitzer-owned World. However, under Scripps Howard the paper moved steadily to the right, eventually becoming a conservative bastion.

In 1950, the World-Telegram acquired the remnants of another afternoon paper, the New York Sun, to become the New York World-Telegram and Sun.[2] (The writer A.J. Liebling once described the "and Sun" portion of the combined publication's masthead as resembling the tail feathers of a canary on the chin of a cat.)

Early in 1966, a proposal to create New York's first joint operating agreement led to the merger of the World-Telegram and Sun with Hearst's Journal American. The intention was to produce a joint afternoon edition, with a separate morning paper to be produced by the Herald Tribune. The last edition of the World-Telegram and Sun was published on April 23, 1966.[3] But when strikes prevented the JOA from taking effect, the papers instead united in August 1966 to become the short-lived New York World-Journal-Tribune, which was nicknamed "The Widget."

The World-Journal-Tribune lasted only until May 5, 1967. Its closure left New York City with three daily newspapers: The New York Times, the New York Post and the New York Daily News.