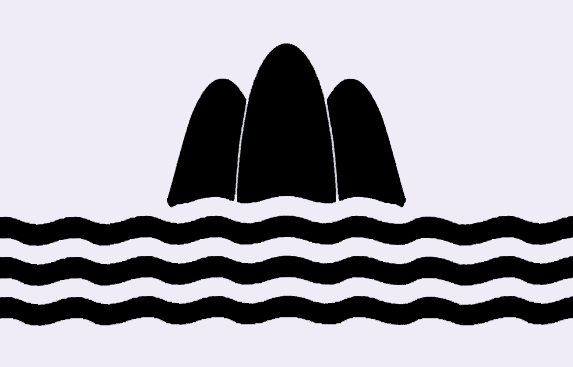 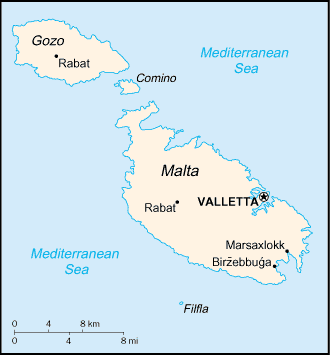 Gozo ( _mt. Għawdex) is an of the Maltese archipelago in the , the island is part of the an country and is the second largest after the island of Malta itself within the archipelago. Compared to its neighbour island, Gozo is more and known for its scenic hills, which feature on its . [ [http://www.gozo.gov.mt/pages.aspx?page=75 Gozo.gov] ]

A popular nickname of Gozo is the "Isle of Calypso", derived from the location of in Greek mythological poem Homer's Odyssey. [ [http://www.isgozo.ws/about.htm IsGozo.ws] ] In the myth, the island was controlled by nymph Calypso who detained the hero of the story there as prisoner of love for seven years; Gozo is thought to be modern day Ogygia.

The island itself has a population of around 31,000 people (all of Malta combined has 402,000), and its inhabitants are known as "Gozitans" ( _mt. Għawdxin). It is rich in historical locations such as the temples, which are the world's oldest free-standing s, as well as the world's oldest religious structures.

Gozo has been inhabited since 5000 BC, when farmers from nearby crossed the sea to the island.

Gozo was an important place for cultural evolution and during the period the temples were built; they are the world's oldest free-standing s, as well as the world's oldest religious structures. The temples' name is Maltese for "belonging to the giants", because in Maltese and Gozitan says the temples were built by giants. Another important Maltese archaeological site in Gozo, which dates back to the neolithic period, is the . Also, native tradition and certain ancient Greek historians (notably and ) maintain that Gozo is in fact the island Homer described as , home of the nymph Calypso.

Gozo is almost certainly the island mentioned under the name "Cauda" in Acts 27:16 in the New Testament. According to the text, the ship taking the apostle Paul and his companions to Rome under Roman custody sailed along the sheltered side of the island to avoid a shipwreck.This mention in the book of Acts helps explain the rich ecclesiastical history (see below) of Gozo.

In July 1551 Ottomans under and Sinan Pasha invaded and ravaged Gozo and enslaved most of its inhabitants, about 5000, bringing them to Tarhuna Wa Msalata in , their departure port in Gozo was Mġarr ix-Xini. The island of Gozo was repopulated between 1565 and 1580 by people from mainland Malta, undertaken by the . [http://www.gozo.gov.mt/pages.aspx?page=1241]

The history of Gozo is strongly coupled with the , since Gozo has been governed by Malta throughout history, with the brief exception of a period of autonomy granted to Gozo by Napoleon after his conquest of Malta, between and .

Gozo is 67 km² in size, which is approximately the same size as . It lies approximately 6 km northwest of the nearest point of Malta, is of oval form, and is 14 km in length and 7.25 km in width.

Gozo is famed for its character and places of interest. Some of these include the Calypso cave and the Neolithic temples which is the oldest man made structure.

One of Gozo's finest attributes is the stunning , whose brilliant orange-red sand and clear turquoise waters make it one of the finest beaches in Europe. Nearby is another world-class beach.

Gozitans have a very strong identity within Malta as a whole country and Gozo is the only region in Malta which has a Minister responsible for it. Generally speaking, Gozo is more socially conservative than the rest of the country. The perceived Maltese attitude towards Gozitans (stereotyping them as uneducated and 'primitive') is also changing, as more Gozitans move to Malta seeking higher education and better economic opportunities.

The construction of a bridge between mainland Malta and Gozo was a subject of controversy for years. In the early 1970s the newly elected Socialist Administration started the building of a bridge between the two islands, but this was stopped after protests from the Gozitan part. There was previously a helicopter service which connected the two, but this ceased recently following privatisation.

Currently the island is reachable by ferry boat and by seaplane through Harbour Air, contactable on telephone number 21228302. Passenger and car ferries cross on a regular basis between the port of Mġarr on Gozo and on Malta. This service is used for goods, tourism and commuting (Gozitan students study at the ). Due to its frequent use, residents of Gozo are able to use the ferry at a subsidised rate, significantly lower than the standard fare. The sea plane operates from Valletta to Mgarr harbour.

The Roman Catholic (in Latin Goulos-Gaudisiensis), comprises the Island of Gozo in the Mediterranean Sea (seventeen miles west of the harbour of Valletta, Malta) and islet of . On a central plateau the Citadel fortifications contain the cathedral church and several public buildings. To the south of the castle lies the island's main town whose origins go back to prehistoric times. The town contains several public buildings the most important of which is St George's basilica. This magnificent basilica lies on the site where the earliest evidence of Christianity was discovered.

Up to the year 1864, Gozo formed part of the Diocese of Malta, but , acceding to the repeated prayer of the clergy and the people, erected it into a separate exempt diocese, i.e. immediately subject to the Holy See. On , , Monsignor Francesco Michele Butigieg, a native of Gozo, was appointed of Lita and deputy auxiliary of the Archbishop-Bishop of Malta, for the Island of Gozo. He was consecrated at Rome on of the same year, on , , was created first bishop of the new Diocese of Gozo, and on the 23rd day of the following month made his solemn entry into the new cathedral. Through the efforts of Mgr. Pietro Pace, who was then of the diocese, a diocesan seminary was established on the site formerly occupied by the San Giuliano Hospital, the revenues of which were appropriated to the new institution. This seminary was inaugurated , , and by the express desire of Pope Pius IX placed under the direction of the .

On the death of Mgr. Butigieg, Father Micallef, of the Augustinian Order, was made and appointed administrator of the Diocese of Gozo. He left Gozo in May, 1867, and in 1871 became Archbishop of Pisa. His successor to the administration of the diocese was Mgr. Antonio Grech Delicata, of , a native of Malta, who in 1868 was appointed Bishop of Gozo, and as such assisted at the . Mgr. Grech Delicata's charity towards the poor went so far that he divested himself of his own patrimony. This worthy prelate died on the last day of the year 1876.

On , , Mgr. Canon Professor Pietro Pace, native of Gozo, was appointed to succeed Mgr. Grech Delicata, and was consecrated at Rome by Cardinal Howard. Under his administration the seminary was augmented by the installation of a meteorological , which was inaugurated by the celebrated Padre Denza, Director of the . During this administration an episcopal educational institute for girls was also established, under the care of the , to whom was also entrusted the direction of the annexed orphan asylum. The same bishop provided the diocese with a new episcopal palace and new monasteries, besides laying out large sums of money on the cathedral.

In 1889, Mgr. Pace was promoted Archbishop of and . His successor in the See of Gozo was the Reverend G. M. Camilleri, , a native of (b. , ). Under Mgr. Camilleri's administration the first diocesan synod was celebrated, in October, 1903. This synod was of absolute necessity, as the diocese was still governed under the rules of the Synod of Malta of 1703, and consequently lacked a safe guide adapted to the times. Constitutions and decrees were also promulgated and published which gave new life to the working of the diocese.

The cathedral church of Gozo was built in 1697-1703, by Lorenzo Gafa. Its ground plan is in the form of a Latin cross. The Cathedral is also the annual pilgrimage site of the Grand Priory of the Mediterranean of the Hospitaller Order of Saint Lazarus of Jerusalem. Its interior is adorned with fine paintings. The "Massagiere di Maria", an Italian periodical, is recognized in the Diocese of Gozo as the official organ of the sanctuary of the Bl. .

Currently the Bishop of Gozo is Mgr. Mario Grech.