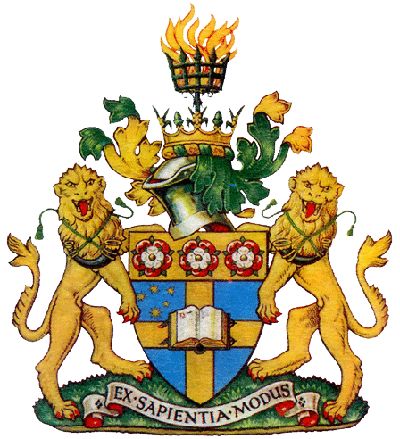 The University of New England (UNE) is an Australian public university with approximately 18,000 higher education students. Its original and main campus is located in the city of Armidale in northern .

The University of New England was the first Australian university established outside a capital city.

Each year, the University offers students more than $2.5 million in scholarships, prizes, and bursaries and more than $18 million for staff and students involved in research. Fact|date=August 2008

The University of New England is a research and teaching university with prominent courses such as law and medicine on offer.

In research, among many areas, it is particularly active in agricultural science, economics, linguistics and archaeology. The university averages approximately 500 candidates at a given time. Fact|date=September 2008

The University of New England is located on several sites in Armidale. The northern campus of the University is five kilometres to the northwest of the city centre, in a rural and bushland setting. Part of this campus includes the original property presented by the late Mr T R Forster to the University of Sydney for the establishment of a University College. This property comprised the old homestead, 'Booloominbah', together with several other buildings and 74 hectares of land. Since the original gift, a number of other generous benefactors have presented properties to the University, whose Armidale site now comprises some 260 hectares. Fact|date=September 2008

and the Vice-Chancellor's residence were both designed by architect .

The Newling campus of the University includes the Newling Centre, home to the New England Conservatorium of Music, and other buildings associated with the former Armidale College of Advanced Education. The University also possesses a number of rural properties in close proximity to the campus, providing facilities for teaching and research. In addition, there are the 'Tullimba' rural research property at Kingstown and the Douglas McMaster Rural Research Station at Warialda.

The University of New England has one of the most extensive residential college systems in Australia. Around half of UNE’s on campus students live in one of the colleges.

Collaborative research with other institutions includes projects with the and the high profile Cooperative Research Centres.

UNE's principal research flagship is Animal Genetics which is serviced by the Animal Genetics and Breeding Unit (AGBU) and delivered commercially by the Agricultural Business Research Institute (ABRI).Other research flagships include:
* Rural Education which is undertaken by the National Centre of Science, Information and Communication Technology, and Mathematics Education for Rural and Regional Australia (SiMERR), and
* Rural Communities, Landscapes and Practices which is led by the Institute for Rural Futures (IRF).

The research and teaching staff of the , is divided into two faculties, which are in turn divided into a number of multi-disciplinary schools. As of 2005, each faculty is headed by an Executive Dean. The faculties and schools are as follows:

The University currently offers over 200 programs in 22 discipline areas.

The University of New England has one of the most extensive residential college systems in Australia. Around half of UNE’s on campus students live in one of the colleges.

More than 75,000 people now hold UNE qualifications, with many in senior positions in Australia and overseas.