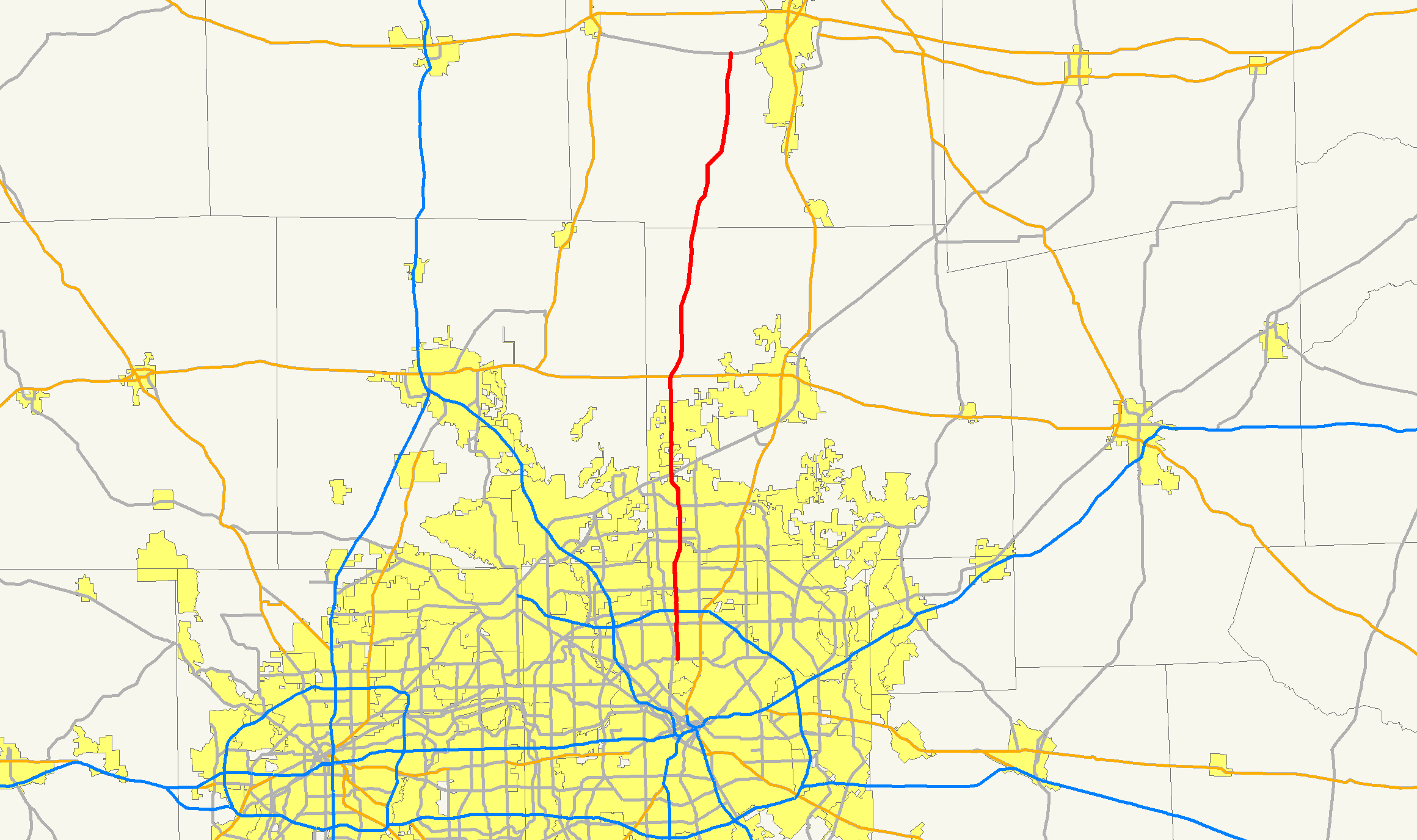 State Highway 289, known for most of its length as Preston Road, is a north-south state highway. It begins at the intersection of Preston Road and Loop 12/Northwest Highway.

The road is known as Preston all the way north through the remainder of the to a junction with State Highway 56 west of Sherman, , near the border (except for the portion through Gunter which is designated as 8th Street).

The Preston Road designation comes from the fact that the highway generally follows the course of an older road known as the , which ran to the town of Preston Bend. Preston Bend is now completely submerged by .

Preston Road passes through many of the fast-growing northern Dallas suburbs, including Frisco and Plano, as well as Prosper and Celina, which have started seeing new housing developments along Preston.

Preston Road is one of the most congested highways in the ; however, due to urban growth along the highway there is minimal room to add additional lanes, and no means to upgrade the road to freeway status without incurring significant cost to demolish businesses along the path. Instead, the nearby generally parallels Preston Road.

Construction is underway to extend SH 289 north to connect with Farm to Market Road 120 near , another segment of the old which ends on the south shore of . This will provide another access route to , which has been proposed as a third airport for the DFW area.

Approximately US$63 million in bonds has been sold by (where the extended road would be built). The has promised US$85 million in reimbursements for the bonds sold by the county.