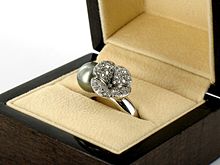 Conspicuous consumption is spending on goods and services acquired mainly for the purpose of displaying income or wealth. In the mind of a conspicuous consumer, such display serves as a means of attaining or maintaining social status.

History and evolution of the term 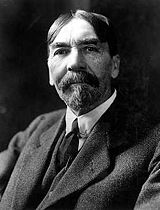 Thorstein Veblen was a Norwegian-American sociologist and economist, and a co-founder of the institutional economics movement.

The term conspicuous consumption was introduced by economist and sociologist Thorstein Veblen in his 1899 book The Theory of the Leisure Class.[1] Veblen used the term to depict the behavioral characteristic of the nouveau riche, a class emerging in the 19th century as a result of the accumulation of wealth during the Second Industrial Revolution. In this context, the application of the term should be narrowed to the elements of the upper class who use their enormous wealth to manifest social power, whether real or perceived.

With the significant improvement of living standards and the emergence of the middle class in the 20th century, the term is now broadly applied to individuals and households with expendable incomes whose consumption patterns are driven by the utility of goods to display social status rather than any intrinsic utility of such goods. In the 1920s, economists such as Paul Nystrom theorized that lifestyle changes brought on by the industrial age were inducing a "philosophy of futility" in the masses, which would increase fashionable consumption. Thus, the concept of conspicuous consumption has been discussed in the context of addictive or narcissistic behaviors induced by consumerism, the desire for immediate gratification, and hedonic expectations.

Whereas conspicuous consumption was previously thought to be something engaged in primarily by the rich, recent research by economists Kerwin Kofi Charles, Erik Hurst, and professor of finance Nikolai Roussanov points to a different understanding that this behavior is more common among poorer groups of people and in emerging economies. Displays of wealth in these groups serve to combat the impression that a person is poor, often because they are a member of a group perceived by society as poor.[2] The 1996 book The Millionaire Next Door also challenges the traditional views on conspicuous consumption by looking at the wealthiest Americans, finding that most millionaires are quite frugal and lead modest lifestyles.[3]

In the 2000s, the term conspicuous compassion was used to refer to charitable giving performed in a similar way and for similar reasons as conspicuous consumption.[4]

Distinction from other forms of consumption 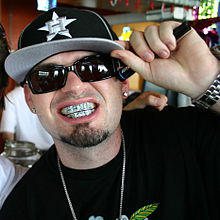 As observed by Mason,[12] there is no doubt that the classical general theories of consumer decision processes do not happily accommodate conspicuous consumption, a fact which cannot be considered surprising in view of the exceptional atypical nature of such behaviour. Whilst there is considerable recognition of the importance of the consumers' social psychological environment, status-directed consumption has been neglected primarily because of the necessity to accept two fundamental assumptions when developing a general theory. First, that while both "rational" (economic) and "irrational" (psychological) elements of consumer decision-making often influence particular purchase decisions, the rational element has been considered dominant by researchers and marketers alike. Second, that product utility in use has been seen as the consumers' prime consideration in product evaluation and purchase[13] These are necessary assumptions for a general theory of brand selection and purchase. The problem, however, is that the resultant theoretical models tend to misunderstand or even ignore the "irrational" consumer behaviour, and as conspicuous consumption is predominantly "psychological" in its motivation and expression, there is a need for a separate construct focusing on the "psychological" elements.

In the U.S., a trend toward larger houses began in the 1950s, with the average size of a home doubling over the next 50 years. This trend has been compared to the increase in SUV purchases, also often a symbol of conspicuous consumption. People have purchased huge houses even at the expense of the size of their yard, the inability to save funds for retirement, or a greatly increased commute time. Such large homes can also facilitate other forms of consumption, in providing extra storage space for vehicles, clothes, and other objects.[14]

The theory of conspicuous consumption rests upon the theory that displaying wealth does not provide utility for the individual, in the same way as, say, consuming a commodity.

As theory of consumerism

See also: The Theory of the Leisure Class #Intellectual significance

The idea of conspicuous consumption offers one explanation for the mechanics of consumer societies, and for the growth in the number of goods and services considered necessary by people living in developed economies. Other explanations for consumerism appear in the work of cultural theorist Jean Baudrillard,[15][16][17] evolutionary psychologist Geoffrey Miller[18] and of many others[15][16] Concepts central to cultural studies such as postmodernism and discussions around taste offer alternative views, while the ideas of sociologist Pierre Bourdieu provide a differing, if complementary explanation.[15][16]

Some theorists posit that conspicuous consumption was the main reason for consumer behaviour in the age when Veblen coined the phrase, but in intervening years other motivations offer a better explanation of people's consumption activity;[15][16] for example: consumption as a method of displaying social identity,[19][20] or as a function of the prevalence of advertising.[21] (See Structural functionalism)

Economist Robert H. Frank proposed eliminating income tax and replacing it with a progressive tax on the amount spent each year, as a way of curbing conspicuous consumption.[23]