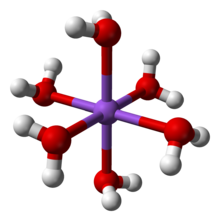 Denticity refers to the number of atoms in a single ligand that bind to a central atom in a coordination complex.[1][2] In many cases, only one atom in the ligand binds to the metal, so the denticity equals one, and the ligand is said to be monodentate (sometimes called unidentate). Ligands with more than one bonded atom are called polydentate or multidentate.

The word denticity is derived from dentis, the Latin word for tooth. The ligand is thought of as biting the metal at one or more linkage points. Denticity is distinguished from hapticity, in which electrons of a bond or conjugated series of bonds are linked to the central metal without the metal-ligand bond being localized to a single ligand atom.

Polydentate ligands are chelating agents[3] and classified by their denticity. Some atoms cannot form the maximum possible number of bonds a ligand could make. In that case one or more binding sites of the ligand are unused. Such sites can be used to form a bond with another chemical species. 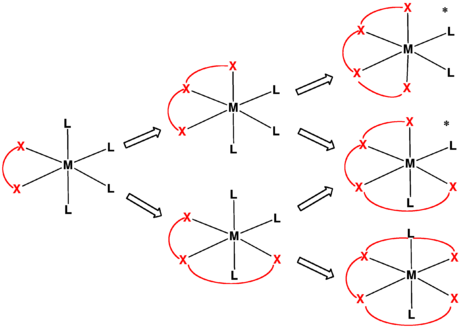 In general, the stability of a metal complex correlates with the denticity of the ligands. The stability of a complex is represented quantitatively in the form of Stability constants. Hexadentate ligands tend to bind metal ions more strongly than ligands of lower denticity.