Dela Cruz English Club or DCEC is an eikaiwa (English language conversation school) in Japan. The company was founded in 2003 by the company president Ryosuke Sasaki and is currently headquartered in Chuo-ku in Saitama.[1]

Meaning of the company name

The name "Dela Cruz" means "of The Cross" in the Spanish language. It also means crossing of paths or interaction. The company's goal is to create an enjoyable environment where Japanese and foreigners alike can experience cross-cultural communication in a pleasant manner.

Dela Cruz English Club was founded in 2003 by Ryosuke Sasaki.[2] While working for one of the major chemical industry companies in Japan, he realized that English is an important communication tool in global business.[3] He then organized English conversation lessons as the general manager of the Administrative Department. However, at that time, he was dissatisfied with the quality of lessons and his English teachers who were lacking in business qualifications. He then searched the Internet for options but later realized that his options were rather limited. He believed that the market was suffering from incorrect and ineffective method of learning English and that the Japanese people are being shortchanged for the money and effort they put into learning. So, after twenty-two years with the company, he decided to take the risk of setting up his own company. Having been taught English for a long time but remaining unable to converse freely, he developed the concept Karadade Oboeru Eikaiwa, now called the DCEC method.[4]

In March 2003 with an initial capital of 3 million yen, Dela Cruz English Club started its operation on the third floor of Hasumi Building in Omiya, Saitama. With 7 initial teachers and 25 students, referred to as governesses/governors and learners, the number grew to 85 learners by September of the same year.

From June 2003, the company started catering to companies in Minato, Tokyo and Tsukuba. In 2004, Dela Cruz English Club's Mission Management was the subject of a case study of Keio Business School at the Graduate School of Business Administration, Keio University.[5] In the same year, a tie-up between the company and Windsor Institute in Australia was secured, paving the way to send some learners to Australia for Homestay programs.

January of the following year, 2005 was a continued expansion with an increased capital of 10 million yen. 2006 was opened by the publishing of the book, Daremo Kangaenakatta Nouni Yasashii Eikaiwa Shuutokuhou, authored by Ryosuke Sasaki in collaboration with some of DCEC governesses.[6] And in March, Dela Cruz English Club launched its first audio CD, “Make the First Move.” In April, the company launched its innovating on-line lessons, referred to as iTALK lessons. On the other hand, off-site lessons, referred to as company lessons continued to grow in number and by June of the same year, the company was handling a total of 12 company lessons.

In April 2007, a joint study on the effectiveness of the DCEC method was conducted by Saitama University.[7][8] Another company lesson was added to its roster in November.

In addition, Dela Cruz started to offer more iTALK lessons to its company learners in Shiga, Shizuoka and Tokyo in 2008. In the same year, the company revamped its website, launched blogs (in Blogger, and started to join several networking sites such as Twitter and Facebook. Moreover, the company appeared in an article in the IT Media Executive. In this article, Waseda University Professor, Tatsuyuki Negoro, compared the merits and demerits of two different business models in the eikaiwa business in Japan, namely of Nova and Dela Cruz English Club.[9]

Until December 2004, DCEC was located on the 3rd floor of Omiya Hasumi Building in Saitama city. In January of the following year, it moved to the 5th floor. 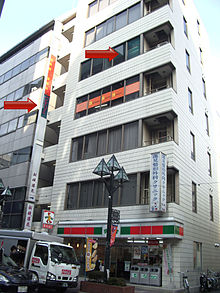 In line with its goal to provide its learners cross-cultural experiences and the chance to communicate in English, Dela Cruz English Club continuously celebrates monthly activities in accordance to major holidays and festivals all around the globe such as Rosh Hashanah (Jewish New Year), Samba and Carnival (in Brazil), Eid ul-Fitr (end of Ramadan), Thanksgiving Day (in the United States and Canada). In April 2003, it commemorated Easter with an Easter egg hunt. Once a year, bowling activities and outdoor lessons are held along with activities in the annual Christmas Party.

At Dela Cruz English Club, the primary goal is for learners to Speak in English rather than to study the language structure and to achieve perfect grammar. The objective is to learn the language naturally, focusing on conversation skills, not on writing.

The DCEC classes are categorized as DCEC-based, Company, iTALK, Email and Special lessons.[11] DCEC-based classes are held in the company's headquarters in Omiya, Saitama. This category is further divided into private, semi-private and "buddy" lessons. These 50-minute lessons depend on the number of learners in a class.

Company lessons are held on the client company's premises. The DCEC governesses and governors travel to the location for a one- or two-hour class every week. The company provides lessons in various locations such as Tokyo, Saitama, Tsukuba, Chiba, Shiga, and Osaka.[12]

DCEC's iTALK and email lessons are Web-based lessons. DCEC's iTALK lessons use Skype as their platform and students can have 25-minute to 50-minute lessons once or twice a week. On the other hand, the email lessons are based on 2 email exchanges per week. It starts with an introductory email and officially commences when the learner responds to the email.

The Special lessons are customized lessons, depending on the learner's needs and availability. Some examples are Job Interview, Travel, Chinese language, grammar, Japanese Culture, presentations and TOEIC lessons.

In the grammar lesson, participants review and talk about English grammar on the most basic level. Learners write sentences and speak using the grammar forms reviewed in each lesson.

Different types of questions given in the actual TOEIC and tips on how to answer them are shared with the participants in the TOEIC lesson. Major tips include "how to speed read" for the reading section, and "how to figure out incorrect answers" for the listening section.

The Japanese lesson is intended for advanced learners since it is in narrative form. It focuses on the Muromachi period spanning three centuries prior to Edo Period. To highlight the strengths and weaknesses, achievements and failures of the era, a timeline technique is used.

According to the company's website, payment system of DCEC based lessons is based on the lesson type that a leaner selected.[13] Learners can opt to pay 4, 12, 24, 50 or 100 lessons at a time. As the number of lesson increases, there is a corresponding reduction of fee per lesson.