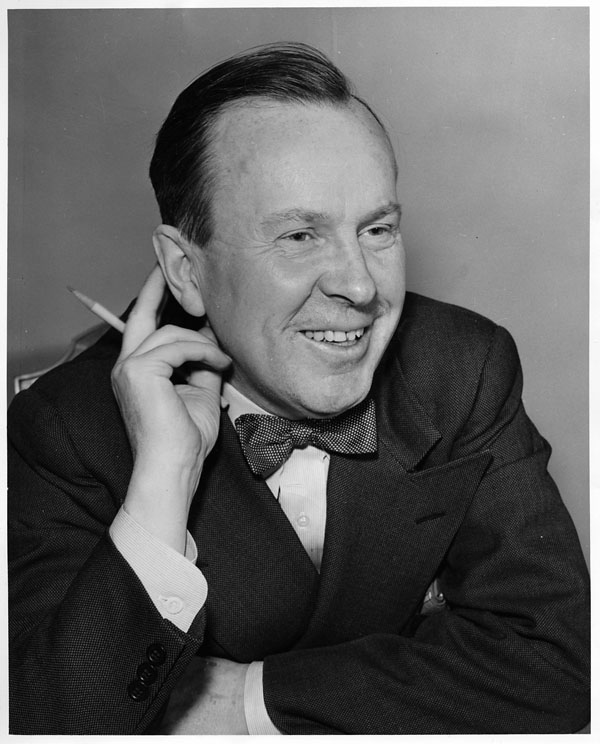 During his time as Prime Minister, Pearson's minority government introduced universal health care, student loans, the , the , and the current Canadian flag. During his tenure, Prime Minister Pearson also convened the . With these accomplishments, together with his groundbreaking work at the United Nations, and in international diplomacy, Pearson is generally considered among the most influential Canadians of the 20th century.

Pearson was born in , , , the son of Edwin Arthur Pearson, a Methodist (later ) minister and Anne Sarah Bowles. He entered Victoria College at the in 1914, where he lived in residence in and shared a room with his brother Duke (Marmaduke). While at the University of Toronto, he joined the Fraternity. He was subsequently elected to the social science honor society's chapter at the University of Toronto for his outstanding scholastic performance in history and sociology. At the university, he became a noted athlete, excelling in and playing for the . Pearson also starred in and as a youth, frequently played and as an adult, and so had the most intense and wideranging competitive sporting interests of any Canadian prime minister.

When the First World War broke out in 1914, he volunteered for service as a Medical Orderly with the University of Toronto Hospital Unit. In 1915, he undertook overseas service with the Canadian Army Medical Corps as a stretcher bearer with the rank of Private and had a subsequent commissioning to the rank of Lieutenant. During this period of service he spent two years in and . In 1917, Pearson transferred to the (as the did not exist at that time), where he served as a Flying Officer until being sent home with injuries from two accidents; while training as a pilot at an air training school in Hendon, England, Pearson survived an airplane crash during his first flight. Unfortunately, in 1918, he was hit by a London bus during a blackout and was sent home as an invalid to recuperate and then discharged from the service.It was as a pilot that he received the nickname of "Mike", given to him by a flight instructor who felt that "Lester" was too mild a name for an airman. Thereafter, Pearson would use the name "Lester" on official documents and in public life, but was always addressed as "Mike" by friends and family. [The Nobel Foundation. [http://nobelprize.org/nobel_prizes/peace/laureates/1957/pearson-bio.html Lester B. Pearson Biography] . Nobelprize.org. Retrieved on: , .]

After scoring the top marks on the Canadian foreign service entry exam, he then embarked on a career in the Department of External Affairs. Pearson was posted to in the late 1930s, and served there as began in 1939, until 1942 as the second-in-command at Canada House, where he coordinated military supply and refugee issues, serving under High Commissioner . Pearson returned to for a few months. He was then posted to , where he served as second-in-command for nearly two years, and then became Canada's ambassador to the United States on January 1, 1945. He had an important part in founding both the and NATO. During the Second World War, he once served as a courier with the codename "Mike." He went on to become the first director of Signal Intelligence.

Canadian Prime Minister tried to recruit Pearson into his government as the war wound down. Pearson felt honoured by King's approach, but resisted at the time, due to his personal dislike of King's interpersonal style and political methods. ["Mr. Prime Minister 1867-1964", by , 1964, Longmans Canada publishers.] Pearson would not make the move into politics until a few years later, after King had announced his retirement as prime minister.

In 1948, Prime Minister appointed Pearson Minister of External Affairs in the Liberal government. Shortly afterward, he won a seat in the , for the federal riding of . In 1957, for his role in defusing the through the United Nations, Pearson was awarded the . The selection committee claimed that Pearson had "saved the world." The was Pearson's creation, and he is considered the father of the modern concept of . His Nobel medal is on permanent display in the front lobby of the Lester B. Pearson Building, the headquarters of the in Ottawa.

He was elected leader of the Liberal Party at its 1958 leadership convention, defeating his chief rival, cabinet minister .

As the newly-elected leader of the Liberals, Mr. Pearson had given an ill-advised speech in the House of Commons that asked Prime Minister Diefenbaker to give power back to the Liberals without an election, because of a recent economic downturn. This strategy backfired when Diefenbaker seized on the error by showing a classified Liberal document saying that the economy would face a downturn in that year. This contrasted heavily with the Liberal's 1957 campaign promises, and would make sure the "arrogant" label would remain attached to the Liberal party.

Consequently, Pearson's party was badly routed in the election of that year, losing over half their seats, while Diefenbaker's Conservatives won one of the largest majorities. The election also cost the Liberals their Quebec stronghold; the province had voted largely Liberal in federal elections since the , but upon the resignation of former Prime Minister , the province had no favourite son leader, as they had since 1948.

Pearson convened a significant 'Thinkers' Conference' at in 1960, which developed many of the ideas later implemented when he became prime minister. ["Citizen of the World: The Life of Pierre Elliott Trudeau", volume 1, by , Toronto 2006, Knopf Canada publishers.]

In the 1962 election, his party reduced the Progressive Conservative Party of to a minority government.

Not long after the election, Pearson capitalized on the Conservatives' indecision on installing nuclear warheads on s. Minister of National Defence resigned from Cabinet on , because of Diefenbaker's opposition to accepting the missiles. The next day, the government lost two s on the issue, prompting the election.

Pearson led the Liberals to a minority government in the 1963 general election, and became prime minister. He had campaigned during the election promising "60 Days of Decision" and support for the Bomarc missile program.

Pearson never had a majority in the , but he nevertheless managed to bring in many of Canada's major social programs, including universal health care, the and , and established a new national flag, the Maple Leaf. This was due in part to support for his minority government in the House of Commons from the , led by . His legislation included instituting the 40-hour work week, two weeks vacation time and a new .

Pearson signed the (or Auto Pact) in January 1965, and unemployment fell to its lowest rate in over a decade. [http://ms.radio-canada.ca/archives/2002/en/wmv/autopact19650107et1.wmv] While in office, Pearson resisted U.S. pressure to enter the . Pearson spoke at in Philadelphia on , , while visiting the United States, and voiced his support for a negotiated settlement to the Vietnam War. When he visited U.S. President the next day, Johnson (supposedly) grabbed Pearson by the lapels and shouted, "You pissed on my rug." [ [http://www.washingtonpost.com/wp-dyn/articles/A43737-2004Aug5.html The View From Out There (washingtonpost.com) ] ] Pearson later recounted that the meeting was acrimonious, but insisted the two parted cordially. After this incident, LBJ and Pearson did have further contacts, including two further meetings together, both times in Canada. (Canadians most remember the Pearson years as a time Canada-U.S. relations greatly improved.) [http://www.lbjlib.utexas.edu/johnson/archives.hom/holdings/Findingaids/WHCF/COLIST.asp]

Pearson also started a number of s, including one on the status of women and another on bilingualism. They instituted changes that helped create legal equality for women, and brought official bilingualism into being. After Pearson, French was made an , and the Canadian government would provide services in both. Pearson himself had hoped that he would be the last unilingual Prime Minister of Canada and, indeed, fluency in both English and French became an unofficial requirement for Prime Ministerial candidates after Pearson left office.

His government endured significant controversy in Canada's military services throughout the mid-1960s, following the tabling of the in March 1964. This document laid out a plan to merge the , the , and the to form a single service called the Canadian Armed Forces. Military unification took effect on 1 February 1968 when "The Canadian Forces Reorganization Act" received Royal Assent.

Pearson was also remarkable for instituting the world's first race-free system, throwing out previous ones that had discriminated against certain people, such as s and the Chinese. His points-based system encouraged immigration to Canada, and a similar system is still in place today.

Also in 1967, the President of France, made a visit to . During that visit, de Gaulle was a staunch advocate of Quebec separatism, even going so far as to say that his procession in reminded him of his return to after it was freed from the Nazis during the Second World War. President de Gaulle also gave his "Vive le Québec libre" speech during the visit. Given Canada's efforts in aid of France during both world wars, Pearson was enraged. He rebuked de Gaulle in a speech the following day, remarking that "Canadians do not need to be liberated" and making it clear that de Gaulle was no longer welcome in Canada. The French President returned to his home country and would never visit Canada again.

After his announcement on , , that he was retiring from politics, a leadership convention was held. Pearson's successor was , a man who Pearson had recruited and made Minister of Justice in his cabinet. Trudeau later became Prime Minister, and two other cabinet ministers Pearson recruited, and , served as prime ministers in the years following Trudeau's retirement. , the son of Pearson's minister of external affairs, Paul Martin Sr., also went on to become prime minister.

Pearson served as Chancellor of in Ottawa from 1969 until his death in 1972. Pearson is buried just north of , in Wakefield, QC in Maclaren Cemetery, next to his close External Affairs colleagues and .

* The named Pearson "Newsmaker of the Year" nine times, a record he held until his successor, Pierre Trudeau, surpassed it in 2000. He was also only one of two prime ministers to have received the honour, both before and when prime minister (the other being Brian Mulroney).
* The is awarded annually to the 's outstanding player in the regular season, as judged by members of the (NHLPA). It was first awarded in 1971 to , a native of .
* Pearson was inducted into the Sports Hall of Fame at the .
* Pearson was inducted into the in 1983.
* The , completed in 1973, is the headquarters for the , a tribute to his service as external affairs minister.
* , opened in 1974, is a near .
* The , first awarded in 1979, is an award given out annually by the to recognize an individual Canadian's "contribution to international service."
* , first opened in 1939 and re-christened with its current name in 1984, is .
* The , established in 1994, is an independent not-for-profit institution providing research and training on all aspects of peace operations.
* The is the largest in Quebec. [http://www.lbpsb.qc.ca/isp/About%20Us] The majority of the schools of the Lester B. Pearson School Board are located on the western half of the island of Montreal, with a few of its schools located off the island as well.
* lists five so-named schools, in Calgary, Toronto, Burlington, Ottawa, and Montreal. There are also elementary schools in ; ; ; ; ; and Wesleyville, Newfoundland.
* "Pearson Avenue" is located near Highway 407 and in , Canada; less than five miles from his place of birth.
* "Pearson Way" is an arterial access road located in a new subdivision in ; many ex-Prime Ministers are being honoured in this growing community, including Prime Ministers and .
* "Lester B. Pearson Place" completed in 2006, is a four storey affordable housing building in Newtonbrook, Ontario, mere steps from his place of birth.
*"Lester B. Pearson Civic Centre," [http://www.cityofelliotlake.com/civiccentre.html] is in
* A plaque at the north end of the North American Life building in commemorates his place of birth. The manse where Pearson was born is gone, but a plaque is located at his birth site. [http://www.ontarioplaques.com/Plaques_Toronto/Plaque_Toronto90.html]
* The was a baseball competition between the and .