To access the relevant data, search the database by entering "Savanna Portage" in the "Name" field, and "MN" in the "Location" field.]
nrhp_type = 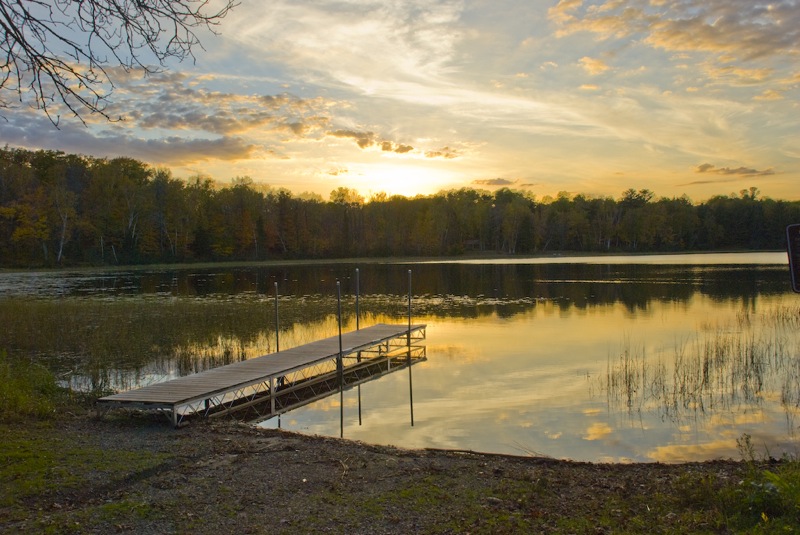 Savanna Portage State Park was established as a Minnesota state park in 1961 to preserve the historic Savanna Portage, a difficult six-mile (10 km) trail connecting the watersheds of the and . The park contains a separating the , which drains to the Mississippi and the , from the , which flows in an opposite direction to the , Lake Superior and the , and the to the .

Savanna Portage was a used by Native Americans for centuries before being used by European explorers, rs, voyageurs, and missionaries of the 18th and 19th centuries. It was a vital link connecting the Mississippi waterways to the west with the to the east. The portage is listed in the . The park which now contains it is located 17 miles (27 km) north and east of , and approximately 50 miles (80 km) west of Duluth.

The park is located on the divide between the watersheds of the and the , both of which drain to the . The area is a low-relief plain which was once a bed. During the last phase of the last Ice Age, the deteriorating continental glacier left behind connected lakes, known as Glacial Lakes Aitkin and Upham. Formed by the retreat of the St. Louis Sublobe of the Superior Lobe of the glacier, [Ojakangas & Matsch (1982), p. 109.] Lake Upham drained through Lake Aitkin to . The retreating glacier and the lakes deposited sand and sediments in the lakebed. [Sansome (1983), p. 155; Waters, (1977), pp. 26, 211, 225.] As the lakes drained these sediments became the present plain.

The old lake plain is part of the Tamarack Lowlands Subsection within the Northern Minnesota Drift Plains Section of the Laurentian Mixed Forest. sediments deposited by the glacial lake are parent to the present soils of peats, silt, and sand; the peats are in marshes which form large parts of the park.

The plain in the old lakebed provided a low-grade but very swampy overland route across the divide between the East and West Savanna Rivers. Wolf Lake, source of the East Savanna, is only about convert|800|yd|m east of Savanna Lake on the West Savanna. [cite web | title = 209 km N of Minneapolis, Minnesota, United States | work = Topographic Map | publisher = U.S.G.S via terraserver.microsoft.com | date = | url = http://terraserver-usa.com/map.aspx?t=2&s=12&lon=-93.1737457239844&lat=46.8492247307885&w=600&h=400&opt=0&f=Tahoma,Verdana,Arial&fs=8&fc=ffffff99
accessdate = 2008-03-16 ] As Wolf Lake and the upper East Savanna are very swampy, the route selected for the portage trail departed from the river further downstream, shortening the distance to be traveled through the bog. The portage, some six miles (10 kilometers) long, starts in the swamp and then goes west in a wooded upland to reach the West Savanna.

Long used by Native Americans, [ [http://www.dnr.state.mn.us/state_parks/savanna_portage/index.html Savanna Portage.] ] it became a thoroughfare between the and the Mississippi Valley for explorers, missionaries, and fur traders.

The portage likely was used by Europeans as early as 1679, when visited a village at Big Sandy Lake during his exploration of the Lake Superior region and the Upper Mississippi.

When the , building west from Duluth, reached nearby McGregor in 1870, the portage fell out of use. [Axelson (2008), p. 59.] Its location was traced and marked in 1926 and in the 1940s through the 1960s, and with the use of archaeological techniques, it was more precisely marked in 1981. [Axelson (2008), pp. 59-61.] Much of the route is now maintained as a hiking trail. [ [http://www.dnr.state.mn.us/volunteer/janfeb08/vanishing_footsteps_map.html Interactive map of the Savanna Portage Trail] , . This map shows the portage route superimposed on a USGS topographical map, with text describing features of the waypoints.]

The interest created by investigations into the trail's route inspired creation of Savanna Portage State Park in 1961. [Axelson (2008), p. 59.] At some 14,000 acres, it became the third-largest park in the system. It included within it the "Floodwood Game Refuge"; the park in turn is nearly surrounded by the "Savanna State Forest". It is some 13.5 miles (21.6 km) long and nowhere more than four miles (6.4 km) wide, its shape being dictated in part by the portage corridor. [Meyer (1991), p. 198.]

Named for its open marshy grassland, the park's peat bogs and marshes include sedges and black spruce, tamarack, and white cedar.