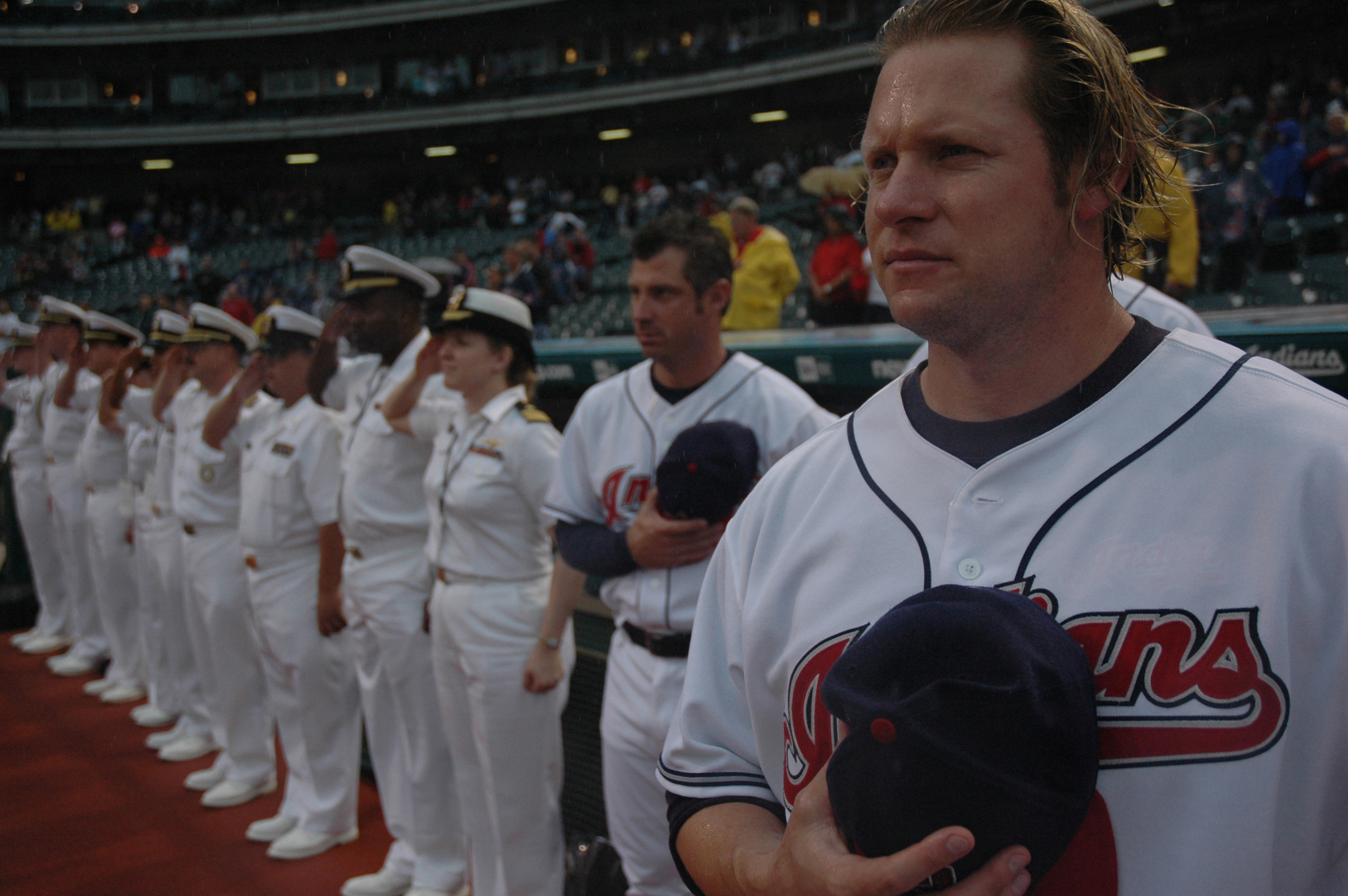 Jason Drew "J-Mike" [cite web |url = http://www.baseball-reference.com/m/michaja01.shtml |title = Jason Michaels Statistics |accessdate = 2007-07-22 |publisher = Sports Reference, Inc.] Michaels (born , in Tampa, ) is an for the of . He is a 1994 graduate of and received an Associate of Arts (AA) degree from Okaloosa-Walton Community College in 1996. He went on to star in baseball at the in by|1997 and by|1998 and signed with the after they selected him in the fourth round of the June 1998 amateur draft.

Michaels attended Jesuit High School of Tampa which also produced major leaguers , and . He hit over .400 in each of three years for Jesuit. After high school graduation, Michaels was selected in the 49th round of the June by|1994 amateur draft by San Diego. He chose not to sign with the Padres and instead attended Okaloosa-Walton Community College in Niceville, Florida where he hit .421 with 9 s and 45 RBI and was named Panhandle Conference Player of the Year in 1996. [cite web
url=http://raider.owc.edu/baseball/Awards.cfm
title=Raiders Athletics Baseball Awards
accessdate=2007-06-20
publisher=Okaloosa-Walton College]

In June 1998, Michaels was selected for the fourth time in the baseball amateur draft, this time by the Phillies in the 4th round. He signed his first professional contract , 1998.

Although he spent most of the season with Scranton/Wilkes-Barre, Michaels made his major league debut with Philadelphia on , 2001. He was on the Phillies' 25-man roster from by|2002 through by|2005 as a reserve outfielder and , compiling a .291 batting average with 21 home runs and 100 RBI in 383 games and 808 s. He was used primarily as a pinch hitter and defensive replacement in 2002 and by|2003. In by|2004, he was the team's behind fellow University of Miami alumnus Pat Burrell, , and . In 2005, he platooned in center field with hitting .

Michaels was arrested on , 2005, after allegedly punching a police officer as he left a nightclub in Old City, Philadelphia.

On , 2006, the Phillies traded Michaels to the Cleveland Indians for left-handed .

Michaels' struggles against right-handed pitching in 2006 (.252, 4 HR, 28 RBI in 338 s compared to .291, 5 HR, 27 RBI in 210 plate appearances against left-handers) prompted the Indians to sign left-handed hitting, outfielder after the 2006 season. [cite web
url=http://mlb.mlb.com/news/article.jsp?ymd=20061127&content_id=1746722&vkey=news_cle&fext=.jsp&c_id=cle
title=Tribe tabs Dellucci for left field
accessdate=2007-06-20
last=Castrovince
first=Anthony
date=November 26, 2006
publisher=MLB Advanced Media, L.P./MLB.com] Dellucci and Michaels were expected to platoon in left field in by|2007, with Michaels seeing most of his playing time against left-handed pitching.

On , by|2008, Michaels was traded to the Pittsburgh Pirates after being designated for assignment.