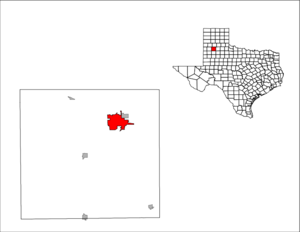 There were 7,626 households out of which 40.1% had children under the age of 18 living with them, 57.2% were married couples living together, 13.0% had a female householder with no husband present, and 25.7% were non-families. 22.7% of all households were made up of individuals and 11.2% had someone living alone who was 65 years of age or older. The average household size was 2.82 and the average family size was 3.33.

*, , and sausage entrepreneur , known for his sketches with 's , was born in Plainview.

*, technology entrepreneur and founder of Netscape and other companies, was born in Plainview.

*Dave Williamson, drummer for Scurge Records artist The Lifeless Design, is from Plainview.

*The general Felix Conkling Crawford (-) practiced in Plainview and was a leading figure in both the Texas Dental Association and the . He was also a for the ADA.

*Lindy Williams, the lead singer of and owner of RaceDayOutfitters.com, is from Plainview.

* trainer , who has won the Kentucky Derby twice, in 1990 with Unbridled and in 2007 with Street Sense, was born in Plainview. He also won the 1990 Breeder's Cup Classic with Unbridled.

The 1992 film was filmed in part in Plainview. The downtown water tower still bears the name and mascot of the fictional town in which the movie is set: The Rustwater Bengals.

The City of Plainview is served by the .

is a four-year university with approximately 1100 students at its main campus in Plainview.

The is located in Plainview.