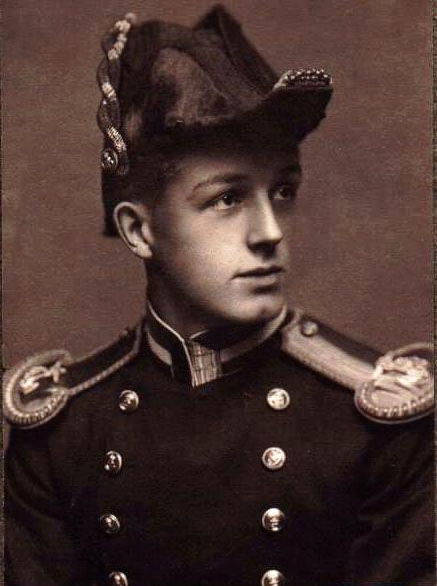 John "Jack" Llewelyn Davies (, – , ), was the second eldest of the befriended by creator , and one of the inspirations for the boy characters in the famous story of . He served in the during .

Davies and his older brother George first met the writer on their regular outings in with their nurse Mary Hodgson and infant brother Peter in 1897. He and George were the audience for the fantastic stories in which Barrie conceived of the character of Peter Pan. They took part in play adventures with Barrie which provided much of the inspiration for the adventures in the 1904 stage play "" and its subsequent adaptations. Shortly before writing the play, Barrie made a photo book titled "The Boy Castaways", featuring the three oldest brothers pretending to be shipwrecked on an island and fighting pirates, themes that later appeared in the Peter Pan story. The character of John Darling, the older of Wendy's brothers, was named after him.

In 1906 Davies was recommended by Barrie to Admiral for a position at , which was unlike his brothers, who all attended . Following the deaths of his parents Arthur (1907) and Sylvia (1910), Barrie assumed guardianship of him and his brothers. He reportedly harbored some resentment of Barrie, at times believing the writer was trying to take his father's place (especially after his father died). He was not as close to the writer as were his brothers, especially George and Michael. [Birkin, Andrew, "J. M. Barrie and the Lost Boys".]

Just prior to his mother's death, he joined the and served in the North Atlantic during . His brother George was killed in action in 1915. His brother Michael drowned in an apparent accident in 1921. His brothers Peter and Nico (the youngest) out-lived him.

He married 19-year-old Geraldine "Gerrie" Gibb in 1917, without first asking permission of Barrie, who only grudgingly approved of the relationship. Nonetheless, Barrie gave the couple charge of the Davies family house, where Michael and Nico still lived during school holidays, in the care of Mary Hodgson. Friction between Gerrie and Hodgson led to the elder woman's resignation. Davies had two children: Timothy, born in 1921, and Sylvia Jocelyn (named for Davies' mother, but always known as Jane), born in 1924.

He died in 1959 at the age of 65, several months before his brother Peter committed suicide.