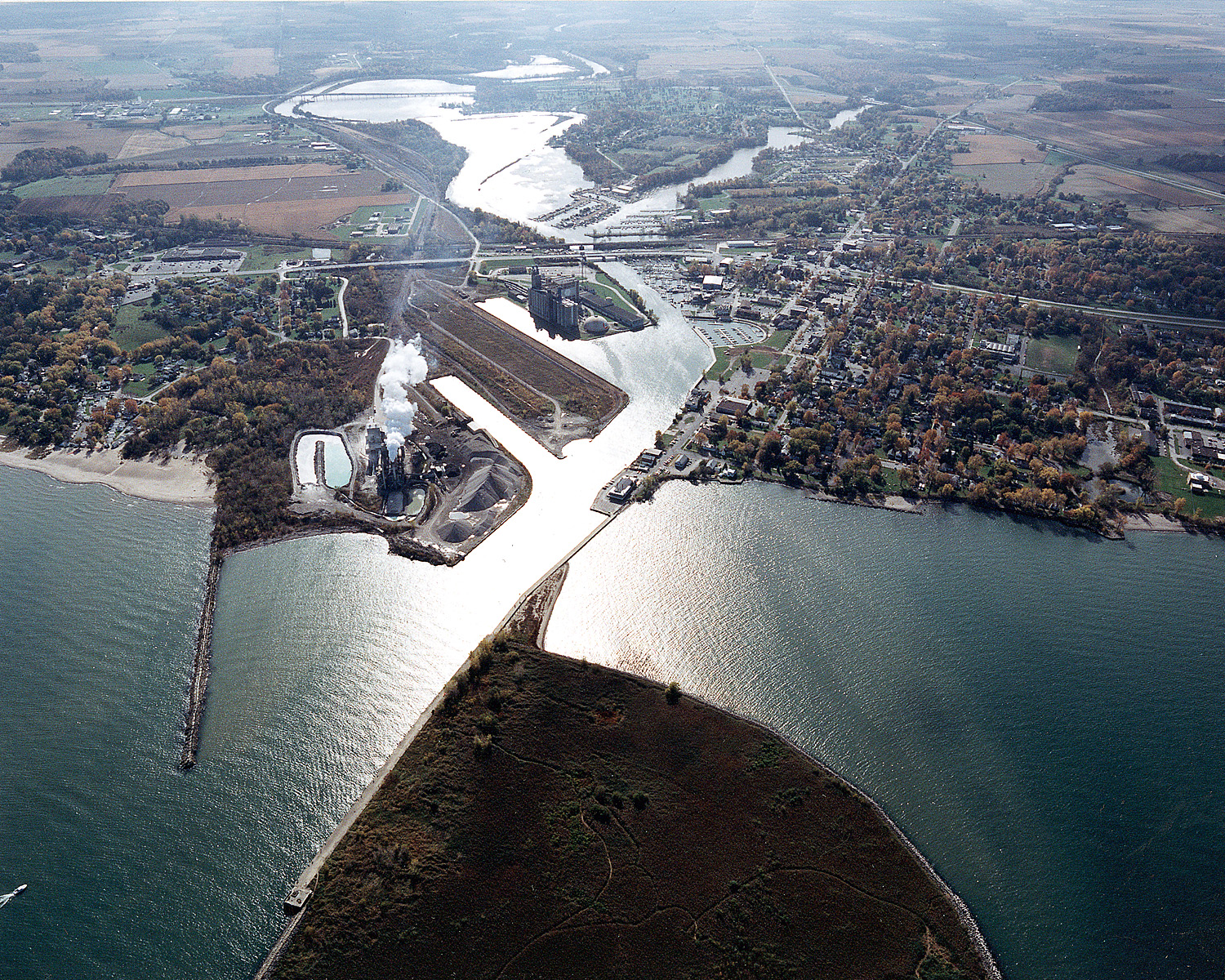 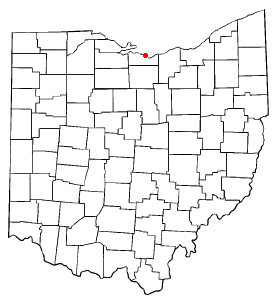 Huron was at the center of the "" of the , lands offered to residents of Connecticut who had lost property to British raiders during the . The first settler in the area that became Huron was a -born trapper, trader and interpreter named John Baptiste Flemmond, who established a trading post along the east bank of the Huron River in 1792.

The village of Huron was incorporated in 1809. Port facilities on the west bank of the Huron River were developed in the 1820s and the town became a major ship building center in the 1830s. The greatly expanded Huron's port on the east bank of the Huron River beginning in 1880. The first cargo of at the W&LE docks was received ,. The port is still in use today, accepting cargoes of iron ore and from s. Huron was also the home port of several commercial fishing fleets before lake pollution decimated the industry on in the early 1970s.

Commercial and industrial development had historically been centered around the port area. By the early 1960s a busy downtown business district had developed, serving local residents and summer tourists. However, with improvements to and Ohio Route 2 bypassing the downtown area and enabling quicker travel to larger neighboring cities, downtown Huron went into decline. Starting in 1967, the City of Huron embarked on a controversial program with funding from the . The city purchased, in some cases by , and demolished 38 commercial buildings and private homes. It then built a municipal marina, called the Huron Boat Basin, as the focal point of a new downtown. While the "Boat Basin" has become a popular community park and gathering place; extensive redevelopment of the downtown area did not occur as envisioned. New industry and commercial development has more recently occurred on the southern and western city limits.

, a branch campus of , is located just west of the city limits. A separate college of the system, BGSU Firelands has been a regional campus of BGSU since 1968. Over 2,000 students in 2006 were enrolled for a wide array of associate, bachelors and graduate degree programs.

Huron is also the former home of the "Harbor Bay Golf Dome." This facility housed an advanced indoor driving range and sports field before it was blown down by separate wind storms in 1999 and 2002. For a time, it was called the "Extreme Sports Dome," when it housed an indoor BMX track.

On , , the (ODNR) announced the purchase of the facility in Huron. Concurrently, announced the closure of the . The convert|19.8|acre|m2|sing=on parcel, containing Huron's largest building, is a key piece of Huron’s waterfront. The City of Huron has assumed title to the former grain silos and flour mill and envisions a future riverfront development to include restaurants, retail stores, condominiums and greenspace. ODNR's Division of Watercraft will develop a public boating and fishing access site with launch ramps, docks and parking facilities.

There were 3,315 households out of which 30.9% had children under the age of 18 living with them, 55.6% were married couples living together, 9.7% had a female householder with no husband present, and 31.8% were non-families. 27.6% of all households were made up of individuals and 10.4% had someone living alone who was 65 years of age or older. The average household size was 2.37 and the average family size was 2.92.

Huron City Schools sports teams are known as the Tigers. The Tigers have recorded numerous athletic successes for both boys and girls. The Tigers won the 2004-2005 Boys SBC All Sports Award with conference championships in soccer, football, basketball, and track and field.

The Lady Tigers have recorded success in volleyball under coach Don Wood, with ten consecutive Sandusky Bay Conference championships, including Division III State titles in 1999 and 2002 and State runner-up in 2001.

Huron is also known for their semi-pro dodgeball team, the Seitz's Soldiers. This team, formerly under the name of United Ballers, are a team that pride themselves in the spirit, courage and heart much like that of the Seitz family. The Seitz family is a very courageous family that resides in Huron and consist of Corey, Michael, and Virginia. The Seitz's Soldiers are coached by Mr. Brent Mesenburg and consist of a courageous group of highly skilled players that graduated in 2006. Also helping coach is Special Teams Coordinator Corey Aldridge. They all are currently taking a few years off to pursue college academics, but are expected to make a comeback after that.