Nabih Youssef, S.E., F.A.S.C.E is an Egyptian-American structural engineer, most recognized for his work in earthquake engineering.[1]

Youssef lead the engineering division at A.C. Martin Partners[citation needed] before founding his own firm, Nabih Youssef & Associates (NYA), in 1989. Twenty years later, NYA is a 60-engineer company with offices throughout California.[2] 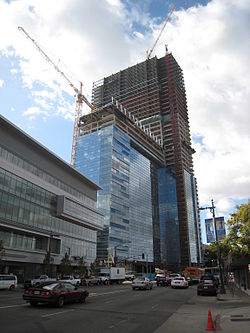 The 56-story L.A. Live! Tower is currently under construction in downtown Los Angeles. It uses an advanced steel plate shear wall system to resist lateral loads and is the first building in Los Angeles to so.[3][4]

Cathedral of Our Lady of the Angels 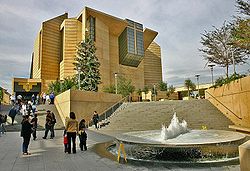 Cathedral of Our Lady of the Angels

Cathedral of Our Lady of the Angels used base isolation to achieve a structure that would last 500 years.[5]

Youssef pioneered the use of base isolation to seismically protect structures.[6] He is a Lecturer at the USC School of Architecture.[7] Additionally, Youssef has been involved in various industry and governmental panels, notably:

Congressional Office of Technology Assessment advisory panel member[8] Chair of the Vision 2000 Committee and the Seismology Committee of the Structural Engineers Association of California. Chair of Project Restore, a non-profit organization dedicated to the historic restoration and revitalization of historic facilities in Los Angeles.[9]