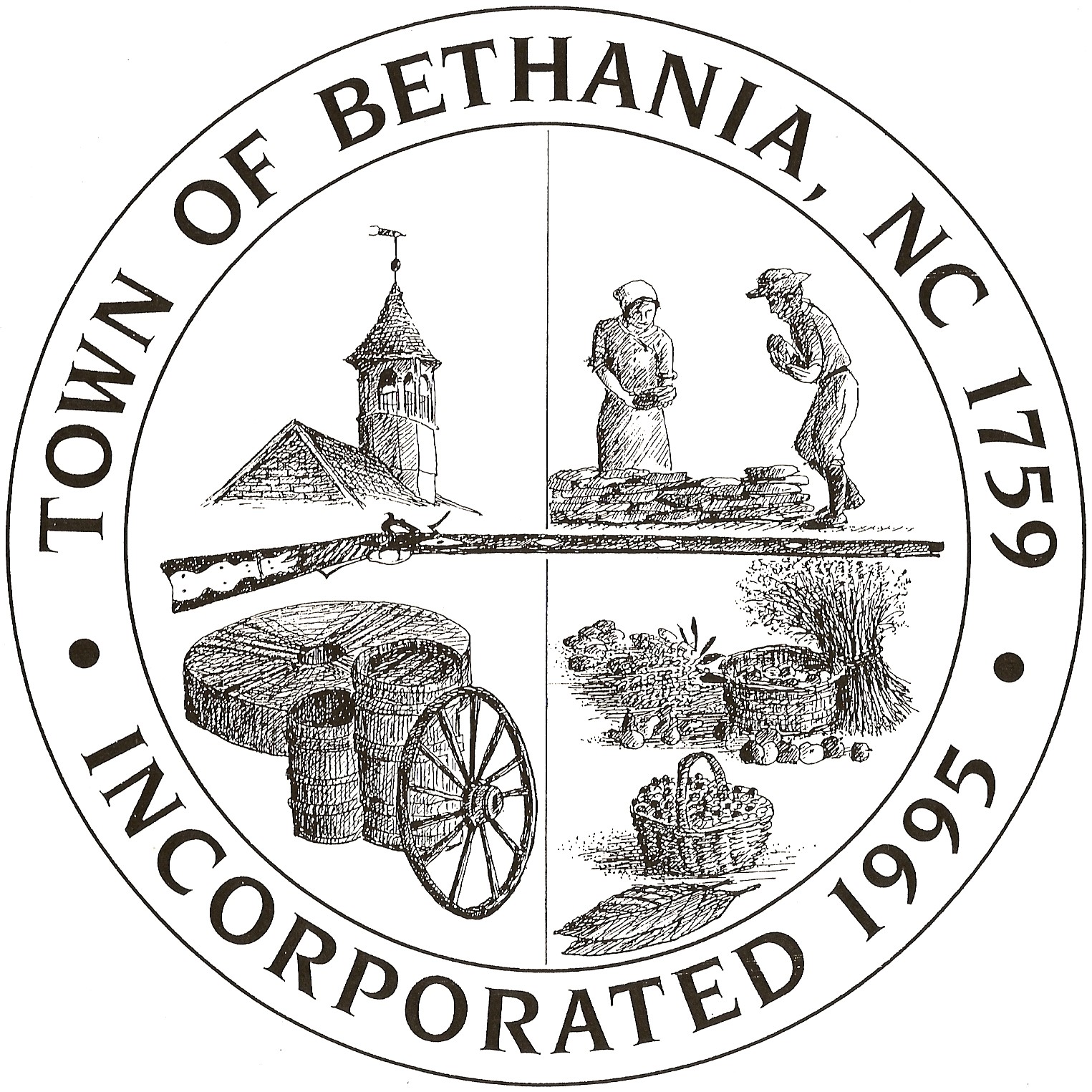 Bethania is the oldest municipality in Forsyth County, , , and was most recently incorporated in 1995, upon the reactivation of the original 1838/1839 town charter. In 2009, Bethania will celebrate the 250th anniversary of its establishment in 1759.

The first planned Moravian settlement in North Carolina, Bethania exists as the only remaining independent, continuously active Moravian village in the southern United States, and is the only known existing Germanic-type Linear Agricultural village in the South. The 500-acre Bethania National Historic Landmark district is the largest National Landmark in Forsyth County. Bethania and its 18th and 19th century properties are listed on the National and North Carolina State Historic Registers of Places.

Bethania was founded 12 June 1759 by the Moravian Brethren of Wachovia as a congregational, agricultural, and trades community. Bethania was the first planned Moravian settlement in Wachovia, and members of a "Society", under the care of the Bethania congregation were permitted to reside in the village, as well, after July 1759. Today, Bethania's eighteenth century German-type linear agricultural village design remains visible and intact, and most town lots and roadways have remained in continuous use since 1759. The town was named after Bethany, a village near recorded in the as the home of Mary, and , as well as that of . [Jennifer Bean Bower (2006), "Moravians in North Carolina", p. 14. Arcadia Publishing, ISBN 0738543292.]

In March 2007, The Town of Bethania opened a visitor center and museum, Historic Bethania, to welcome friends and guests, and to promote education and cultural resource preservation in the community. The Historic Bethania Visitor Center facilities include a relocated and restored Moravian farmstead home, the Wolff-Moser House, dating to ca. 1792, one of the earliest known surviving rural Moravian farmstead homes in North America. The Wolff-Moser House can be visited by the public, during the center's open hours. The Historic Bethania Visitor Center, located at 5393 Ham Horton Lane, at the intersection of Main Street and Bethania Road, also serves as an orientation center for those wishing to explore the Bethania National Historic Landmark District. Visitors to the c. 1759 Bethania Historic District can obtain a tour map and additional information at the visitor center.

There were 139 households out of which 32.4% had children under the age of 18 living with them, 69.8% were married couples living together, 8.6% had a female householder with no husband present, and 20.1% were non-families. 15.8% of all households were made up of individuals and 5.0% had someone living alone who was 65 years of age or older. The average household size was 2.55 and the average family size was 2.84.