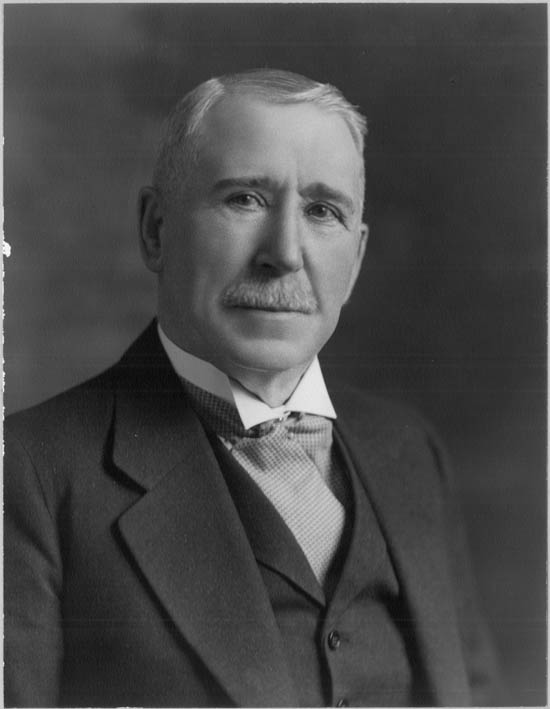 His government passed legislation to permit women to vote in provincial elections, and held a on . The plebiscite was held the same day as the 1919 general election. While prohibition was approved by the voters, the Hearst government was unexpectedly defeated by the party in their first election.

Sir William Howard Hearst was born in the township of Arran in Bruce County, Ontario. He studied law at , , and became a in 1888. Hearst practiced law in Sault Ste. Marie, where he became prominent in municipal affairs. He was an unsuccessful candidate in Algoma East in 1894. In 1902 he organized support in Northern Ontario for .

In 1908 Hearst was elected member for the riding of Sault Ste. Marie. In 1911 he became Minister of Forests and Mines. On the death of James P. Whitney in 1914, Hearst became his successor and was sworn in as Premier on , .

In 1916, the (OTA) was introduced as a temporary wartime measure by Hearst, a temperance advocate and pillar of the church. It made possession of liquor and beer outside one's home illegal. Although one could retain a 'cellar supply' for personal consumption, it was illegal to sell a drink. As a result, the government closed bars, taverns, clubs and liquor stores.

Under his administration a comprehensive measure to provide compensation to workers for injuries was put into operation. He took steps to deal with housing problems and provide loans to settlers. Municipal acts were passed. School fairs and teaching of agriculture were inaugurated. Measures were taken to increase war production. Reforestation and fire prevention services were established. And the Hospital in was built as a gift of the people of Ontario.

Hearst served as a member of the formed to settle international boundary waters disputes between the United States and Canada.

He resumed his law practice in Toronto after his term as premier.

The town of Hearst, in , is named for William Hearst.

* [http://ontarioplaques.com/Plaques_ABC/Plaque_Bruce17.html Ontario Plaque for Hearst in .]
* [http://www.ontla.on.ca/web/members/members_all_detail.do?locale=en&ID=460 Member's parliamentary history for the Legislative Assembly of Ontario]