Hydro One Incorporated delivers electricity across the Canadian province of Ontario. It is a Corporation established under the Business Corporations Act (Ontario) with a single shareholder, the Government of Ontario.[1]

Hydro One traces its history to the early 20th century to the establishment of the Hydro-Electric Power Commission of Ontario, renamed "Ontario Hydro" in 1974.

In October, 1998 the provincial government passed the "Energy Competition Act" which restructured Ontario Hydro with the aim of privatizing all electrical generating and transmission/delivery.

Hydro One was originally part of the Hydro-Electric Power Commission of Ontario, or Ontario Hydro, which was established in 1906 by the provincial Power Commission Act to build transmission lines to supply municipal utilities with electricity generated by private companies already operating at Niagara Falls. The first chairman was Adam Beck, minister without portfolio in the provincial government of Sir James P. Whitney. Beck had been a prominent advocate of a publicly owned electricity grid.

In the 1920s the commission began generating and distributing its own power when it was given the mandate to electrify rural areas. Besides building its own generating stations, it bought the transmission lines and generators of the largest private electricity company. 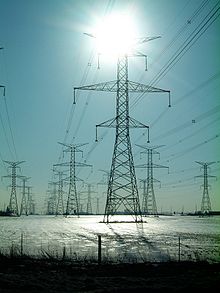 In 1974 the Power Corporation Act reorganized the system as a crown corporation called Ontario Hydro, the name it was most usually known by.

In 1998, the PC government of Mike Harris passed the Energy Competition Act which authorized the establishment of a market in electricity. In April 1999, Ontario Hydro was re-organized into five successor companies: Ontario Power Generation, the Ontario Hydro Services Company (later renamed Hydro One), the Independent Electricity Market Operator (later renamed the Independent Electricity System Operator), the Electrical Safety Authority, and Ontario Electricity Financial Corporation. The two commercial companies, Ontario Power Generation and Hydro One, were intended to eventually operate as private businesses rather than as crown corporations.

By 2001, Hydro One had acquired 88 municipal utilities. In December 2001 the provincial government announced the intention to sell Hydro One under an initial public offering, however by April 2002 various groups in opposition to the plan were able to successfully challenge the government in the Ontario Superior Court, forcing a halt to the IPO[1].

In 2002 an electricity market began operating. However, critics questioned, among other things, whether the market was truly competitive or could ever become competitive, given that an electricity grid is not a private good. Public dismay at an increase in prices led the government of Harris's successor, Ernie Eves, to freeze electricity prices for residential and small business consumers. This freeze was maintained after the Liberal party of Dalton McGuinty replaced the PC government in 2003. The freeze was removed and prices were raised in April, 2004, and have been increased again subsequently.

On May 1, 2000 the Ontario Hydro Services Company was renamed Hydro One Incorporated and reorganized as a holding company with four subsidiaries:

Between 1998 to 2000, Hydro One acquired 88 municipal electrical utilities. Numerous local/municipal distribution companies were also consolidated during this time.

In May 2002 the provincial government went ahead with the launch of an open electricity market, even though generating and distribution remained under control of the government.

Effective December 8 2006, President and CEO Tom Parkinson's resignation was accepted[2]. His resignation was prompted by a controversy surrounding use of company property and improper processing of personal expenses uncovered by the Ontario Auditor General.[3] 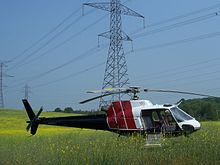 Hydro One - A-Star with AirStair attachment