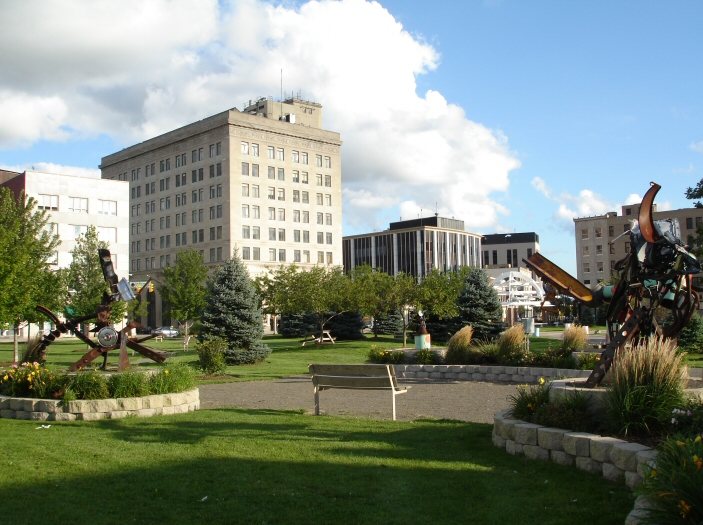 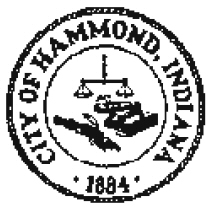 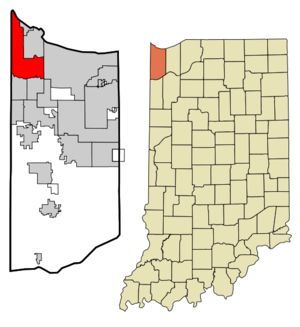 *Central Hammond:*Glendale Park:*Harrison Park:*Jacob's Square:*East Hammond
*Hessville
*North Hammond
*South Hammond:*Forest-Ivanhoe :*Indi-Illi Park:*Columbia Center:*Meadows:*Woodmar
*Robertsdale::The Whiting post office (46394) serves not only the City of Whiting but also this adjacent Hammond neighborhood of Robertsdale, immediately to the west of Whiting. Addresses in this Hammond neighborhood show “Whiting, Indiana.” While not legally a part of the City of Whiting, locally the area has long been informally considered to be a culturally integrated part of Whiting. References to Whiting businesses or residents often include those technically from Hammond’s Robertsdale. [ [http://www.whitingcommunity.com/history.htm Whiting History ] ] [ [http://www.whitingindiana.com/about_the_chamber.shtml Whiting, Indiana - Chamber of Commerce ] ] [ [http://www.fieldmuseum.org/calumet/Hammond.html Journey Through Calumet - Place ] ]

Most of Hammond's streets are laid out in a grid pattern similar to Chicago's streets. While Madison Street in Chicago acts as the reference point for north-south street numbering the first "1" is removed; this makes what would be a five digit address number in Illinois into a four digit address number in Hammond. The state line is used as the reference point for east-west street numbering.

Also taking their cue from Chicago are Whiting, Munster, Dyer, Highland and East Chicago to an extent (East Chicago uses the canal running down the middle of the city as the east-west reference point).
*I-90 - , exits::*Indianapolis Boulevard - //:*Cline Avenue - :*Calumet Avenue -
*I-80/94 - , exits::*Calumet Avenue ( North):*Indianapolis Boulevard ( South, Indiana 152):*Kennedy Avenue:*Cline Avenue (Indiana 912)
*The South Shore Electric Line, a to commuter rail line, has a station in Hammond. It is operated by .
*, the national passenger rail system, provides twice-daily service in both directions, operating its through the Hammond-Whiting stop between and , just north of Detroit. Baggage on Amtrak cannot be checked at this location; however, up to two suitcases in addition to any "personal items" such as briefcases, purses, laptop bags, and infant equipment are allowed on board as carry-ons.
*The nearest commercial airport is in Gary.
*Public Transportation is provided by the Hammond Transit System, which operates six lines for the that traverses major routes and neighboring s. service is also offered by the system. [ [http://www.gohammond.com/web/index.php?transit City of Hammond | Transit System | Transit System ] ]

The only hospital in Hammond is , North campus. The hospital lies on Stateline Road, across the street from the Illinois city of . The hospital was founded late in 1898 and was originally called . It merged with in , in the 1990s. The two hospitals became "campuses" of a new entity called Saint Margaret Mercy Medical Center and Hospital, part of the . It serves northwest Indiana and south suburban Chicago.

* - Nearly all of the electricity used in Hammond is produced by , a company.
* - Nearly all of the natural gas used in Hammond is produced by Nipsco, a company.
* - Water service for nearly all consumers of water in the city is provided by the Hammond Water Department, a state owned utility that is operated by the civil city government.
* :* (now ) supplies telephone service to nearly all households in the city.:Cellular phone services are provided by:::*::*::*::*::*::*
* - services are provided by:::* - cable::*SBC - (now )::* - cable
*Cable television companies operating in Hammond include:::*::*
*IPTV Providers::* ()

The first permanent residents arrived around 1847 to settle on land between the Grand and Little Calumet Rivers, on the South end of Lake Michigan. Those first residents were German farmers newly arrived from Europe looking for land and opportunity. Before that time, the area was a crossroad for Indian tribes, explorers, stagecoach lines and supply lines to the West. Convenient location and abundant fresh water from Lake Michigan led to the beginning of Hammond's industrialization in 1869 with the G.H. Hammond Company packing house following merchants and farmers to the area. Hammond was incorporated on , . Hammond is one of the oldest cities in Lake County, with Crown Point being the oldest, established in 1834.

According to the 1960 Hammond's population reached a record high of 111,698 residents.

Hammond is also the home of The , one of the nation's largest congregations.

Population recorded through its history [http://www.hammondindiana.com/history2.htm]

During the six years the Hammond Pros team was in existence, the NFL had six African-American players, all six of whom played for the Pros. The NFL's first African-American head coach was Hall-of-Famer coach of the Pros.

Hammond is served by the , a school corporation under Indiana state law that is independent of the civil city.

Hammond is incorporated as a under law. It therefore has a and a nine member . Hammond's City Hall is located at [http://maps.google.com/maps?oi=map&q=5925+Calumet+Avenue,+46320 5925 Calumet Avenue] .

The Hammond city council has meetings scheduled for the second and fourth Mondays of each month.
The city maintains a city court on the second floor of the City Hall [ [http://www.lakecountybar.com/courts_city_hammond.html Courts - Lake County Bar Association - Indiana ] ] , exercising a limited jurisdiction within Lake County. The court handles not only local ordinance violations and certain minor criminal matters, but also a significant portion of the debt collection and actions brought in Lake County.

The Mayor is Thomas McDermott Jr.. He is the son of former mayor .

*Past Teams
**, American Basketball Association team founded in 2006, and was sold to the owner of the the same year. The team is now known as the of .
**Hammond Professionals, football team (1920-1926).
** (1938-41) and (1948-49), professional basketball teams in the National Basketball League. Baseball Hall of Famer and legendary basketball coach both played for the Ciesar All-Americans.