Busts of Odoardo (in front) and his son Ranuccio, attributed to Bernini

Ranuccio was the eldest son of Odoardo Farnese, the fifth sovereign duke of Parma, and his Tuscan wife, Margherita de' Medici. After his father's sudden death , Ranuccio succeeded as duke. As he was a minor and had not yet reached his majority, he ruled the first two years of his reign under the regency of his uncle, Francesco Maria Farnese and his mother.

Ranuccio belonged to the House of Farnese, founded by Pope Paul III, formerly Alessandro Farnese. The farnese Dukes had been ruling Parma and Piacenza since Pope Paul's illegitimate son Pier Luigi Farnese was given it as a possession. Pier Luigi was also Duke of Castro, a title he was bestowed upon by his father, after the latter created it from the lands recovered after the death of Ranuccio the Elder, Pier Luigi's elder brother.

Conflicts with the Papacy 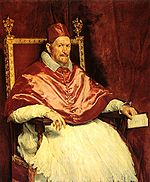 During Odoardo's reign the declining Duchy had been involved in the Wars of Castro, over the above mentioned duchy of Castro, which was a Farnese fief in the Papal States, north of Rome, which the powerful Pope Urban VIII's family, the Barberini, was eager to acquire. They found the excuse when Odoardo was unable to repay his creditors, from whom he had incurred debts. Urban responded to the creditors plea for help and had Castro occupied. However, the first war ended with Papal defeat

Ranuccio refused to repay the debts incurred by his father, despite the latter having a signed a peace treaty agreeing to do so. He also refused to recognise the new bishop of Castro, appointed by Urban's successor, Innocent X. In 1649, the new bishop, Cardinal Cristoforo Giarda, was murdered on his way to Castro. Innocent accused Ranuccio of the murder and in retaliation, forces loyal to the Pope besieged Castro, and then razed it to the ground. In August of that same year the Parmense troops had been crushed not far from Bologna, and Ranuccio remained with no means to gain back his fief, despite his attempts to buy it back through money.

In 1672 he bought the principate of Bardi and Compiano from Gianandrea Doria Landi, giving the Duchy its final shape. In the last days of his reign, the Duchy suffered heavily from the presence of Imperial troops, who were fighting in the dispute between Victor Amadeus II of Savoy and France. 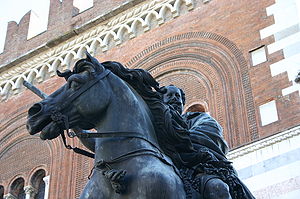 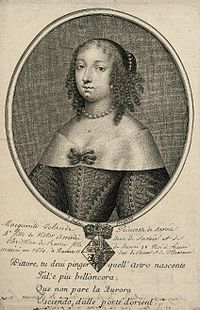