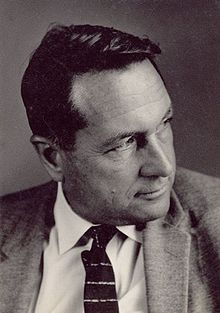 Myles Horton (July 9, 1905 - January 19, 1990)[1] was an American educator, socialist and cofounder of the Highlander Folk School, famous for its role in the Civil Rights Movement (Movement leader James Bevel called Horton "The Father of the Civil Rights Movement"). Horton taught and heavily influenced most of the era's leaders. They included Dr. Martin Luther King Jr., Rosa Parks (who studied with Horton shortly before her decision to keep her seat on the Montgomery, Alabama bus in 1955), John Lewis, James Bevel, Bernard Lafayette, Ralph Abernathy, John B. Thompson, and many others.

A poor white man from Savannah in West Tennessee, Horton's social and political views were strongly influenced by theologian Reinhold Niebuhr, under whom he studied at the Union Theological Seminary in New York City. Along with educator Don West and Methodist minister James A. Dombrowski of New Orleans, Horton founded the Highlander Folk School (now Highlander Research and Education Center) in his native Tennessee in 1932. He remained its director until 1973, traveling with it to reorganize in Knoxville after the state shut it down in 1961.

Horton and West had both traveled to Denmark to study its folk schools, centers for adult education and community empowerment. The resulting school in Monteagle, Tennessee was based on a concept originating in Denmark: "that an oppressed people collectively hold strategies for liberation that are lost to its individuals . . . The Highlander School had been a haven for the South's handful of functional radicals during the thirties and the essential alma mater for the leaders of the CIO's fledgling southern organizing drives." (McWhorter) The school was created to educate and empower adults for social change.

In their 1985 documentary You Got to Move, Lucy Massie Phenix and Veronica Selver prominently featured Horton and the Highlander School. Horton also inspired the founding of the Myles Horton Organization at the University of Tennessee in 1986. The group organized numerous protests and events in the Chattanooga, Tennessee area, including demonstrations to counter the Ku Klux Klan, and the construction of a shantytown on campus to encourage the university to divest from South Africa.

Myles Horton was born in 1905 in Savannah, Tennessee to a poor family. His parents were former school teachers and Presbyterians. His father was a Workers’ Alliance member and his mother served as a respected and socially active community member. During his teenage years, Horton experienced union organization by holding jobs at a sawmill and as a packer at factories. As a teenager, he demonstrated his activism by holding a strike for higher wages at the tomato factory. Horton attended Cumberland College in Tennessee in 1924 and continued his work with local unions. After college, Horton went to work as a state Student YMCA secretary. [2] In 1929, Horton became familiar with communist philosophy while studying in New York at the radical Union Theological Seminary. He wanted to find a way in which the social condition could be challenged and changed and education became his nonviolent instrument. At the University of Chicago, Horton learned about the Danish folk high schools. Inspired after his visit to these schools, Horton helped established his own education center, Highlander Folk School, in Monteagle, Tennessee in 1932.[3] He later married Zilphia Mae Johnson in 1935. Zilphia Horton was a constant collaborator with Horton until her death in 1956. Zilphia and Myles Horton had two children. In 1962, Myles Horton married Aimee Isgrig. In January of 1990, Myles Horton passed away at the age of eighty-five.