Scarborough Centre is a station on the Scarborough Rapid Transit (SRT) line of the subway system in , , . It is located north of between Brimley and McCowan Roads, just south of Highway 401.

It was opened in , and replaced a transit access to the shopping mall. Other nearby landmarks include the (the former city hall), , the Canada Centre government offices, and the Scarborough .

The station is on three levels; the Scarborough RT is on the upper level, the mezzanine, and passenger entry from the mall and nearby buildings is on the middle level, and the bus terminal is at ground level. There is elevator access for the TTC services.

A number of connecting buses serve the lower level, including TTC routes running into York Region on the 129A McCowan North. Other TTC routes include: 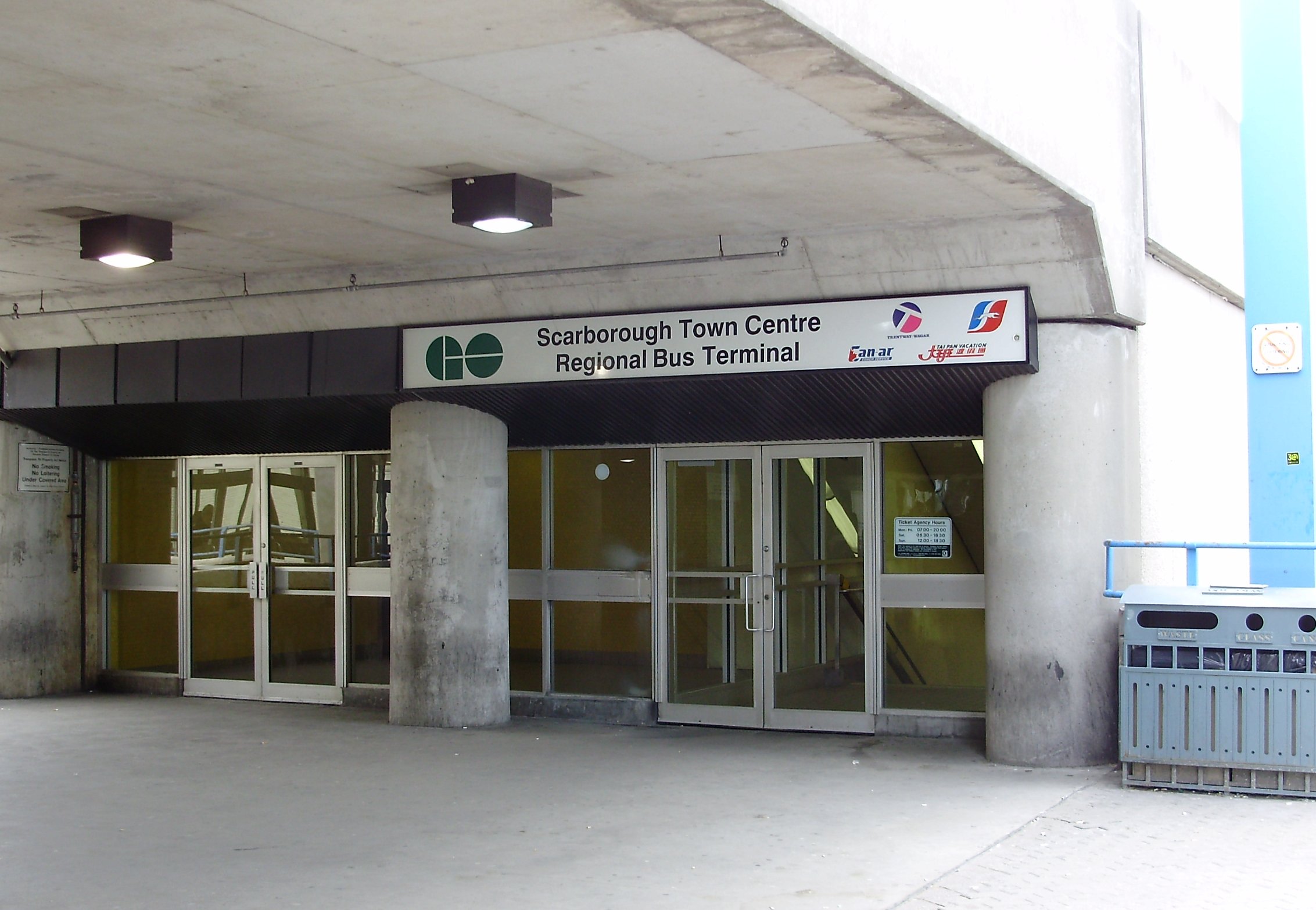 The had planned to extend the Sheppard line south-east from its current terminus at Don Mills to Scarborough Centre. The 190 Rocket Express bus currently links the two stations, making limited stops along . In March 2007, however, the TTC dropped this plan when it announced its proposal to build the Sheppard East LRT Line.