Every Beat of My Heart

Every Beat of My Heart 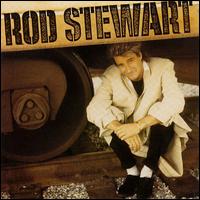 "Every Beat of My Heart" is a released by on June 1986 (see ). The album cover features the artist’s name quite prominently and thus the album is simply known in the United States as "Rod Stewart". It is Rod’s 14th studio album and was released on (WX 53 / 925 446-1). The tracks were recorded at One on One Studios, Can Am Recorders, The Village Recorder, , and . It produced four singles, “Love Touch”, “Another Heartache”, “In My Life”, and the title track, “Every Beat of My Heart”.

Included on this album is the song “Love Touch” which gained popularity as the theme to the . The album also includes a cover of ’s “In My Life”, one of several times Rod covered them. It was released as a single which failed to chart. According to the liner notes, this album is dedicated to Rod’s parents, Bob and Elsie Stewart. Also there are a few special thank yous:

"Barry Tyerman, Esq. My Own “legal eagle”"
"Frank Stiefel, for his consistently perfect eye"
"Carol Bodman, for her endless cups of sympathetic tea"
"And The Right Honorable Ewan Dawson"

"Every Beat of My Heart" peaked at #5 in the UK and at #28 in the US. It received gold certification from the BPI, but failed to be certified by the .