Mataram (city)
Not to be confused with Matraman, Mataram (disambiguation), Mataram Kingdom, or Mataram Sultanate.

Mataram (Kota Mataram) is the capital of the Province of West Nusa Tenggara (Nusa Tenggara Barat). The city is situated within Lombok Barat Regency (Kabupaten Lombok Barat) and lies on the western side of the island of Lombok, Indonesia. It is also the largest city of the province, and had a population of 402,296 at the 2010 Census.

In addition to serving as the provincial capital, Mataram has also become the center of government, education, commerce, industry and services. Three towns constitute the Mataram area; from west to east, these are Ampenan, Mataram, and Cakranegara. They are distinct towns, but run together. Broadly, Ampenan is an aging port city, Mataram is the governmental and office center for the province, and Cakranegara is the major commercial center on the island. There are six subdistricts of Mataram, namely Ampenan, Cakranegara, Mataram, Pejanggik, Selaparang, and Sekarbela. The Mataram district area contains 50 Kampungs (villages/neighbourhoods) and 297 (RT) kampung sub-sections.

The city is served by the Lombok International Airport (Bandara Internasional Lombok) (IATA: LOP, ICAO: WADL) in Central Lombok, by the Lembar Harbour seaport in the southwest and Labuhan Lombok ferry port on the east coast which provides connection to Poto Tano on Sumbawa. Mataram is located near west coast of Lombok, so it is very close to the island's tourism centre of Senggigi beach, which is a short distance northward from Ampenan.

Mataram was previously a part of West Lombok district before the division of the region. The capital of West Lombok was moved to Gerung in the year 2000.[3][4]

Mataram was also the seat of power for the king of Mataram (Seraja), which was sometimes controlled through neighboring Singaraja, Bali.

The city has 6 districts and comprising 50 kampungs.[6]

The city power supply is provided by a PLN[7] generating plant on the west coast of the island just south of Ampenan. Mataram and the island as a whole have suffered from serious power supply problems for many years building to a crisis point in mid 2010. Despite assurances by PLN to provide a stable supply by August 2010, the problem endured and the island is still subject to ongoing and frequent daily power outages.[8][9] 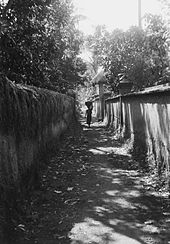 The city water supply is sourced primarily from the slopes of Mount Rinjani and the city has a system of small dams to buffer the system. The water supply in Lombok is stressed, so accordingly the city's water supply is under strain. West Nusa Tenggara province is broadly threatened with a water crisis caused by increasing forest and water table damage and degradation. 160 thousand hectares of a total of 1960 thousand hectares are thought to have been affected. The Head of Built Environment and Security Forest Service Forest West Nusa Tenggara Andi Pramari stated on Wednesday, May 6, 2009 that, "If this situation is not addressed it can be expected that within five years it may be difficult for people to obtain water in this part of NTB (West Nusa Tenggara). Not only that, the productivity of agriculture in value added will fall, and the residents are experiencing water deficiency in their wells". High cases of timber theft in the NTB region are contributing to this problem.[10]

Due to the delays in opening the new Lombok International Airport in Central Lombok, the proposed closure of Selaparang Airport in Ampenan was extensively delayed. The older airport on the city's outskirts continued to be used for both domestic and international flights up until it's closure on 30 September 2011.

The University of Mataram was established on October 1, 1962. It is situated in the city of Mataram.[12] The university is the principal provider of tertiary education in the province. 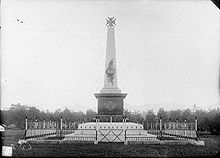 The Sasak people are the indigenous people of Lombok and form the majority of Mataram's residents. Mataram is also home to people of Baliese, Chinese, Tionghoa-peranakan people of mixed Indonesian and Chinese descent and small number of Arab Indonesian people, mainly of Yemeni descent who settled in the early port city of Ampenan. Although urban dwellers the Sasak people of Mataram still identify strongly with their origins and the Sasak culture. The outbreak of riots in Lombok January 17, 2000 is considered to have been initiated by outside influences. After the troubles passed Mataram's community returned to living in relative harmony.

Islam is the religion of the majority population of Mataram. Other religion's practised in Mataram are Christianity, Hinduism, Buddhism, and Confucianism. Mutual respect and tolerance of other peoples beliefs allow the community of Mataram to live together in harmony.

Mataram society normally the Sasak language. Bahasa Sasak is the native language of the indigenous people of Lombok. Indonesian is the language most widely used in formal business, education and government contexts. When at home or a place of recreation Mataram residents tend to use Mataram Sasak language.

Selaparang Airport is in Ampenan. It was closed for operations on the evening of 30 September 2011. It still retains intact domestic and international terminal buildings. The airport previously provided facilities for limited international connections to Singapore provided by Silk Air and international flights to Kuala Lumpur provided by Garuda and Merpati airlines that previously departed from the Domestic terminal. It also provided services for domestic air links to Java, Bali and Sumbawa. All existing air services were moved across to the new airport when the operations at Selaparang ceased.

The city is serviced by the port of Tanjung Lembar in the south west of Lombok. Tanjung Lembar provides limited light shipping facilities and a ferry terminal for vehicle and passenger services. These ferries connecting to nearby Bali provide the principal facilities for goods movements in and out of Mataram. The port of Labuhan Lombok on the east coast provides vehicle and passenger services to Poto Tano on Sumbawa Island. Disruptions can significantly effect trade and the provision of supplies to the city of Mataram as the shipping operators on these routes will often suspend services due to breakdown or heavy seas.

Pelni Shipping Lines,[16] the principal national shipping line providing a sea-borne passenger service throughout the archipelago of Indonesia has an office in Mataram.

Significant road improvements have occurred in the 2009-2010 including further development of a partial ring road system circumnavigating the outer areas of Mataram. The proposed road link between the city and the site of the new international airport has endured extended delays and is a contentious issue. Problems have been encountered securing right or way over the proposed route and conflicts have developed with local communities over the siting and construction of the road. [17][18][19]

The road-sea bridge for trucks and other vehicles is provided by drive on-drive off ferry services at the port of Tanjung Lembar in the southeast of the island and the port of Labuhan Lombok in the east.