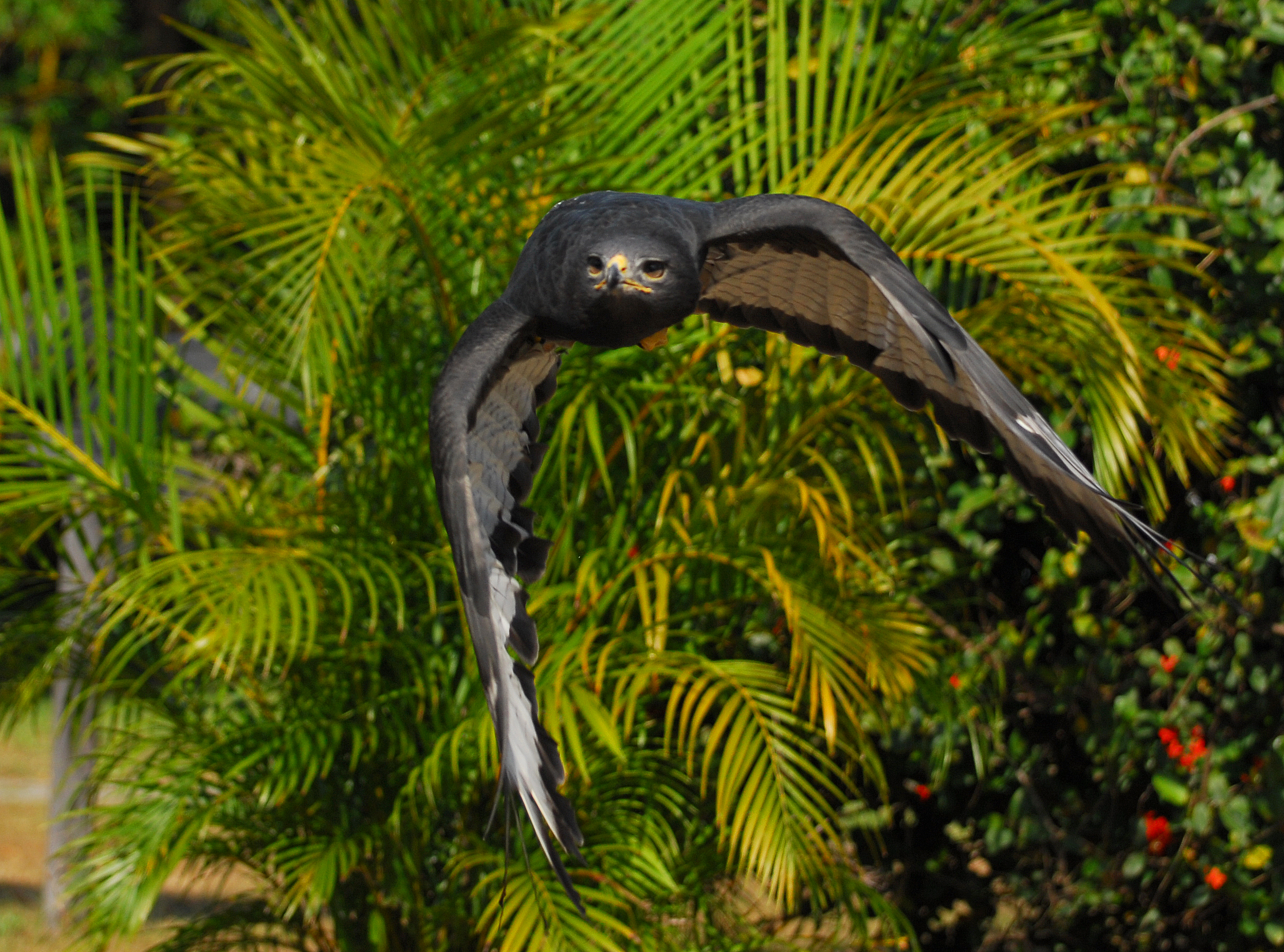 The Jackal Buzzard ("Buteo rufofuscus") is a 55-60 cm long n with three main subspecies.
*"B. r. rufofuscus", the nominate n form
*"B. r. augur", Ethiopia, Uganda, and Southern Sudan westwards to the eastern Congo.
*"B. r. archeri", SomaliaThe latter two forms are frequently given specific status as Augur Buzzard, "B. augur", and Archer's Buzzard, "B. archeri", respectively. This is a species of mountains (most typically at about 2000 m altitude, but up to 5000m), and adjacent savannah and grassland. It is resident and non-migratory throughout its range.

The adult South African Jackal Buzzard is strikingly plumaged. It is almost black above with a chestnut tail. The primary flight feathers are blackish and the secondaries off-white, both barred with black. Below the chin and around the throat is mainly white, and the rest of the underparts and the underwing coverts are rich rufous. The flight feathers from below are white, tipped with black to form a dark trailing edge to the wing.

The juvenile Jackal Buzzard is mainly brown above and rufous brown below and on the tail. It can be confused with wintering Steppe Buzzard, but has broader wings and an unbarred undertail.

The adult Augur Buzzard has white underparts and underwings. The female has black on the lower throat. Juveniles are brown above and buff below, the underparts later becoming white. There is a melanistic form of Augur Buzzard, all black, except for grey and black-barred flight feathers and a chestnut tail. About 10% of birds are melanistic, but the proportion rises in forested areas with high rainfall to as much as 50% in some areas.

Archer’s Buzzard in Somalia, is slightly smaller than the other forms, has more chestnut in the feathers of the upperparts, and in adult plumage has the throat white with black on the sides, with the rest of the under side rich chestnut. Immature birds have white underparts and a barred tail.

Jackal Buzzard has a "weeah ka-ka-ka" call like that of , hence its name. It is also reminiscent of the call of the American . It is very different the barking "ku wow ku-wow" of Augur Buzzard.

Pairs have noisy aerial displays, including outside the breeding season. The large (up to 1 m wide) stick nest is built in a tree or on a crag, and is often reused and enlarged in subsequent seasons. Two creamy or bluish white eggs are laid and incubated by the female only, although food is brought to her on the nest by the male.

The eggs hatch in about 40 days, and after a further 56-60 days they can attempt flight. At 70 days they become independent of the nest, but young birds may then be seen with the adult pair for some time.

The diet of Jackal Buzzard is mainly small ground mammals, but snakes, lizards, small ground birds, insects, and road-kill are also taken. Typically, the raptor drops on its prey from a perch or hover.