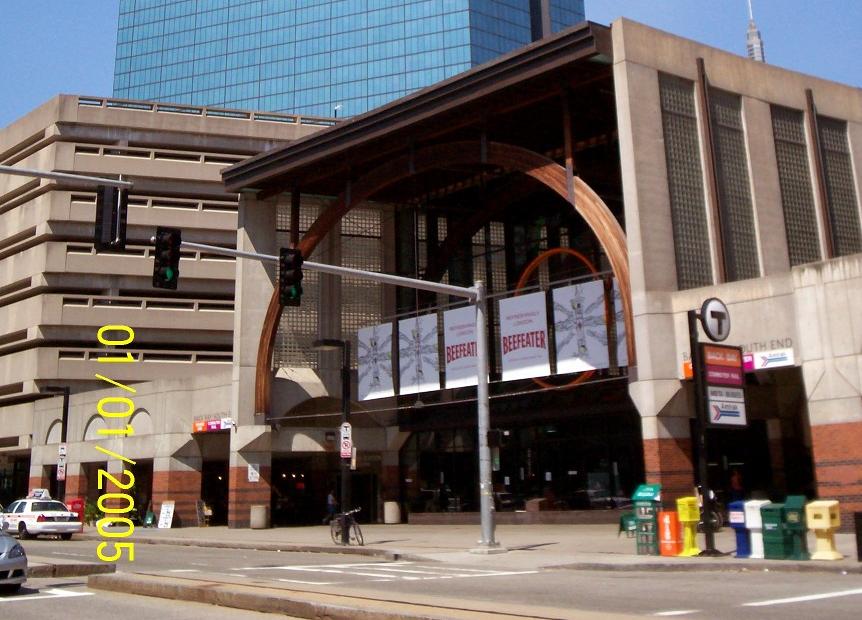 Back Bay Station, located at 145 Dartmouth Street, between Stuart Street and Columbus Avenue, is a train station in the Back Bay neighborhood of Boston. The present building was designed by Kallmann McKinnell & Wood.

It is serviced by , featuring and regional trains, and the (MBTA) with access to Attleboro/Providence and Framingham/Worcester, Needham and Franklin commuter rail lines and the Orange Line. There is also a daily Amtrak train () to and access to local bus service.

Back Bay Station opened , as part of the Orange Line's Southwest Corridor project and was dedicated by Governor . It replaced the former station of the same name, of which some remnants can still be found at the eastern end of the present station facilities.

As Amtrak's trains to do not depart at Back Bay or , travelers that wish to make a connection via subway are advised to disembark at this station and take the Orange Line to , which is where Downeaster service terminates.