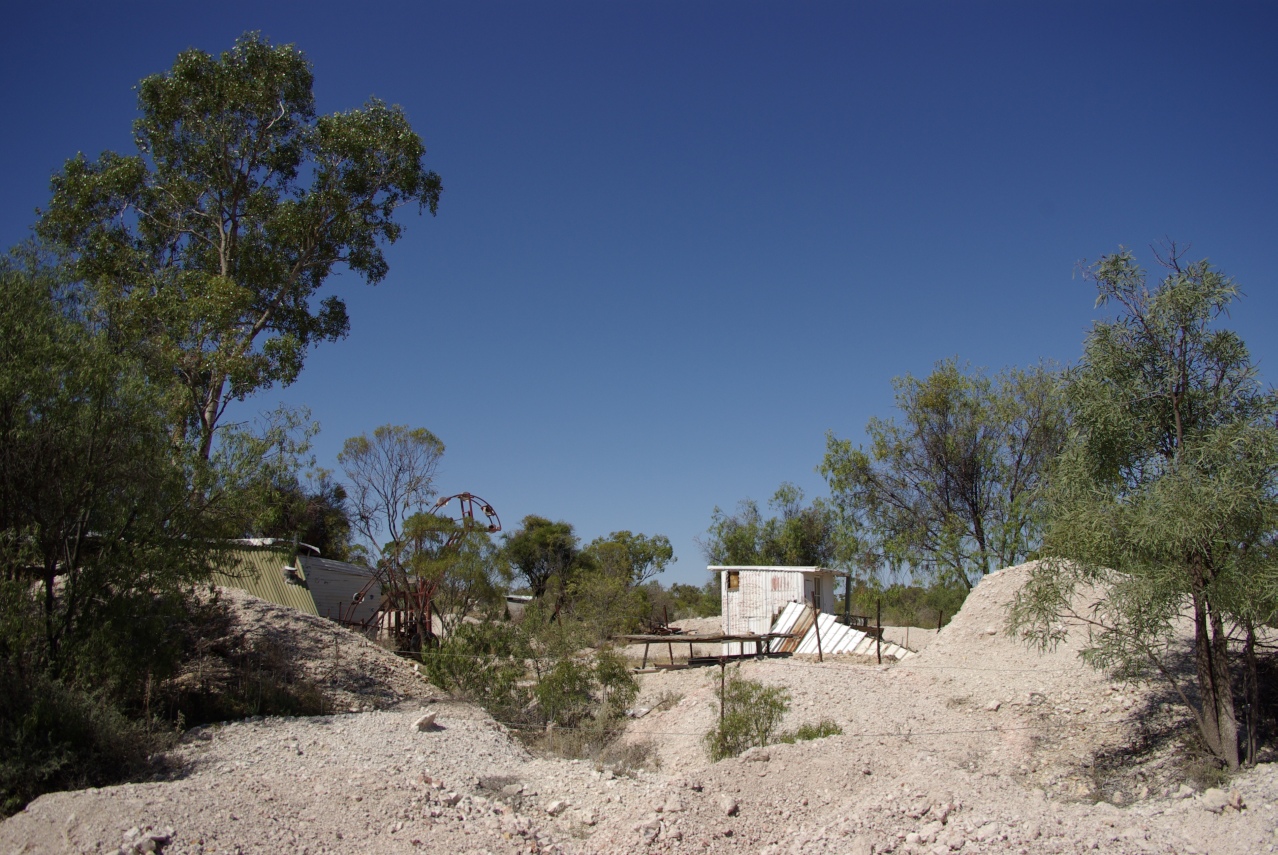 Lightning Ridge is about six km east of the , and is served in commercial activities by the town of Walgett - some 75 km to the south. Lightning Ridge is a flourishing tourist town with numerous "caravan" (camper-trailer) and camping parks, the previously very rustic and contagious Diggers' Rest pub (which has burned down for the third time) and a well-appointed and vibrant bowling club with its eight artificial-grass bowling greens. Temperatures in summer can reach into the high 40s Celsius, but below ground the temperature remains at a pleasant and continual 22 degrees, year round.

Lightning Ridge hosts an annual Goat Race in the town's main street and a rodeo on the Easter long weekend. Goats are harnessed and driven by children, much like harness racing in equine sports. The Goat races are accompanied by wheelie-bin races, and horse races the following day.

Some artists settled in and around Lightning Ridge. One of the most famous local Australian painters is who brings the impressions of the , often in a situation with man or fauna onto the canvas.

A fossicker's license is required to mine here and may be obtained from the Department of Mineral Resources.

Other products produced around Lightning Ridge include wheat, wool, mutton, and beef.

Lightning Ridge has abundant hot water from a bore spring into the and offers two hot water pools for bathing. The minerals make the water very healthy for external use and drinking. Public can tap mineral water at a hose in Harlequin Street. The Hot Artesian Bore Baths and Nettletons Shaft, on McDonald's Six Mile Opal Field have been placed on the .