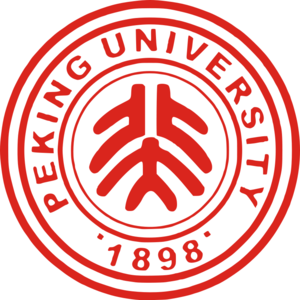 Peking University (zh-tsp|t=北京大學|s=北京大学|p=Běijīng Dàxué) of , colloquially known in Chinese as Beida (北大, "Běidà"), is the first formally established university, and the first national university of China. It was founded as Imperial Capital University in 1898 as a replacement of the ancient (國子監 guózǐjiàn) [ [http://hi.baidu.com/yiyi/blog/item/ec385c60a0da9cde8db10d19.html] ] . By 1920 it had become a center for progressive thought. Today, most national and international rankings place Peking University amongst the top universities in China. [ [http://www.arwu.org/rank/2006/ARWU2006_TopAsia.htm] ] [ [http://www.chinaeducenter.com/en/universityranking1.php] ] [ [http://66.102.9.104/translate_c?hl=en&langpair=zh-CN%7Cen&u=http://rank2008.netbig.com/cn/rnk_1_0_0.htm&usg=ALkJrhg-R6R1hxyclErwaWM5azZaXdUeDA] ] [ [http://www.china-university-ranking.com/] ] [ [http://www.universitymetrics.com/tiki-index.php?page=Top+300+Universities+2006&PHPSESSID=097539296a56ac89458242de5a67e6bf] ] [ [http://www.ensmp.fr/Actualites/PR/EMP-ranking.html] [http://gse.sjtu.edu.cn/kxyj/articles/en/ELW2005003--Univ%20ranking%20in%20China%202005%20HEE_30_02%20p10.pdf] ] In addition to its academics, the Peking University is especially renowned for the beauty of its traditional Chinese architecture at its campus ground. [ [http://bschool.nus.edu.sg/NUSPKUMBA/AboutPekingUniversity/Overview/tabid/412/Default.aspx About Peking University.] ]

Throughout its history, the university has distinguished himself from the peers in terms of intellectual freedom and have produced and hosted many of modern China's top thinkers, including , , , , , and [ [http://www.pku.edu.cn/about/about/beida/mingren.htm] ] . The Peking University was the among the birthplaces for China's , , the and many other significant events.

Peking University was established in Beijing in December 1898 during the and was originally known as the Imperial Capital University (zh-tsp|t=京師大學堂|s=京师大学堂|p=Jīngshī Dàxuétáng) to replace the ancient (國子監 guózǐjiàn). In 1902, the Imperial Capital University's Faculty of Education was spinned off to become today's , the best teacher's college in China. In 1912, following the Xinhai Revolution, the Imperial University was renamed the National Peking University (zh-ts|t=國立北京大學|s=国立北京大学). The famous scholar was appointed president on January 4 1917 and helped transform the university into the country's largest institution of higher learning, with 14 departments and an enrollment of more than 2,000 students. Cai, inspired by the German model of academic freedom, recruited an intellectually diverse faculty that included , , and . In 1919 students of Peking University formed the bulk of the protesters of the . Efforts by the Beiyang government to end to protests by sealing off the Peking University campus led to Cai's resignation. In 1920 Peking University became the second Chinese university to accept female students, after .After the outbreak of the Second Sino-Japanese War in 1937 (and the resulting expansion of Japanese territorial control in east China), Peking University moved to and formed the Changsha Temporary University along with Tsinghua University and Nankai University. In 1938, the three schools moved again, this time to , and formed the National Southwestern United University. In 1946, after World War II, Peking University moved back to Beijing. At that time, the university comprised six schools (Arts, Science, Law, Medicine, Engineering, and Agriculture), and a research institute for humanities. The total student enrollment grew up to 3,000.

In 1952, three years after the People's Republic of China was established, the was merged into Peking University and Peking University lost its "national" appellation to reflect the fact that all universities under the new socialist state would be public. In 1952 Peking University moved from downtown Beijing to the former Yenching campus. The first disturbances of the Cultural Revolution began at Peking University in 1966; education there ceased between 1966 and 1970. Since then, the university has reasserted its position as one of the leading universities of China.

In 2001, Peking University set up a satellite campus in Shenzhen. The university's second business school openned its door on this campus in 2004, and was renamed Beida HSBC School of Business in 2008.

The university has made an effort to combine the research on fundamental scientific issues with the training of with high level specialized knowledge and professional skill as demanded by the country's modernization. It strives not only for the simultaneous improvements in teaching and research work, but also for the promotion of interaction and mutual promotion among various subjects.

also has been emphasized. It aims to cultivate the students' practical ability and creative power. As a result, the teaching of core courses is strengthened, the content of courses is enriched and renewed and favourable conditions have been created, for the students to develop themselves in .

Peking University has been becoming a center for teaching and research, consisting of diverse branches of learning such as pure and applied sciences, and the , and sciences of and . Its aim is to rank among the world's best universities in the next couple of decades, with the school's leadership placing great emphasis on developing bilateral relationships with prominent American universities for student and faculty exchanges.

The campus of Peking University was originally located north of in the center of Beijing, and was later moved to the former campus of in 1952. The current campus is located in northwest Beijing, in the Haidian district, which was concentrated with many well known colleges and universities.

It is located in the former site of royal gardens and it retains traditional Chinese-style landscaping as well as many historical buildings. It is known throughout , along with its neighbour, , for their beautiful campuses. The university campus is surrounded by the weiming lake.

Beyond it's main campus, () is located in Xue Yuan Rd. where the country's most distinguished colleges are located. 's campus is less aesthetically appealing but is nonetheless a fitting site for academics and research.

In 2001, Peking University's campus, Shenzhen Graduate School, opened its doors. The campus is located in the northwest part of Shenzhen City.

The Director of the National Institute of Economic Research, Professor of Economics of the Peking University and Professor of the graduate school of Chinese Academy of Social Sciences is Prof. Fan Gang. Dr Fan had more than 100 academic papers published in both Chinese and English academic journals, more than 200 articles in newspapers and magazines and had also published several books.Justin Lin, the founding director of the institute, is the World Bank's chief economist, the first time the post has gone to a candidate outside Europe and the United States. [ [http://www.iht.com/articles/2008/02/05/business/05wbankFW.php New World Bank economist is first from outside Europe and U.S. - International Herald Tribune ] ]

Peking University has produced many notable people, especially lead thinkers in modern China. These include Hu Shi, Li Dazhao and Lu Xun. Beida also has two Nobel Prize winners, Tsung-Dao Lee and Yang Chen Ning. Since the year 1948, 586 Peking University alumni have been selected into the renowned Academic Division of the Chinese Academy of Science (两院院士), overshadowing any other universities in China. [ [http://www.gotopku.cn/data/detail.php?id=4405 北大招生网 ] ]

Peking University is the home both to communist, nationalist and liberal thoughts in modern China. , and , all founders of the Communist Party of China, either taught or held offices in the university. , a great contemporary writer, thinker and influential figure of the Chinese New-Culture Movement, which took place in 1919 and sparked China’s anti-imperialism and anti-feudalism march, was also attached to the university. [ [http://bbs.myspace.cn/t/3397392.html] ] During the , Peking University philosophy faculty notoriously published the first . Peking University students also led at the Tiananmen Square Protest of 1989 for democracy.

* 錢玄同 - linguist
* 辜鸿铭- writer, advocate of monarchy and Confucian values. Gu preserved his plait even after the overthrow of Qing Dynasty
* 陈独秀- dean of letters, later co-founder of Communist Party of China
* 鲁迅- writer, a spiritual leader of modern Chinese nationalism
* 沈从文- writer
* 胡适- philosopher, writer and the leader of China's
* 林语堂 - writer, inventor of the first Chinese typewriter and a new method of romanizing the Chinese language
*  费孝通 - researcher of sociology and anthropology; chairman of China Democratic Alliance.
* 钱穆 [ [http://baike.baidu.com/view/2036.htm?tp=belinked] ] - historian, philosopher and confucian.
* 梁漱溟 - modern neo-Confucianist. Liang was most famous for his critique of Marxist class theory, stating that, despite obvious disparities of wealth, Chinese rural society could not be unambiguously classified along class lines. One and the same family (particularly the large patriarchal lineages found in many regions) would commonly have some members among the "haves" and others among the "have-nots". The class struggle advocated by the Maoists would necessitate kinsmen attacking each other.
* 马寅初 - a prominent population economist,whose New Population Theory was criticized by Mao since 1957 for two decades. Having examined trends of the early 1950s, Ma argued that further population growth at such high rates would be detrimental to China's development. Therefore, he advocated government control of fertility.In 1979, the communist party formally apologies to Ma,stating that "erroneously criticized one person, population mistakenly increased 300,000,000".
* 蒋梦麟 [ [http://baike.baidu.com/view/131087.htm] ] - a prominent education reformer in China and former President of Peking University and Zhejiang University
* 徐悲鴻 - the most famous Chinese artist, dean of Beida School of Arts
* 吴大猷: the "Father of Chinese Physics". His many illustrious students include Chen Ning Yang and Tsung-Dao Lee, co-winners of the Nobel Prize in Physics in 1957, , the co-winner of the Nobel Prize in Chemistry in 1986.
* 郁達夫 - modern Chinese short story writer and poet, author of Ch'en-lun "Sinking" (1921)
* 王小波 - writer
* 贺卫方 - judicial reformist
* 王鐵崖 - jurist, Judge of International Criminal Court
* 李浩培 - jurist, Judge of International Criminal Court
* 翦伯贊 - historian

In commerce and media

Among the "top 300 richest in China" [ [http://cuaa.net/cur/2008/xiaoyou1.shtml] ] 27 graduated from Beida, much higher than any other Chinese university. The second ranking school is Zhejiang University, with 17 alumni on the list .
* Li Yanhong - founder of .com

* - founder of dangdang.com, the largest online retailor in Chinese language.