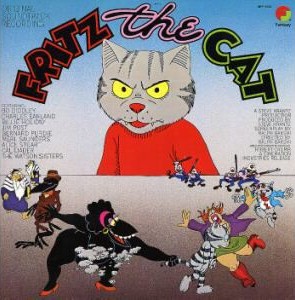 The "Fritz the Cat OST" is the to the animated film of the same name. The soundtrack features a number of , and songs as well as the film's score as performed by and .

The album was originally released on in 1972. It was later re-released in 1996 on as part of a compilation that featured both the soundtracks to "Fritz the Cat" and another feature, "," on the same disc.

Various musical cues and instrumental songs from the film are not featured on the soundtrack and still remain unreleased to this day.