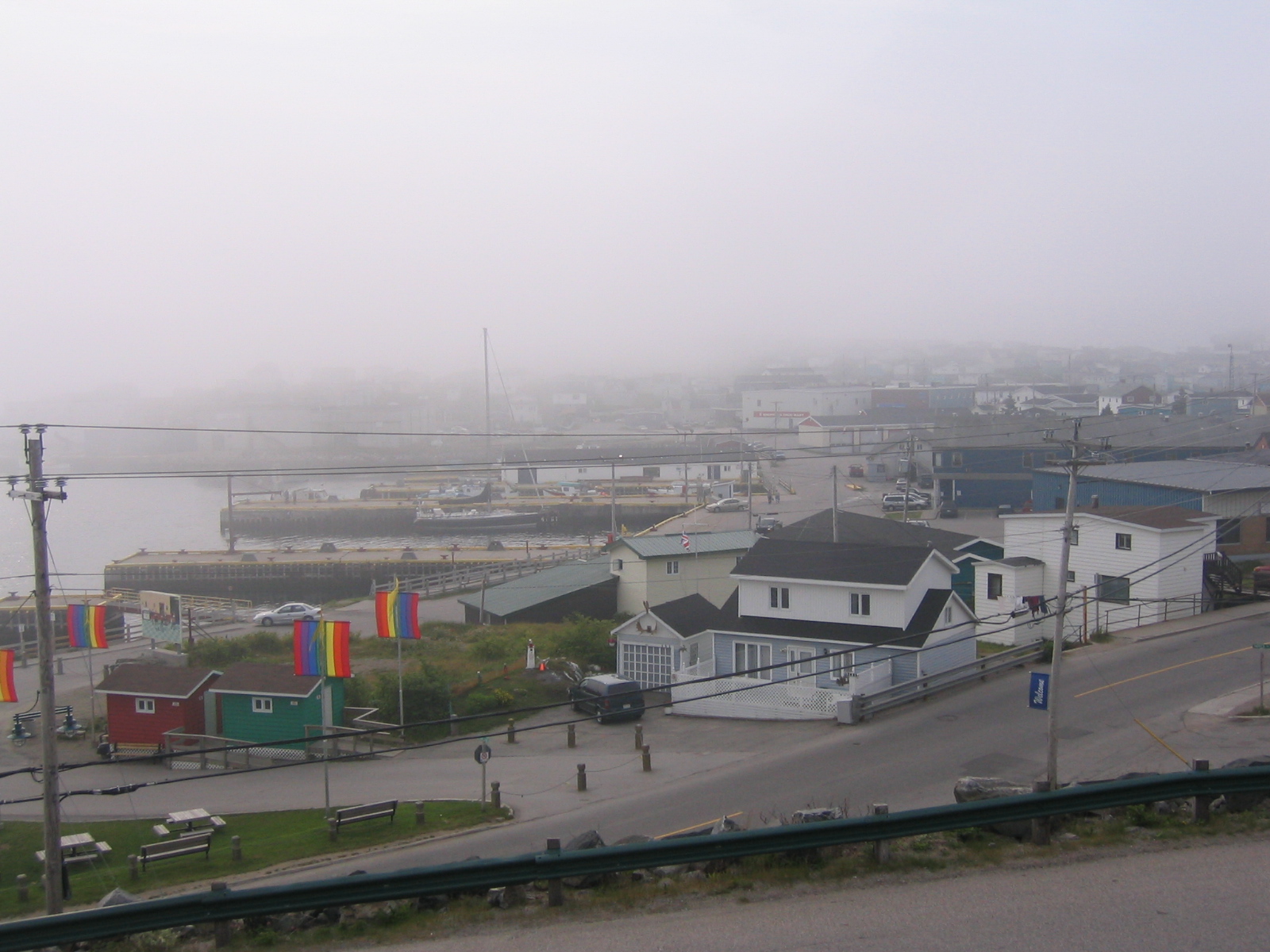 Port aux Basques is the oldest of the collection of towns that make up the present-day town, which consists of Port aux Basques, Channel, Grand Bay, and Mouse Island. Amalgamation took place in the 1970s.

The community received its name from hailing from the Basque region of the of and who sailed in the area during the 1500s. Permanent settlement came from French fishermen who overwintered on this, the "French shore", using rights given under the 1713 Treaty of Utrecht which saw France cede Newfoundland to England in exchange for right of use of coastal lands for the fishery. With the fishery being the economic mainstay for both French and British settlers in the area, Channel-Port aux Basques [http://visitnewfoundland.ca/channelportauxbasques.html] appeared destined to remain a collection of small fishing villages.

In 1856, an underwater telegraph cable [http://visitnewfoundland.ca/telegraph.html] was successfully laid between Newfoundland and , making landfall nearby. This was the first step in the race to complete a trans-Atlantic telegraph cable.

In the 1880s, the Government of Canada erected a lighthouse at nearby Cape Ray which, despite being in the then-separate British colony of Newfoundland, was considered a navigation hazard for vessels bound for Canadian ports in the .

In 1893, it was decided to extend the western terminus of the (then under construction west from the by Robert G. Reid) from St. George's to Port aux Basques harbour. By 1897 the tracks reached Port aux Basques, although the harbour facilities had not been built at that time to handle the steamer "Bruce", which had been built in and had arrived in Newfoundland several months earlier. While the required docks were constructed, the "Bruce" operated between and from October, 1897 until June, 1898 . at North Sydney, with the smaller and older MV "Ambrose Shea" docked alongside her.(Source: Windfield Photographic Collection, POB 340 Stn. B London Ontario Canada N6A 4W) taken in ?)]

On , , the first passenger train arrived in Port aux Basques, and the "Bruce" departed for North Sydney shortly afterward. Over the years, the Newfoundland Railway expanded both the number of trains and vessels which called at Port Aux Basques. In 1925 the steamer SS "Caribou" began service. She was attacked and sunk by a on , with a loss of 137 lives, some from the Port aux Basques area. On , Newfoundland entered into Confederation and the railway was transferred to .

Under CNR in the 1950s, Port aux Basques was expanded with the construction of new facilities and the arrival of newer and larger ships such as the MV "William Carson". Extensive blasting of rock created space for large railyards with extensive trackage. The excess rock was then used as fill to create the required docks. By the mid-1960s, new railcar-capable ferries such as the MV "Frederick Carter" permitted the exchange of railcars, requiring further expansion at the Port aux Basques terminal facilities.

The mid-1960s also saw the completion of the Trans-Canada Highway across Newfoundland, an event which eventually led to the closure of the railway by 1988, but which made Port aux Basques into an even more important gateway to the island of Newfoundland, given the increased number of tourists visiting the province, and the rising amount of truck traffic. New -capable vessels were commissioned and/or chartered during the 1960s-1980s to meet the growing demand, such as the "Marine Nautica", "Marine Atlantica", "Marine Evangeline", "Ambrose Shea", and "John Hamilton Gray".

With the abandonment of the railway, extensive rebuilding of Port aux Basques terminal resulted in expansive marshalling areas for waiting motor vehicle traffic. A plant disease inspection station is located near a modern rebuilt railway station now used as a passenger terminal for the ferry service operated by , which was renamed from in 1986. Port aux Basques harbour hosts the arrival of the two largest icebreaking ferries in Canada, the "Caribou" and "Joseph and Clara Smallwood", as well as other passenger and cargo vessels.