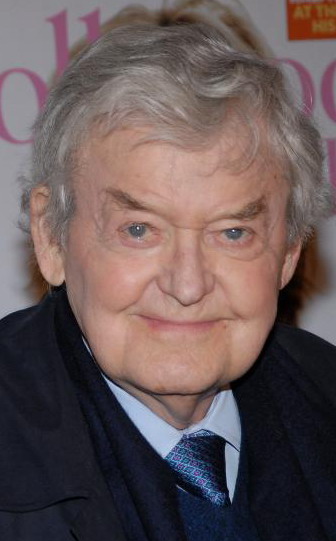 Holbrook was born in , the son of Aileen (née Davenport), a dancer, and Harold Rowe Holbrook, Sr. [ [http://www.filmreference.com/film/0/Hal-Holbrook.html Hal Holbrook Biography (1925-)] ] He was raised in South Weymouth, Massachusetts. Holbrook graduated from the and , where an honors project about led him to develop the he is best known for, a series of performances called "" for which he won both a Tony and a . Holbrook served in the US Army in and was stationed in Newfoundland, where he performed in little theatre, including the play "Madam Precious".

According to "Playbill", Holbrook's first solo performance as Twain was at Lock Haven State Teachers College in Pennsylvania in 1954. saw him and gave Holbrook his first national exposure on his , show. Holbrook was also a member of the Valley Players (1941-1962), a summer stock theater company based in . He was a member of the cast for several years and performed "Mark Twain Tonight" as the 1957 season opener. [http://holyokehistory.blogspot.com/ Holyoke History Room & Archives Valley Players Collection (1941-1993). HPLA2007.527] The State Department even sent him on a European tour, which included pioneering appearances behind the . In 1959, Holbrook first played the role . recorded an LP of excerpts from the show.

In 1967, "Mark Twain Tonight" was presented on television by and , and Holbrook received an for his performance. Holbrook's Twain first played on Broadway in 1966, and again in 1977 and 2005; Holbrook was at least 80 years old during his most recent Broadway run, older (for the first time) than the character he was portraying. Holbrook won a for the performance in 1966. "Mark Twain Tonight" has repeatedly toured across the country in what has amounted to over 2000 performances. In 1964, Holbrook played the role of the Major in the original production of 's "". In 1968, he was one of the replacements for in the original Broadway production of "", although he had limited singing ability.

Holbrook co-starred with in the controversial and acclaimed 1972 "" said to be the first television movie to portray homosexuality in a sympathetic, non-judgemental light. In 1976, Holbrook won further acclaim for his portrayal of in a series of television specials based on 's acclaimed biography. He has also starred in many films and TV programs. He won an Emmy for Lead Actor in a Dramatic Series in the 1970 TV series, "The Bold Ones: The Senator". In 1979 he starred, with , , and in the made-for-TV movie, "Murder by Natural Causes".

Early in his career he worked on stage and in a television soap opera, "". Holbrook is also famous for his role as the enigmatic Deep Throat (whose identity was unknown at the time) in the film "All the President's Men". More recently, Holbrook appeared as a featured guest star in a 2006 episode of the series "".

Holbrook appeared on ' infomercials.Perhaps referencing the Twain story "", the Eastern Spadefoot Toad is named "Scaphiopus holbrookii". In 2000 he appeared in where he portrayed a racist officer who ensured the failure of an African-American diver trainee.

He appeared in 's critically acclaimed film "Into the Wild" (2007) and received an Oscar nomination for Best Performance by an Actor in a Supporting Role at the . This renders Holbrook, at age 82, the oldest nominee in history in the Best Supporting Actor category. On , , Holbrook was nominated for a for his work in the film. In late August 2007 through mid-September he starred as the narrator in the Hartford Stage production of 's "".