Sir Oliver St John (pronounced "Sinjin") (c. 1598–31 December 1673), was an English judge and politician who sat in the House of Commons from 1640 to 1653. He supported the Parliamentary cause in the English Civil War.

St John was the son of Oliver St John of Cayshoe and his wife Sarah Bulkeley, daughter of Edward Bulkeley of Odell, Bedfordshire. His sister, Elizabeth St John, married Reverend Samuel Whiting and emigrated to Boston, Massachusetts in 1636. [1] He matriculated from Queens' College, Cambridge at Lent 1616, and was admitted at Lincoln's Inn on 22 April 1619. He was called to the bar in 1626.[2]

St John appears to have got into trouble with the court in connection with a seditious publication, and to have associated himself with the future popular leaders John Pym and Lord Saye. In 1638 he defended John Hampden on his refusal to pay Ship Money, on which occasion he made a notable speech. In the same year he married, as his second wife, Elizabeth Cromwell, a cousin of Oliver Cromwell, to whom his first wife also had been distantly related. The marriage led to an intimate friendship with Cromwell.

In April 1640, St John was elected Member of Parliament for Totnes in the Short Parliament. He was re-elected MP for Totnes for the Long Parliament in November 1640.[3] He acted in close alliance with Hampden and Pym, especially in opposition to the impost of Ship Money. In 1641, with a view of securing his support, the king appointed St John solicitor-general. This did not prevent him taking an active role in the impeachment of Thomas Wentworth, 1st Earl of Strafford, and in preparing the bills brought forward by the popular party in the House of Commons. As a result, he was dismissed from the office of Solicitor General in 1643.

On the outbreak of the Civil War, St John became recognized as one of the parliamentary leaders. In the quarrel between the parliament and the army in 1647 he sided with the latter, and was not excluded under Pride's Purge in 1649. Throughout this period he enjoyed Cromwell's confidence.

Judicial and other activities 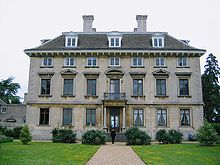 In 1648 St John was appointed Chief Justice of the Common Pleas and from then on he devoted himself to his judicial duties. He refused to act as one of the commissioners for the trial of King Charles I, and had no hand in the constitution of the Commonwealth. In 1651 he went to The Hague as one of the envoys to negotiate a union between England and the Dutch Republic, a mission in which he entirely failed, leading to the First Anglo-Dutch War. In the same year he successfully conducted a similar negotiation with Scotland. He became Chancellor of Cambridge University in 1651 and retained the post until 1660.[2]

After the Restoration St John published an account of his past conduct (The Case of Oliver St John, 1660), and this apologia enabled him to escape any worse retribution than exclusion from public office. He retired to his country house in Northamptonshire till 1662, when he left England and went to Basel, Switzerland and afterwards to Augsburg, Germany.

St John married firstly Johanna Altham, only daughter of Sir John Altham of Latton, Essex, and by her had two sons and two daughters. In 1638 he married Elizabeth, daughter of Henry Cromwell, with whom he had two children. After her death he married, in 1645, Elizabeth Oxenbridge, daughter of Daniel Oxenbridge.[1] His son Francis was MP for Peterborough. His daughter Johanna married Sir Walter St John of Lydiard Tregoze[4] and was the grandmother of Viscount Bolingbroke. His third daughter, Elizabeth, married Sir John Bernard, 2nd Baronet and their daughter Johanna Bernard married Richard Bentley.[5]

St John belonged to the senior branch of an ancient family. There were two branches: the St Johns of Bletsoe in Bedfordshire, and the St Johns of Lydiard Tregoze in Wiltshire, both descendants of the St Johns of Stanton St John in Oxfordshire. Oliver St John was the great-grandson of Oliver St John, who had been created Baron St John of Bletso in 1559, and a distant cousin of the 4th Baron who was created earl of Bolingbroke in 1624, and who took an active part on the parliamentary side of the English Civil War, his son, the 5th Baron St. John, being killed at the Battle of Edgehill.