Misiones is a department located in the southern region of Paraguay. Its capital is San Juan Bautista. The eighth of Paraguay's 17 departments, it was created in 1906, then known as the San Ignacio Department, and was not given its present name until 1945. Its current name reflects its status as home to several Jesuit Reductions, or missions.

Located in a relatively isolated part of the country, far from the capital city of Asunción and other important population centers such as Ciudad del Este and Encarnación, Misiones has remained one of the least developed and poorer departments in the country.

Misiones borders the departments of Paraguarí and Caazapá to the north, Itapúa to the east, Ñeembucú to the west, and the Corrientes Province of Argentina to the south. 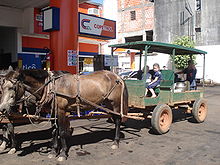 The modern settling of Misiones began with the arrival of Jesuit missionaries to the region in the 17th century and the subsequent establishment of several reductions whose purpose was to both civilize and catechize the indigenous Guaraní peoples. While several of these reductions would ultimately be in Argentinian and Brazilian territory, 8 of the reductions would remain in Paraguay, concentrated in what would become the Misiones and Itapúa departments. Some of these reductions, namely San Ignacio Guazú, Santa Maria de Fe and Santiago would become the foundation for subsequent towns in Misiones.

The town of Yabebyry was established in 1790, and later, during the presidency of Carlos Antonio López, the towns of San Miguel and San Juan Bautista were founded. When the Misiones department was created in 1906 as the San Ignacio department, these towns were made several of the department's first 8 districts, along with Santa Rosa, Ayolas and Villa Florida. When the department was renamed in 1945, its capital was moved from San Ignacio to San Juan Bautista.

Misiones department is relatively flat and crossed by a number of rivers and streams. The northern and southern borders of the department are formed by, respectively, the Tebicuary and the Paraná rivers, the latter of which is an important waterway in the region. A number of other streams cross the department, including the Yabebyry, Atingui, San Roque, Sauce, Uruguay, Ca'a Po'i, Tororo, San Tadeo, San Antonio and Itay.

The department is divided into ten districts: 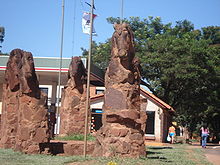 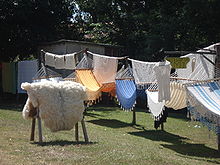 The basic economical activity of this department is the cattle breeding. This is the main production . Also they have pigs, sheep, horses and goats, this one is the least. Regarding the agriculture, the fields are mainly in the north and center of the department. In its lands they can grow rice, soya, corn, sweet oranges , sugar cane, sweet potatoes, cotton and potatoes.

Misiones is connected to Asunción and Encarnación via Route 1, the Mariscal Francisco Solano López Highway, which passes through Villa Florida, San Miguel, San Juan Bautista, San Ignacio, Santa Rosa and San Patricio. The southern part of the department is also accessible to the Paraná River, which is navigable by large cargo ships downstream of the Yacyretá Dam near Ayolas. The Route 4 connects Misiones with Ñeembucú department. Small airports are also located in San Juan Bautista and in Ayolas (Juan de Ayolas Airport) to the south.

There are numerous institutions which provide Pre-school Education, Elementary and Highschool . with Technical and Scientific emphasis.

Its main attractions are the beaches formed by the rivers Paraná and Tebicuary. Villa Florida is a beautiful city which offers pretty landscapes to its visitors. This department is known by the great work of evangelization by the Jesuits priests who founded the place with many reductions. A few towns still have the remains of this time such as the colonial churches. Part of the historical remains is exposed in the Museums with many samples of wooden carvings made by the Indians at the reductions.