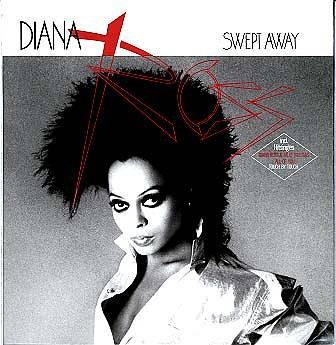 "Swept Away" is a 1984 album released by American singer on the RCA label. The album returned Ross back to chart success a year after her 1983 album, "Ross", tanked. This album yielded the top 20 songs the & produced "Swept Away" and the duet, "All of You", and the top 10 pop and number one R&B single, the produced "Missing You", which was a tribute to late soul singer , who was Ross and Richie's former Motown Records label mate and had died that year. It also included the top 20 R&B single, "Telephone", produced by . The album was certified gold by the end of the year, selling 800,000+ copies and peaked at #26 on Billboard's Top 200 Album Charts, making this her highest chart position until "Blue" and "I Love You" in 2006 and 2007 respectively.