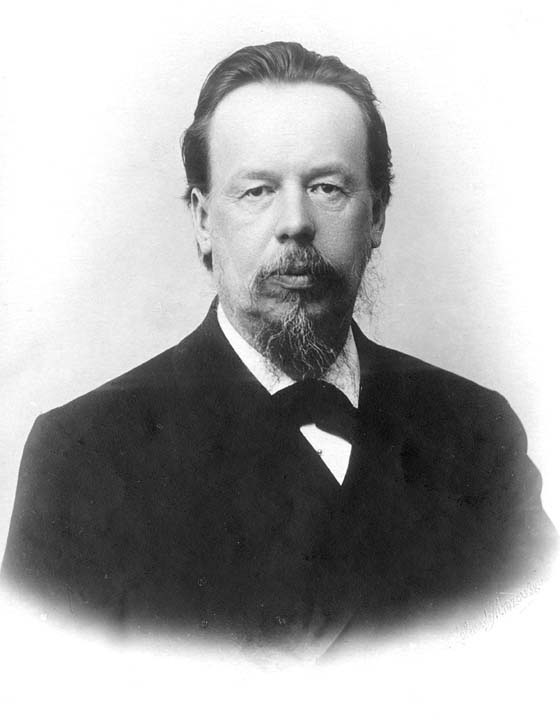 Alexander Stepanovich Popov ( _ru. Александр Степанович Попов) (Gregorian: - , Julian: - ) was a n who demonstrated the practical application of electromagnetic () waves, [cite web|title =Early Radio Transmission Recognized as Milestone|work=|url=http://www.ieee.org/portal/site/tionline/menuitem.130a3558587d56e8fb2275875bac26c8/index.jsp?&pName=institute_level1_article&TheCat=1008&article=tionline/legacy/inst2005/may05/5w.fhistory.xml&|accessmonthday=16 July |accessyear=2006] although he did not apply for a patent for his invention.

Beginning in the early 1890s he continued the experiments of other pioneers, such as . In 1894 he built his first radio receiver, a version of the . Further refined as a , it was presented to the on , &mdash; the day has been celebrated in the Russian Federation as "". The paper on his findings was published the same year. In March 1896, he effected transmission of radio waves between different campus buildings in St Petersburg. Upon learning about 's system, he effected ship-to-shore communication over a distance of 6 miles in 1898 and 30 miles in 1899.

Born in the village Turinskiye Rudniki (now , ) in the as the son of a priest, he became interested in natural sciences early in his youth. His father ensured that Alexander received a good education at the seminary at , and later studying physics at the St. Petersburg university. After graduation in 1882 he started to work as a laboratory assistant at the university. However, due to the bad funding of the university he changed to a teaching job at the in Kronstadt on .

Beginning in the early 1890s he conducted experiments along the lines of 's research. In 1894 he built his first , which contained a . Further refined as a , it was presented to the on , &mdash; the day has been celebrated in the Russian Federation as "". The paper on his findings was published the same year (, ). In 1896, the article depicting Popov's invention was reprinted in the 'Journal of the Russian Physical and Chemical Society'. In March 1896, he effected transmission of radio waves between different campus buildings in St. Petersburg. In November 1897, the French made a and based on in his own laboratory. According to Ducretet, he built his devices using Popov's lightning detector as a model. By 1898 Ducretet was manufacturing equipment of wireless telegraphy based on Popov's instructions. At the same time Popov effected ship-to-shore communication over a distance of 6 miles in 1898 and 30 miles in 1899.

In 1900 a radio station was established under Popov's instructions on island (Suursaari) to provide two-way communication by wireless telegraphy between the Russian naval base and the crew of the battleship "". The battleship ran aground on Hogland island in the in November, 1899. The crew of the "Apraksin" were not in immediate danger, but the water in the Gulf began to freeze. Due to bad weather and bureaucratic red tape, the crew of "Apraksin" did not arrive until January 1900 to establish a wireless station on Hogland Island. By , however, messages were being received reliably. The wireless messages were relayed to Hogland Island by a station some 25 miles away at Kymi (nowadays ) on the Finnish coast. Kotka was selected as the location for the wireless relay station because it was the point closest to Hogland Island served by telegraph wires connected to Russian naval headquarters.

By the time the "Apraksin" was freed from the rocks by the icebreaker "Yermak" at the end of April, 440 official telegraph messages had been handled by the Hogland Island wireless station. Besides the rescue of the Apraksin's crew, more than 50 Finnish fishermen, who were stranded on a piece of in the Gulf of Finland, were saved by the icebreaker "Yermak" following distress telegrams sent by wireless telegraphy. In 1900, Popov stated (in front of the ), : " [...] " the emission and reception of signals by Marconi by means of electric oscillations " [was] " nothing new. In America, the famous engineer carried the same experiments in 1893"." ["The Guglielmo Marconi Case; [http://www.mercury.gr/tesla/marcen.html Who is the True Inventor of Radio] ".] In 1901 Alexander Popov was appointed as professor at the Electrotechnical Institute, which now bears his name. In 1905 he was elected director of the institute.

In 1905 he became seriously ill, after being very uneasy about the suppression of a . He died of a on , which corresponds to , in the .