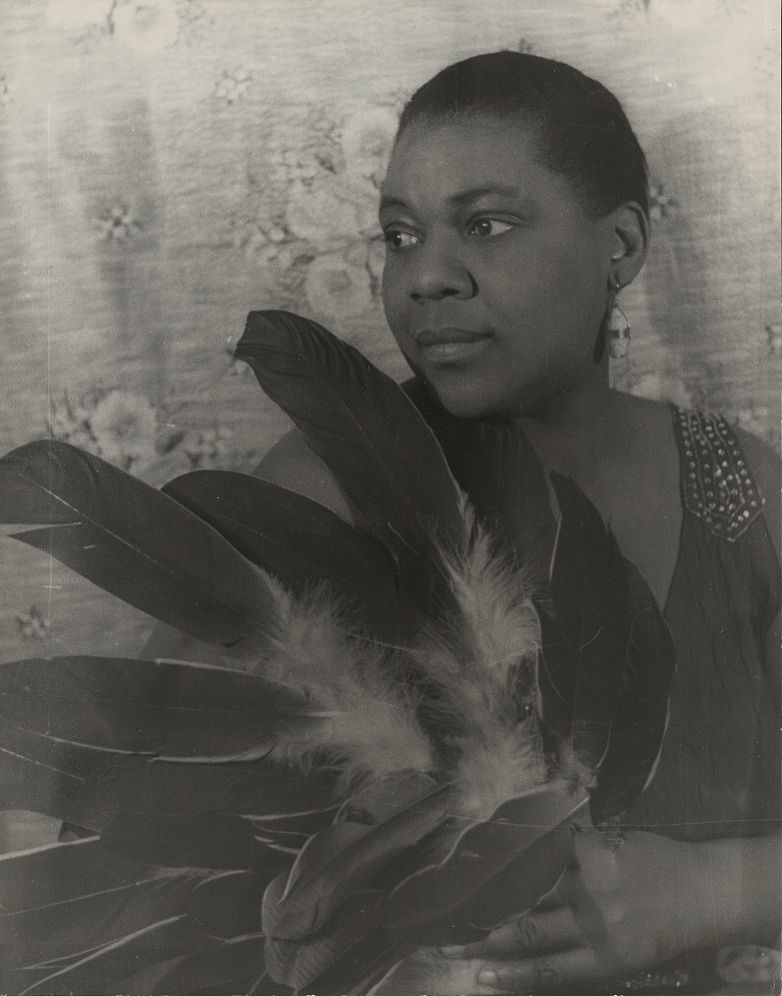 The most popular female singer of the 1920s and '30s, [cite book |last=Jasen |first=David A. |coauthors=Gene Jones |title=Spreadin' Rhythm Around: Black Popular Songwriters, 1880-1930 |publisher=Schirmer Books |date=1998 |pages=pp. 289 |month=September |isbn=978-0028647425] Smith is often regarded as one of the greatest singers of her era, and along with , a major influence on subsequent vocalists.

For the 1900 census, Bessie Smith's mother, Laura Smith, reported that Bessie was born in in July 1892. However, for the following census (1910), taken on April 16, her sister, Viola Smith, and the census taker agreed on or assigned her April 15, 1894, the day preceding the census; that date appears on all subsequent documents, and was the one observed by the entire Smith family. There also remains a census-based debate regarding the size of Bessie Smith's family. The 1870 and 1880 censuses report three older half-siblings, but these census reports are at odds with later interviews with her family and contemporaries.

She was the daughter of Laura (Owens) Smith and William Smith. William Smith was a laborer and part-time preacher (he was listed in the 1870 census as a minister of the , in Moulton, Lawrence, Alabama) who died before his daughter could remember him. By the time she was nine, she had lost her mother as well, and her older sister Viola was left in charge of caring for her sisters and brothers. [Albertson. Bessie (Revised and Expanded Edition), Yale University Press (New Haven), 2003. ISBN 0-300-09902-9.]

As a way of earning money for their impoverished household, Smith and her brother Andrew began performing on the streets of Chattanooga as a duo, she singing and dancing, he accompanying on ; their preferred location was in front of the White Elephant Saloon at Thirteenth and Elm streets in the heart of the city's community.

In 1904, her oldest brother, Clarence, covertly left home by joining a small traveling troupe owned by Moses Stokes. "If Bessie had been old enough, she would have gone with him," said Clarence's widow, Maud. "That's why he left without telling her, but Clarence told me she was ready, even then. Of course, she was only a child." [Albertson, 2003, page 11.]

In 1912, Clarence returned to Chattanooga with the Stokes troupe and arranged for its managers, Lonnie and Cora Fisher, to give her an audition. She was hired as a dancer rather than a singer, because the company also included .

By the early 1920s, Smith had starred with in "How Come?", a that made its way to Broadway, and spent several years working out of 's 81 Theater, performing in black theaters along the East Coast. Following a run-in with the producer of "How Come?", she was replaced by and returned to , where she had taken up residence. There, she met and fell in love with Jack Gee, a security guard whom she married on June 7, 1923, just as her first recordings were being released by . The marriage was a stormy one, with infidelity on both sides. During the marriage, Smith became the biggest headliner on the black ( T.O.B.A.) circuit, running a show that sometimes featured as many as 40 troupers and made her the highest-paid black entertainer of her day. Gee was impressed by the money, but never adjusted to show business life, and especially not Smith's . In 1929, when Smith learned of Gee's affair with another performer, , she ended the marriage, but never sought a legal . Smith eventually found a common-law husband in an old friend, Richard Morgan, who was 's uncle and the antithesis of her husband. She stayed with him until her death. [Albertson, 2003.]

All contemporary accounts indicate that Rainey did not teach Smith to sing, but she probably helped her develop a stage presence. [Albertson, 2003, pages 14-15.] Smith began forming her own act around 1913, at 's "81" Theatre. By 1920 she had established a reputation in the South and along the .

In 1920, sales figures for "Crazy Blues," an Okeh recording by singer (no relation) pointed to a new market. The recording industry had never aimed its product at blacks, but now the door had been opened and the search for female blues singers was on. Smith was signed by in 1923 when the label decided to establish a " records" series.

She scored a big hit with her first release, a coupling of "Gulf Coast Blues" and "," which its composer, had already turned into a hit on the Paramount label. Smith became a headliner on the black T.O.B.A. circuit and rose to become its top attraction in the 1920s. [Oliver, Paul. "Bessie Smith." in Kernfeld, Barry. ed. "The New Grove Dictionary of Jazz, 2nd Edition, Vol. 3." London: MacMillan, 2002. p. 604.] Working a heavy theater schedule during the winter months and doing tent tours the rest of the year (eventually traveling in her own railroad car), Smith became the highest-paid black entertainer of her day. [Albertson, 2003, pp 80.] Columbia nicknamed her "Queen of the Blues", but a PR-minded press soon upgraded her title to "Empress".

She made some 160 recordings for Columbia, often accompanied by the finest musicians of the day, most notably , , Joe Smith, , and .

Smith's career was cut short by a combination of the (which all but put the recording industry out of business) and the advent of "s", which spelled the end for . She never stopped performing, however. While the days of elaborate vaudeville shows were over, Smith continued touring and occasionally singing in clubs. In 1929, she appeared in a Broadway flop called "Pansy", a musical in which, the top critics agreed, she was the only asset.

In 1929, Smith made her only film appearance, starring in a two-reeler titled "St. Louis Blues", based on 's song of the same name. In the film, directed by and shot in Astoria, she sings the title song accompanied by members of 's orchestra, the Hall Johnson Choir, pianist , and a string section &mdash; a musical environment radically different from any found on her recordings.

In 1933, John Hammond saw Smith perform in a small club and asked her to record four sides for the Okeh label (which had been acquired by Columbia).

These performances, for which Hammond paid her a non-royalty fee of $37.50 each, were recorded on November 24, 1933. They constitute Smith's final recordings and are of particular interest because Smith was in the process of translating her blues artistry into something more "apropos" to the .

The accompanying band included such Swing Era musicians as trombonist , er Frankie Newton, tenor saxophonist Chu Berry, pianist Buck Washington, guitarist , and . , who happened to be recording with in the adjoining studio, dropped by for an almost inaudible guest visit. Hammond was not pleased with the result, preferring to have Smith back in her old blues groove, but "Take Me For A Buggy Ride" and "Gimme a Pigfoot" (in which Goodman is part of the ensemble) remain among her most popular recordings.

On September 26, 1937, Smith was severely injured in a car accident while traveling along between and with her lover (and 's uncle), Richard Morgan, at the wheel. She was taken to Clarksdale's Afro-American Hospital where her right arm was d. She did not regain consciousness, dying that morning. [Smith's death, and a popular, but now discredited, version of the circumstances surrounding it — namely, that she died as a result of being refused admission to a "Whites Only" hospital in Clarksdale (a myth started by jazz writer/producer John Hammond in an inaccurate article that appeared in the November 1937 issue of "Down Beat magazine") — formed the basis for 's 1959 one-act play "".]

Smith's funeral was held in on October 4, 1937. It was attended by about seven thousand people, according to contemporary newspaper reports. Far fewer mourners attended the burial at Mount Lawn Cemetery, in nearby . Gee thwarted all efforts to purchase a stone, once or twice even pocketing money raised for that purpose. The grave remained unmarked until August 7, 1970, when a new tombstone was placed, paid for by singer and Juanita Green, who, as a child, had done housework for Smith. [Albertson, "Bessie", pp. 2-5 and 277.]

The Afro-American Hospital, now the Riverside Hotel in Clarksdale, was the site of the dedication of the fourth historic marker on the . [cite web
url=http://www.post-gazette.com/pg/07025/756420-37.stm
title=Historical marker placed on Mississippi Blues Trail
publisher=Associated Press
accessdate=2007-02-09]

Recordings of Bessie Smith were inducted into the Grammy Hall of Fame, which is a special established in 1973 to honor recordings that are at least 25 years old, and that have "qualitative or historical significance."

Given the technical faults in the majority of her original ings -- especially variations in recording speed, which raised or lowered the apparent pitch of her voice, misrepresented the "light and shade" of her phrasing, interpretation and delivery, and altered the apparent key of her performances (sometimes raised or lowered by as much as a ) and, also, the fact that the "centre hole" in some of the master recordings had not been in the true middle of the master disc, meaning that there were wide variations in tone, pitch, key and phrasing as the commercially released record revolved around its spindle -- there is a significant, very positive difference in the performance that Smith delivers in the current digitally remastered versions of her work. A widely held view is that the American releases are somewhat inferior to subsequent transfers made by the late for .

*The turbulent life of Bessie Smith is the subject of the critically acclaimed play with music, "The Devil's Music: The Life and Blues of Bessie Smith," written by Angelo Parra (www.parrasite.homestead.com/Bessie.html), conceived of by director Joe Brancato (www.penguin.org) and starring Miche Braden. The play, featuring the songs Bessie made famous, has been performed at such prestigous venues as The Hartford Stage, Florida Stage, Cape Playhouse, Theatre Memphis, and the Passage Theatre to name but a few.

* wrote a song about Bessie Smith named after her (the song is included on the album "The Basement Tapes" by & The Band, first released in 1975). Singer included the song in a 2002 concert performance at the . Excerpt of the lyrics to The Band's "Bessie Smith":

* "", a 1996 album by the punk band , included a live piano-accompanied improvisation cover of Smith's "Graveyard Dream Blues" named "Graveyard Blues". The song starts with lead singer telling the audience that "This is a song by (...) Bessie Smith. This is from her to you..."

* In early 2006, UK / act paid tribute to Smith with their song "Bessie". Excerpt of the lyrics to Bad Music Inc's "Bessie":

"It's easy to forget, or not to be aware So let me take a moment, I've a legacy to share Bessie, Bessie sing through your pain..."

* Often the subject of concept albums, Smith has been paid such a recorded tribute by numerous singers, including , , and .

* Smith is mentioned in 's song "A Stone for Bessie Smith" on her album "Mythical Kings & Iguanas".

* The 1948 short story "" by and the 1959 play "" by both deal with Smith's death and say a whites-only hospital refused to treat her, although this has been disproved (see the article on the play). The Salinger story refers to a fictional blues singer named Lida Louise Jones, whose life and death have similarities to Smith's.

* The Israeli "Don't Call Me Black!" includes a song entitled "Who Murdered Bessie Smith?", discussing the question regarding the ownership of responsibility for Smith's death.

* Her song "See If I'll Care" was used by the early 1990s band Indian Summer for their song "Angry Son", in which they play their own instruments over her version.

* makes frequent reference to Bessie Smith in "The Dream Songs".