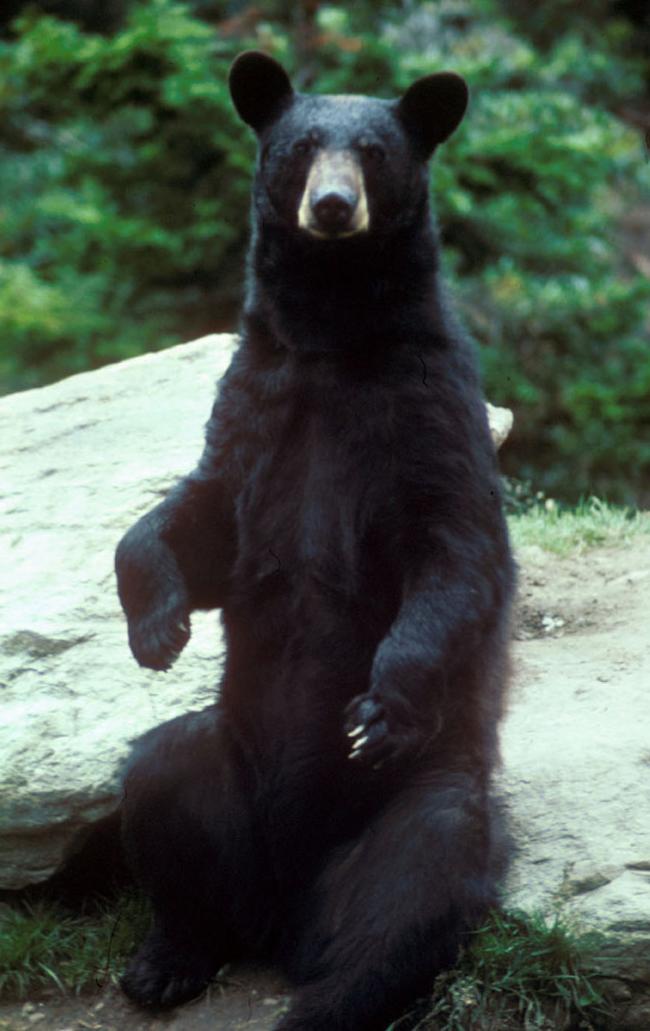 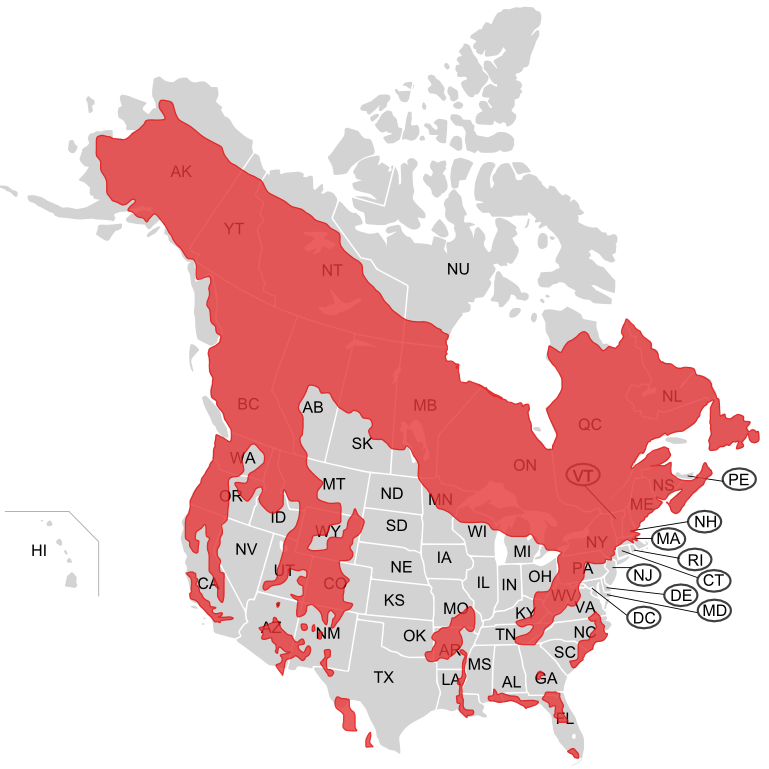 synonyms = "Euarctos americanus" The American Black Bear ("Ursus americanus") is the most common native to . It lives throughout much of the continent, from northern south into and from the to the . This includes 41 of the 50 s, all Canadian provinces except , and some of Mexico. Populations in the remain in the protected mountains and woodlands of parks and preserves, though bears will occasionally wander outside the parks' boundaries and have set up new territories, in some cases on the margins of urban environments in recent years as their populations increase. Although there were probably once as many as two million Black Bears in North America long before European colonization, the population declined to a low of 200,000 as a result of habitat destruction and unrestricted hunting. By current estimates, more than 800,000 are living today on the continent. [http://biology.usgs.gov/s+t/noframe/c286.htmDead link|date=October 2008|date=October 2008] It is a close relative of the Asiatic Black Bear with which it is thought to share a European common ancestor.