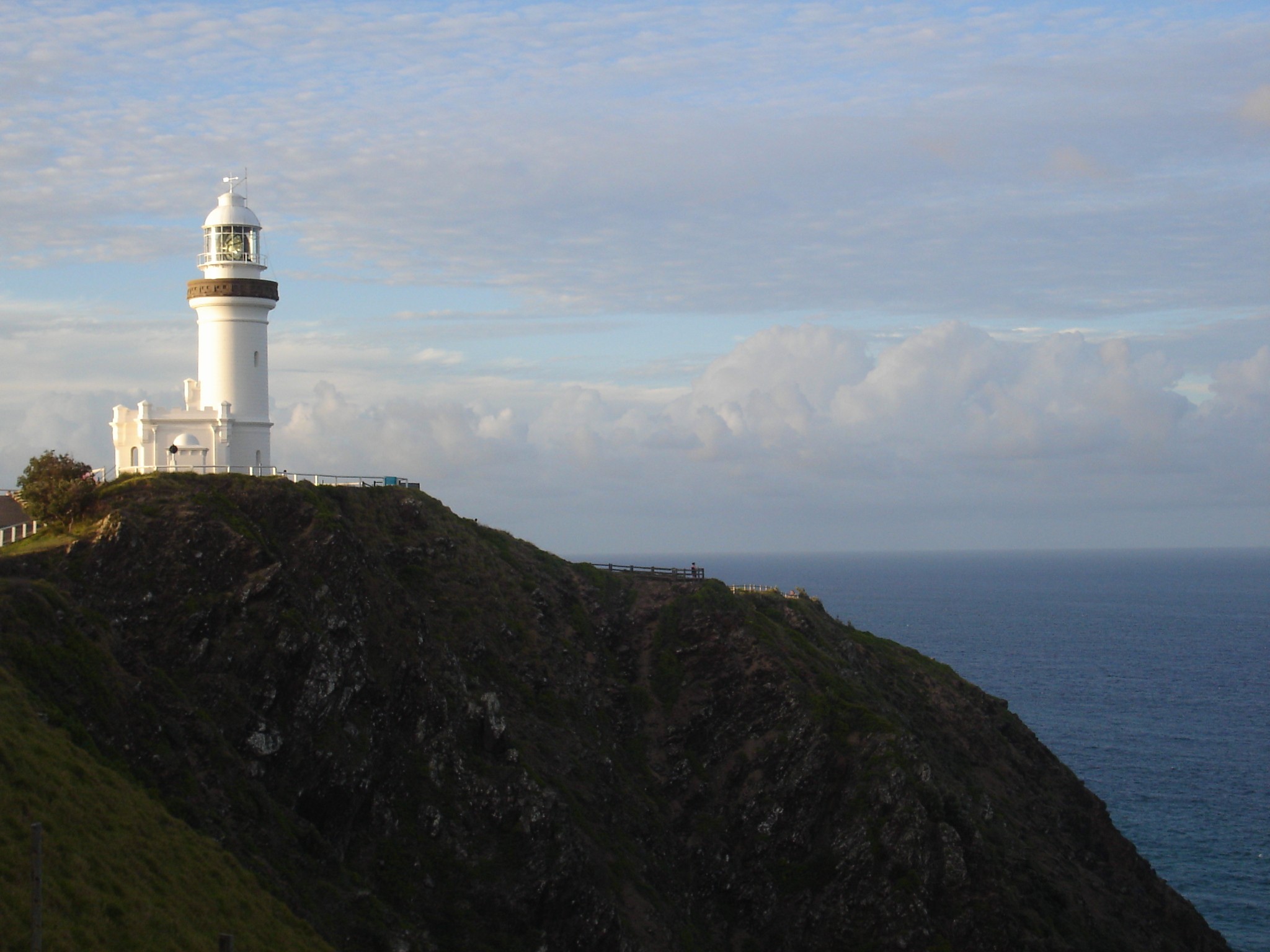 Byron Bay is a town in the state of on the easternmost point of mainland . The town is the nucleus of Byron Shire, which has in excess of 30,000 people (ABS est. 2003). named after circumnavigator , grandfather of English poet Lord Byron.

Byron Bay is located 759 kilometres north of and 140 kilometres south of . , a headland adjacent to the town, is the most easterly point of .

The town has several beaches which are popular for . It is a resort popular with both domestic and international tourists, including backpackers, who travel along the Australian coast, and the scenery attracts sky divers. The area is also noted for its wildlife, with the industry a significant contributor to the local economy.

An connects from the Byron Bay hotel in the centre of town out to the lighthouse and visitors are encouraged to choose sustainable options for moving around town like walking and cycling.

Byron Bay is the place where the temperate and tropical waters merge, making it a popular area for and . Most diving happens at , which is now part of the recently established Cape Byron Marine Park and only a few minutes boat ride from Main Beach.

The town is popular with visitors and residents from all socio-economic backgrounds and walks of life. It is famous for its laid back and alternative lifestyle, but also has a higher proportion of (27%) than any other town in Australia.Fact|date=November 2007

Byron Bay is part of the erosion of an ancient , the , which erupted 23 million years ago. The volcano formed as a result of the moving over the .

Before it became a renowned surfing and tourist spot, Byron Bay had a history of primary industrial production (dairy factory ["Creamery Tramway at Byron Bay" Longworth, Jim Australian Railway Historical Society Bulletin, October, 1996 pp295-298] , abattoirs, whaling until 1963, fishing) and was a significant, but hazardous, sea port. The town was established in 1885 and was originally known as Cavenbah. Its name was changed to Byron Bay in 1894. In 1895, the Norco Dairy company was established in Byron Bay. [http://www.norco.com.au/publish/history/index.php] The lighthouse was built in 1901 at the most easterly point on the Australian mainland.

Events held at Byron Bay include retreats, pagan gatherings Fact|date=September 2008, music festivals such as the at Easter and , the Byron Bay Writers Festival, the Byron Bay Film Festival and the Byron Underwater Festival