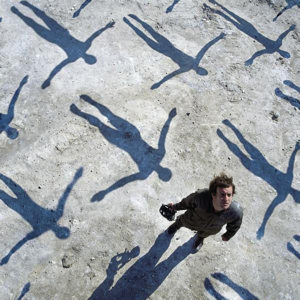 "Absolution" is the third by English alternative Muse. It was released on , in the UK and on , in the U.S. by Taste Music Limited. The album yielded the band's first big American hits - "Time Is Running Out" and "Hysteria", the former becoming their first UK Top 10 single.

The band spent much of 2002 recording "Absolution" with producer Rick Costey. The album was recorded in studios in both Los Angeles and London.

The album incorporates themes of fear, mistrust, personal achievement and joy. Bellamy said that the beginning of the had an effect on their songwriting.

"Absolution" was Muse's first album to chart in the US, and is credited with establishing the band a fan base there.

The first release from the album was download-only single "Stockholm Syndrome".

Initial copies of the CD featured inlay errors, where the songs "Interlude" and "Hysteria" switched places on the track listing.

#"The Making of Absolution" documentary(Also Hysteria and Interlude positions are switched on the tracklisting, yet this is not the case on the album)

This bonus CD is entirely composed of live versions, recorded at the in , for Australian radio station and broadcasted in the radio show "".